The Walking Dead - Issues 1, 100 and an Inventory of Rarities

This journal by StephenWA provides a review of iconic The Walking Dead issues, starting with #1 from October 2003, issue 100 from 2012, and identification and analysis of the TWD rarities. In its first section, it includes analysis of the original two covers plus 251 other reprint and variant covers (which are all listed below) over seventeen years and its prowess in the CGC Registry and in the re-sale market. It also highlights the all time "Top 10" comics by number of variant covers. With 253 different covers on English language editions, where will TWD #1 feature on this list? 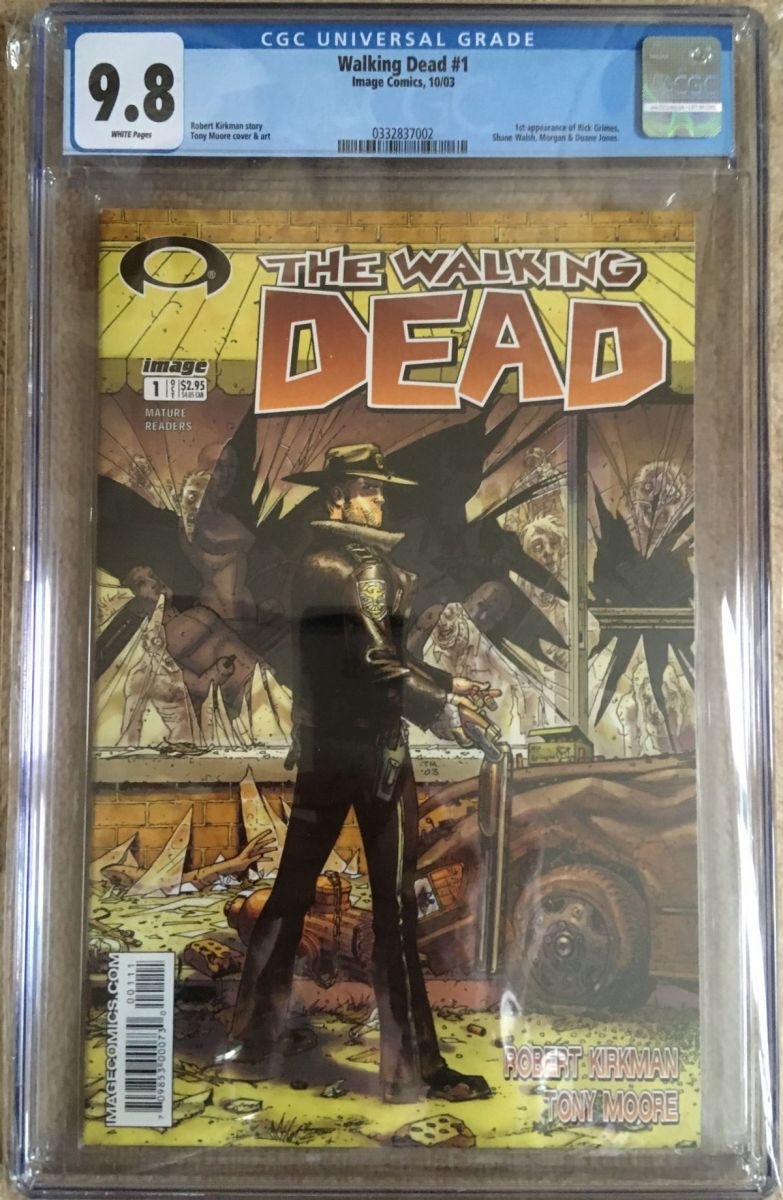 This comic was published (and republished) in four broad periods:

The original comic has been re-issued a staggering 251 different covers in the English language*:

And the winner in 1st position = The Walking Dead #1 (2003) with 253 reprint and variant covers as described above.