I seem to have stumbled upon a theme week routine here, so let's keep it up looking at some more Kirby Fourth World in detail.  Before the holiday, we had the 1st cameo appearance of Darkseid in SPJO#134, so let's see what else he was up to leading up to his first full appearance. 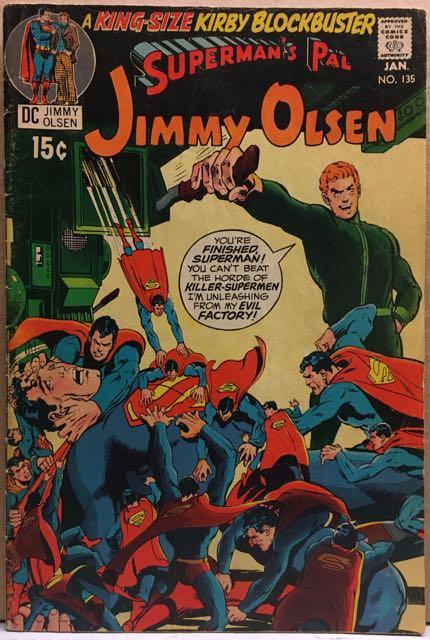 I can definitely appreciate what Kirby was going for, with the slow reveal of Darkseid to build up tension, but it sure makes for some lackluster first appearance issues (plural intentional).  Once again, we get a glimpse of Darkseid through a communication monitor.  At least we get two panels this issue, with a nice menacing close up on his eyes...bonus! 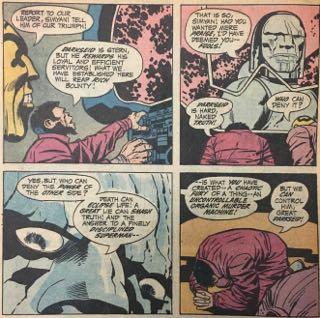 This issue was part of the 3 issue lot that I scored at auction, and is in probably the worst shape of the three.  Waiting for the right upgrade to drop into my lap.  Fantastic Neal Adams cover on this one, as I always love the covers with multiple versions of Superman on them.

His 3rd appearance is his first full appearance, and that happens in Forever People #1 from March 1971. 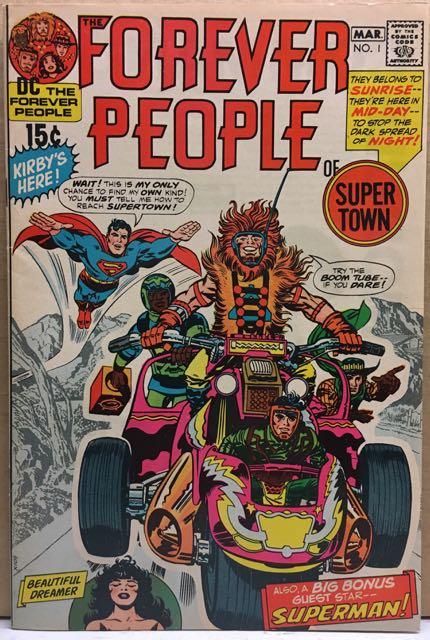 This is one of those tough issues to get from this run with a bone-white background.  As you can see, my copy has some discoloration along the top, and most noticeably on the back cover.  Still, not a bad purchase for $20 back in 2014.

As for Darkseid, Kirby teases us again with another communication terminal pic... 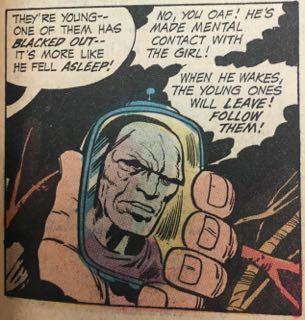 ...before going full monty later on in the issue. 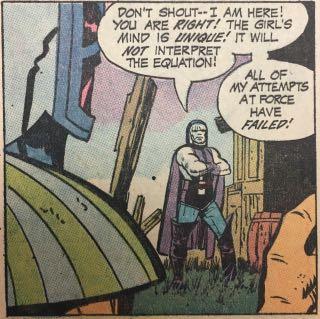 And that's about as good as it gets.  For such an important character in the overall DC universe, he sure does limp into continuity one weak panel after another.  He doesn't even get a good cover appearance during the entirety of the original Fourth World run of titles.  His head appears on New Gods #2, and his silhouette appears on the final issue of Mister Miracle, and that's about it...unless I'm missing one?