Continuing our look at the DCCP title, without a doubt DC Comics Presents #26 is the big dog of this run, featuring the first appearance of The Teen Titans. 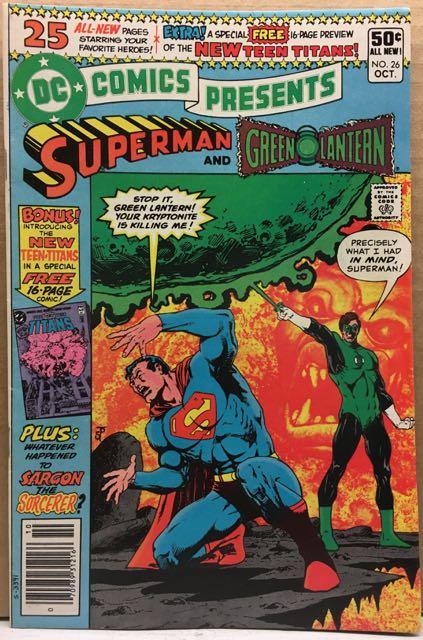 As it turns out, I don't think I've ever read it.  Call me a blasphemer, but I don't think I've read any of the Wolfman/Perez run.  It's not that I have anything against it, as I'm a big fan of George Perez in general (by way of The Avengers).  It's one of those runs that will one day fall into my lap, or not.  It's just that up until this point, it still hasn't.

In the meantime, give me five minutes, as I'm going to read this...live!

Most important, I also never realized that this was an original story and had always assumed that it was just a preview of story and art from the first issue, pre-printed here.  I guess that makes more sense now why this issue is so sought after for Teen Titans fans.  And for first appearance fans in general, as this issue also covers Cyborg, Starfire, and Raven.  It's kind of a shame actually, as this preview robs that classic George Perez cover for issue #1 from being associated with the first appearances of some iconic characters.

I guess iconic is a relative term, but I have a ten year old son, which means that I have probably seen every episode of Teen Titans Go! a dozen times each.  I couldn't help myself when reading the book from mimicking the voices from the show, lol.  It's the one "kids" show that I enjoy watching, as the writing is whip-smart and genuinely funny.  I do find it strange that my son knows who Raven, Starfire and Beast Boy are, and that knowledge didn't stem from me!  I'm sure there are a legion of ten year old's out there just like him.  If that isn't iconic, I don't what is!

Earlier in the year, I was trying to explain to my son that when I was in school the entire school had to share one computer.  The computer had its own room, and if you were well-behaved you could sign up for free time on the computer to play Oregon Trail.  I don't think I've ever seen someone so confused as I tried to explain to him how "fun" playing Oregon Trail was.  Anyways, two weeks later he comes running into my office to let me know that Teen Titans Go! was doing a whole episode satirizing the Oregon Trail!  It's such a good episode, and did a much better job of explaining it than I did.  "You have died of dysentery" has been a favorite call back line for us ever since!

Anyways, back to Superman...this issue's main story is plotted and drawn by Jim Starlin, but it's not really good Starlin.  Best to move on, before something drastic happens... 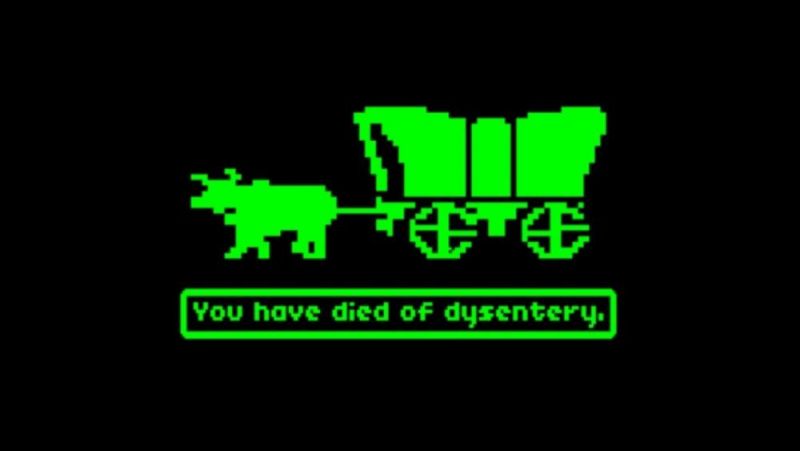