Once Dazzler #1 came out in March of 1981, there were countless 80's issues that have two versions of covers. Those with the barcode on the cover(news-stand editions) and those with an image in it's place(Direct editions). They also vary slightly in the spot where the issue number and price are.

A fellow collector, TNerb, recently wrote in a journal that he will pass up on any graded comic with the barcode on the cover. Personally, I agree with the choice on a purely cosmetic level. The direct editions are definitely prettier to look at, however, another thing to consider is the simple fact that if the comic was a news-stand edition, it was sitting on some metal rack in a convenience store or on a shelf in some regular bookstore.

That means that countless people (mainly kids) would handle them or flip through them causing damage of some sort in almost every case. As a result, there are nearly NONE of the news-stand editions that could EVER reach a 9.8 or better grade.

The art on the cover remains exactly the same between editions, so while I prefer the direct editions, I have no problem purchasing a news-stand edition since in my mind, it is actually A MUCH RARER THING TO POSSESS!

I would never presume to say that because of this, news-stand editions should be worth more registry points than direct editions. This will more than likely never happen due to the difficulty of updating all the comics involved in the registry, as well as the fact that not everyone will agree with me, but I think it's worth at least talking about.

So while my copies of New Mutants #17, Alpha Flight #10, Thor #374(in my Mutant Massacre set), and even my Star Wars #103 are news-stand copies, they are THE RARER copies of these issues in 9.8! I might get direct edition copies of some of these down the road, but a 9.8 is a 9.8 no matter which version it is.

Hopefully this gives you something to think about and gets your mind working considering the possibilities. I've loved comic collecting for most of my life, and having a chance to express my views in a community like this is fantastic.

Keep up the collecting everyone! 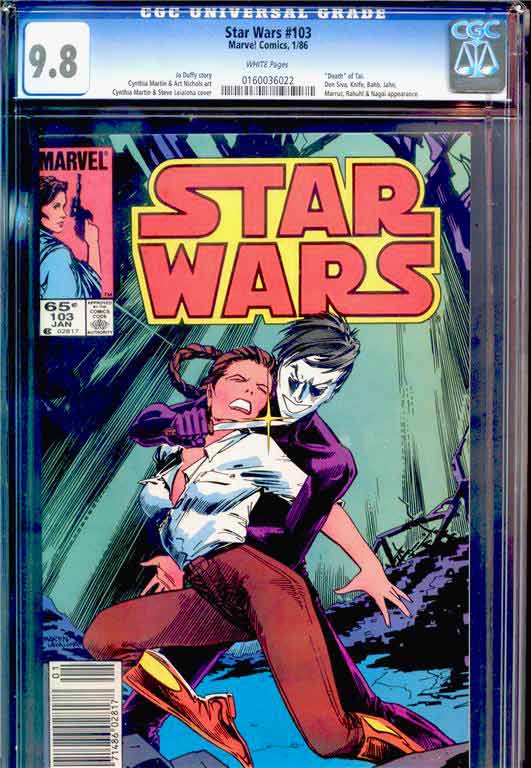