So I was ruminating on the state of my Superman collection the other day, as I am getting close to checking off all of the 12¢ books from Superman and Action Comics.  That made me curious as to how far back I could get in my collection, and have the entire month of Superman books represented.  I figured it would be early in the 12¢ run somewhere, but to my surprise it was late in the 10¢ era instead. 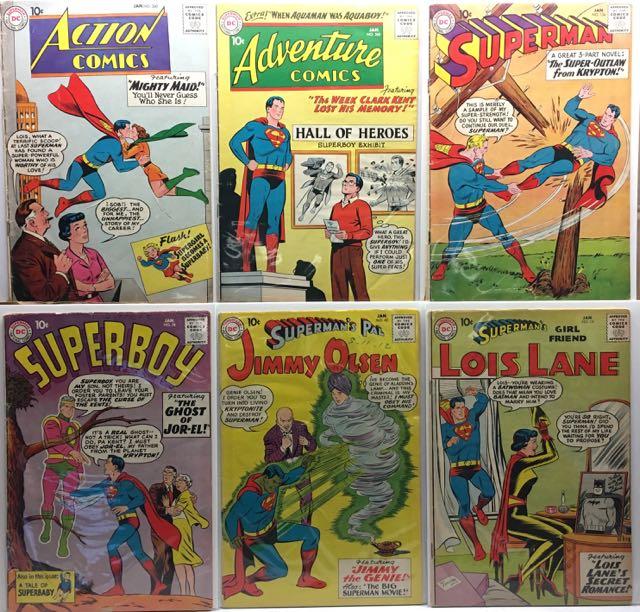 Step out of the time machine, and welcome to the world of November 1959!

Now I know what your thinking..."Hold up, how can there be a story of Supergirl when she was a baby as she came to Earth as a teenager?"  Blame it on the fountain of youth she inadvertently swims through while rescuing a drowning native in a far off exotic island.

And that is why Silver Age stories never get boring.  There's always a fountain of youth around when you need one to spice up a story!

While the cover for Superman's Girl Friend Lois Lane #14 teases a Batman appearance, it's not to be.  It's all a ruse by Supergirl meddling in her cousin's love life trying to make Superman jealous. 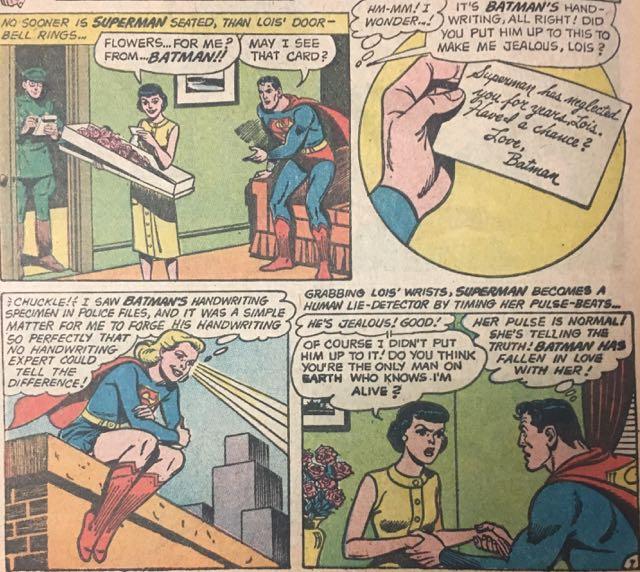 This is Supergirl's first appearance in Lois' book and her third outside of Action Comics, after guest-starring in Jimmy Olsen's and Superman a few month's prior.

The Superboy #78 is the real winner from this month however, as not only do you get a great Jor-El cover, but all three of the stories inside are gems.  Since the aforementioned debut of Supergirl had just happened and proved a hit, I guess Superboy wanted to get in on the action as the opening story has Clark changed to Claire Kent, Super-Sister! 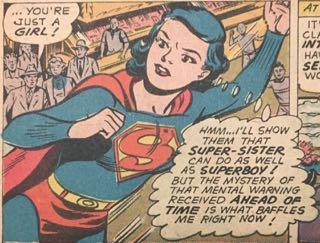 Hey kids, look!  It's Supergirl as a brunette!

The second story gives us the origin of Clark's super-suit, while the last one gives us a view into the early life of Mr. Mxyzptlk and the origin of their longstanding feud.  Good stuff! 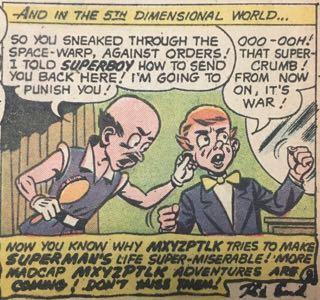 All in all, a solid month, and it's especially great if you are a Supergirl fan.  I do wonder though, how this period played out if you were a Superman fan who was still of the age where girls had cooties.