Hey all!  I've been on the boards for a few years and I've enjoyed every minute of it.  You really cannot beat this place in terms of the collective knowledge provided by its members, the images of their books/collections or the general kindness displayed not only for other members (who actually know each other) in times of need, but everyday from stranger to stranger.  Ok that was a crazy long sentence.  Hopefully I won't have too many of those in my entries

I've always been a huge Captain America fan.  I feel like I gravitated towards Captain America due to the fact that for all his might and fighting ability, at the end of the day he's just flesh and blood.  He cannot shoot beams out of his eyes.  He cannot fly.  He cannot turn invisible or read your mind.  Sure, he's been enhanced beyond that of a average human being but he still remains one.  For all his super powers he lacks, he makes up for in raw grit and determination.  At the end of the day he still gets the job done...and he doesn't back down to anyone.  After acquiring his complete silver, bronze and modern series (up to 2006), I knew I had to have his original golden age series!  This of course, I knew was going to be a lifelong journey as I am just an "average" guy with a "average" paying job!  There's only 79 issues issues in the GA Captain America run (counting the annual of course)...how difficult or expensive could it be?!

With my budget it wasn't difficult to see that I'd have to settle for grades between 2.0 - 4.0.  Some cheaper issues I am sure I can grab above a 4.0 but that will have to be my top grade most of the time if I plan to collect them all.  This was fine with me as GA books in this grade range can still be plenty presentable.  I planned to stay away from detached covers, restored or incomplete books except for the most expensive issues.

My first Captain America Comics issue I bought was a raw #53 off eBay in the summer of 2014.  I would grade it at a 1.8 - 2.0 due to some heavy staining on the back cover that goes into the last few pages and some water damage at the top on the comic that is on every page.  It doesn't affect the art.  There is a also a few tears up to an inch long on two pages inside.  No missing pieces though.  Pages are light tan to cream colored and supple.  There are no significant detractors from the front cover which is great!  Despite it's flaws, I still got quite the rush when reading it for the first time.  To think where this book had been in the 68 years since it was first put on the comic rack and how many people had read it prior to me?  It was now mine and it was the 1st of 79 in my quest to own them all! 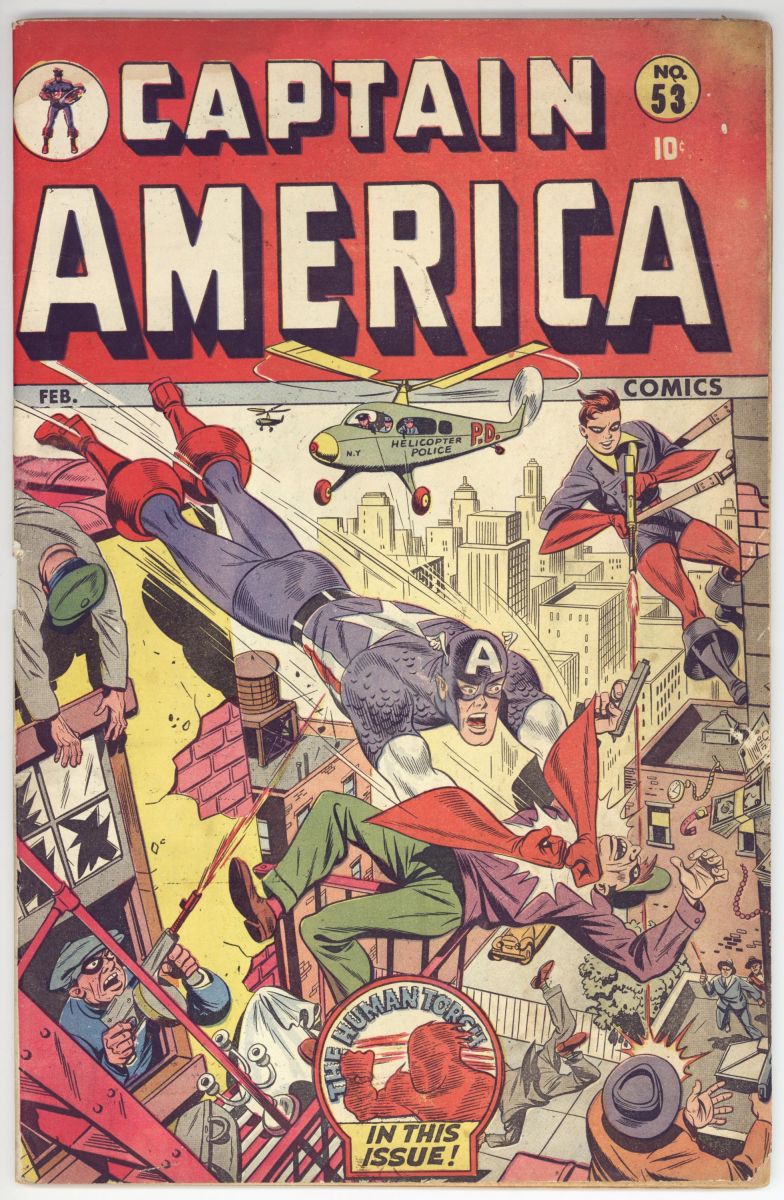 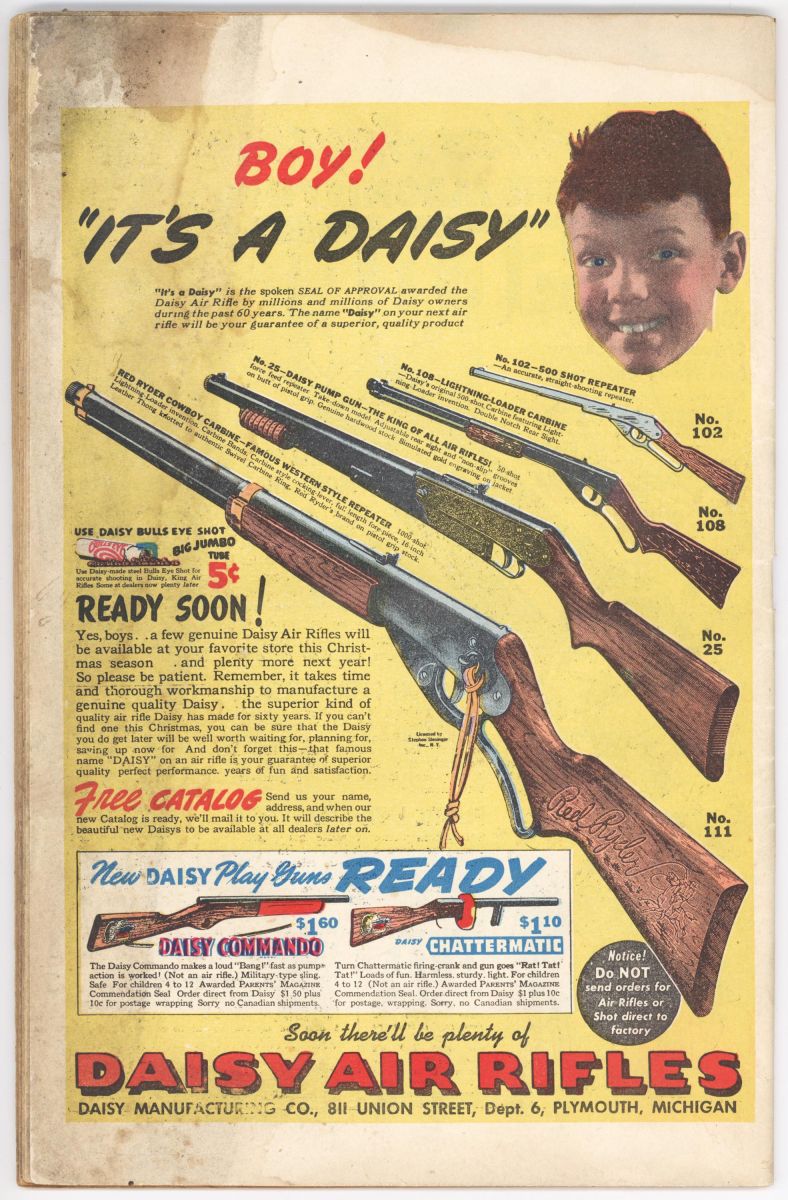 I wanted to approach the accumulation of these GA comics in a semi organized way, but how?  Starting from #1 wasn't possible since those early issues were too far out of budget.  So, I decided to start at the last issues and work my way towards #1.  I wouldn't, however, limit myself to picking up a book randomly in between if it was a decent deal.  Looking at all of the Captain America Comics covers, one caught my eye in particular. Captain America Comics #74!  Awesome red frame cover with the Red Skull and a strange horror vibe.  I had to have it!  So did many other collectors apparently and I quickly learned it was in high demand and price.  The hunt of #74 was on...