It was now late July of 2015 and Boston Comic Con was approaching in less than a month.  I knew Ken Bald and Allen Bellman would be attending so I wanted to get a book that they both had artwork in that they could sign.  I also planned to have Stan Lee sign this book as well since I had a "Stan Lee VIP Experience" ticket which included a signature from him for free.  After doing some research I eventually found a Captain America Comics #73 on Metropolis Comics.  It was a CGC 3.5 which fit perfectly in my grade range and it featured artwork by both Allen Bellman and Ken Bald!  Also of note, this copy was a "Canadian Edition".  "What the heck is that?!" I thought.  It intrigued me and I quickly went to the CGC census to look at how many copies there were.  It turned out that this 3.5 was just one of three copies ever graded.  That's minuscule compared to the thirty graded US editions!  Perhaps Canadian editions are seen as inferior to the US editions since they came out after the US editions but I didn't care.  From this point forward I wanted to seek out the Canadian edition of any Captain America Comic I could.  According to the census, Canadian editions only exist for Captain America Comics issues #66(two versions? 4/1948 & 8/1948), #67, #68, #69, #70, #72, #73, #74 & #75.  The total copies graded for these issues is 4, 1, 1, 1, 2, 1, 3, 2 & 2 respectfully.  That's just 17 total Canadian editions graded from 11 different issues!  Are these really this rare or are collectors not getting them graded due to being Canadian? 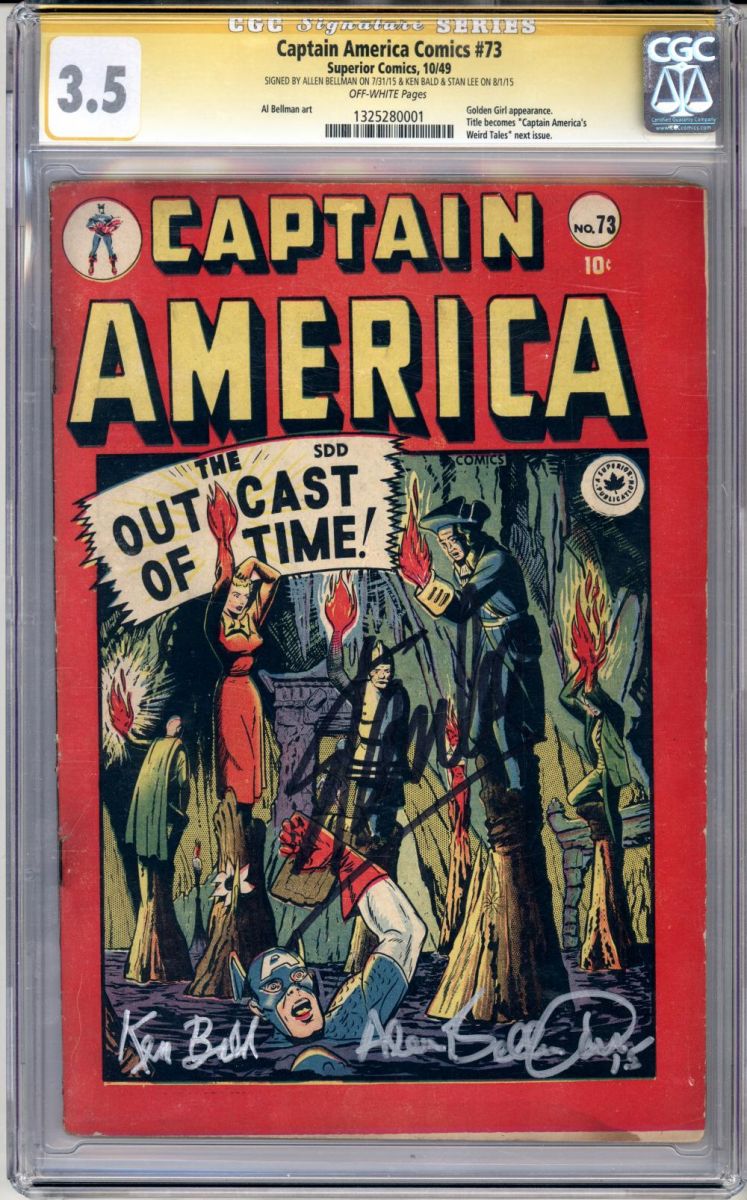 Ken Bald and Allen Bellman signed very neatly on the bottom where it did not cover any art.  Stan Lee, on the other hand, grabbed my book out of my hand and scrawled this big old signature right in the center of the cover.  I've never seen a signature that big...like ever

After my spate of purchases leading up to BCC and the cost of BCC itself I was pretty much tapped out for my yearly comic budget!  I only purchased two more Captain America Comic before the end of the year.  Randomly logging into the CGC boards marketplace at 1am on October 26th I came across a board member selling a raw Captain America Comics #75...and it was a Canadian edition!  I couldn't believe it!  I instantly hit the

and inside a week I had it in hand.  There are only two copies graded on the census but including this copy and one other raw copy I've seen, there are only four copies I know of to exist at this point. 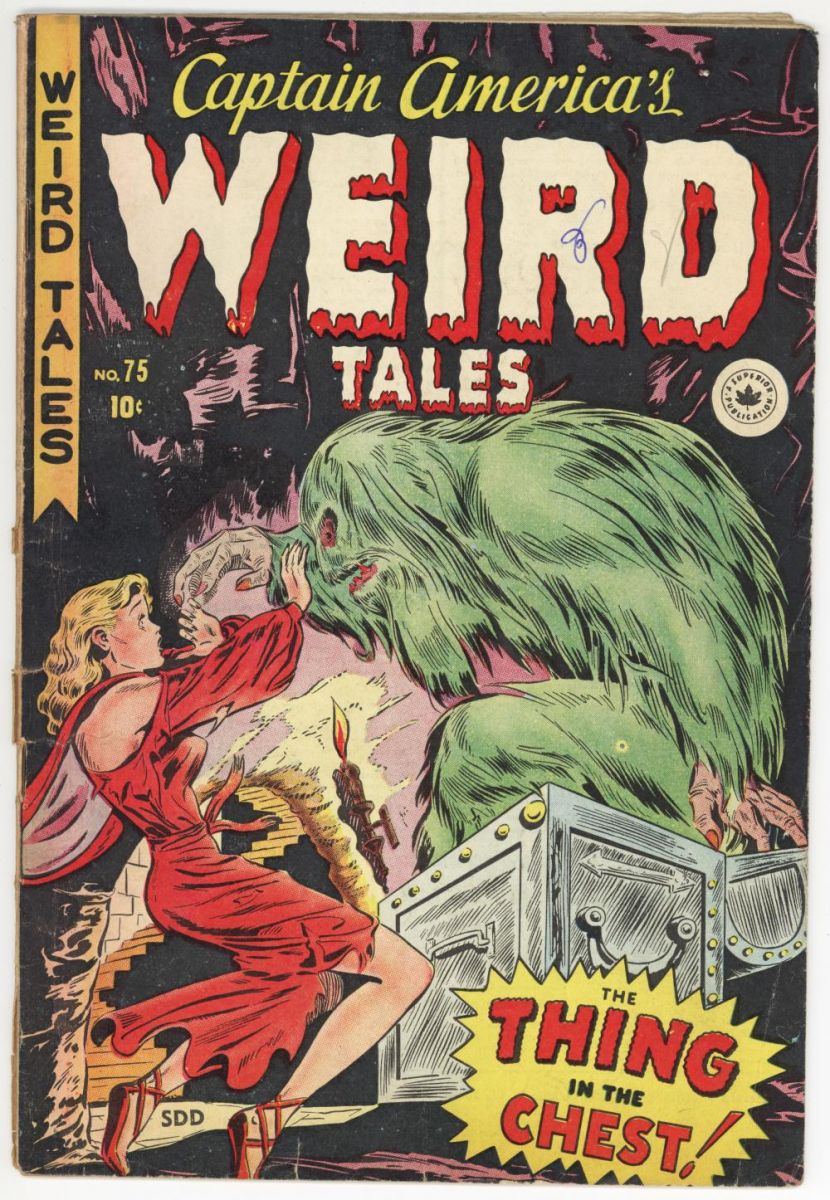 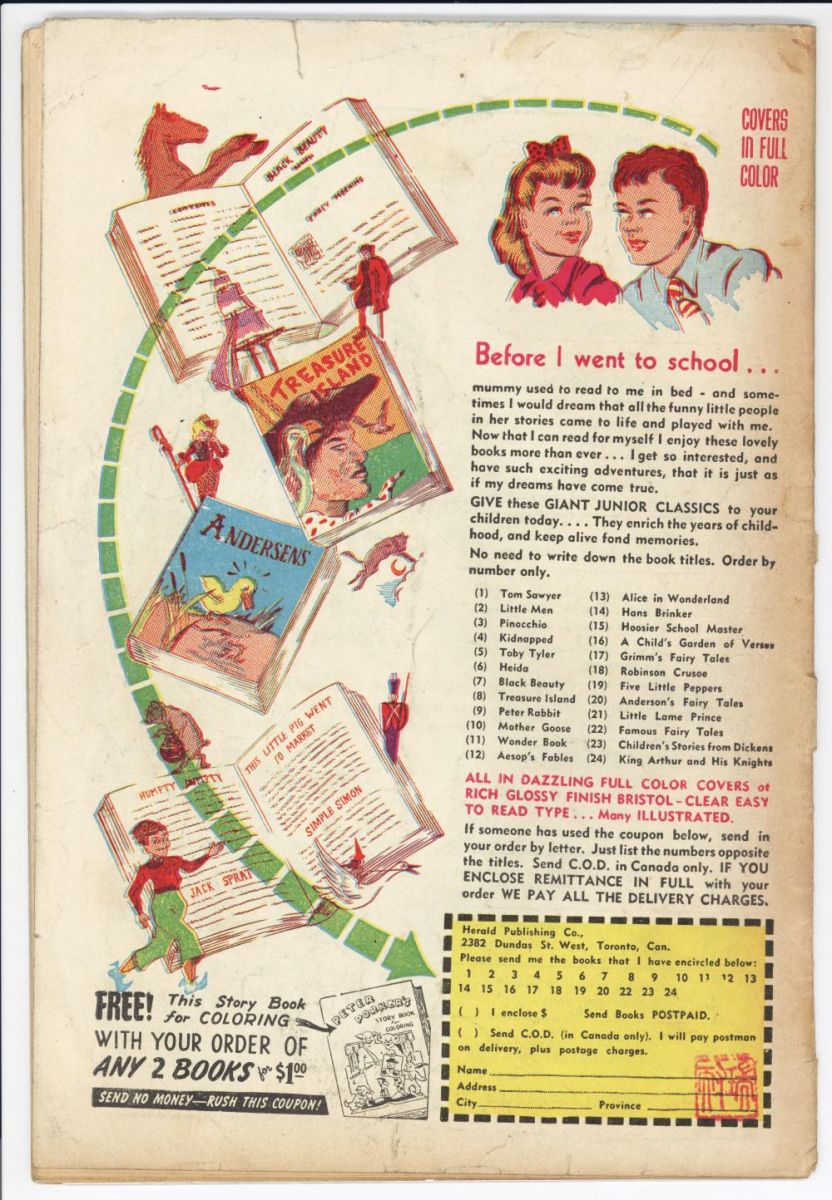 My last Captain America Comics purchase of 2015 was issue #71 CGC 3.0 which I had been watching on eBay for a while.  Week after week the book would not sell so the seller dropped the price by $50 each week.  This went on for three weeks before I pulled the trigger.  I didn't think the original price was too bad to begin with so I had expected to see someone buy it at any time.  Fortunately, I must have been the only one paying attention to this auction as I was able to 'Buy-It-Now' three weeks later for $150 less than original asking price.  It took longer than I would have hoped to receive it (which is saying something since I am patient to a fault) but I finally received it almost three weeks later. 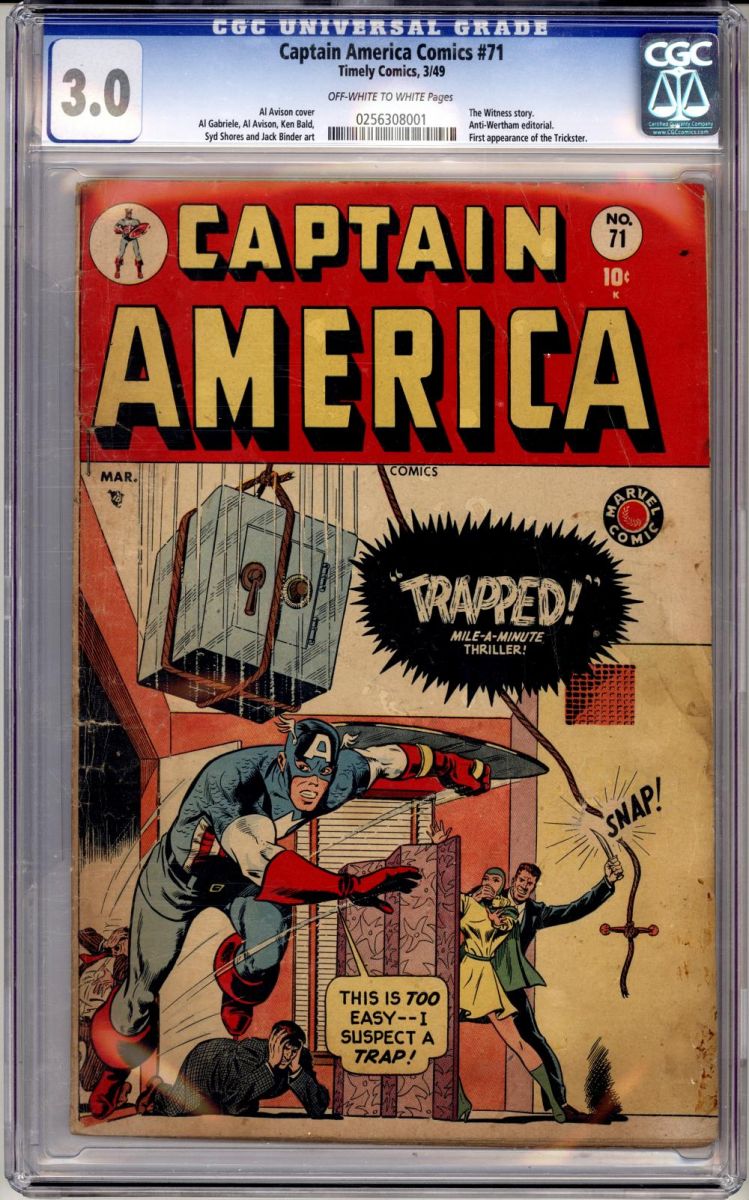 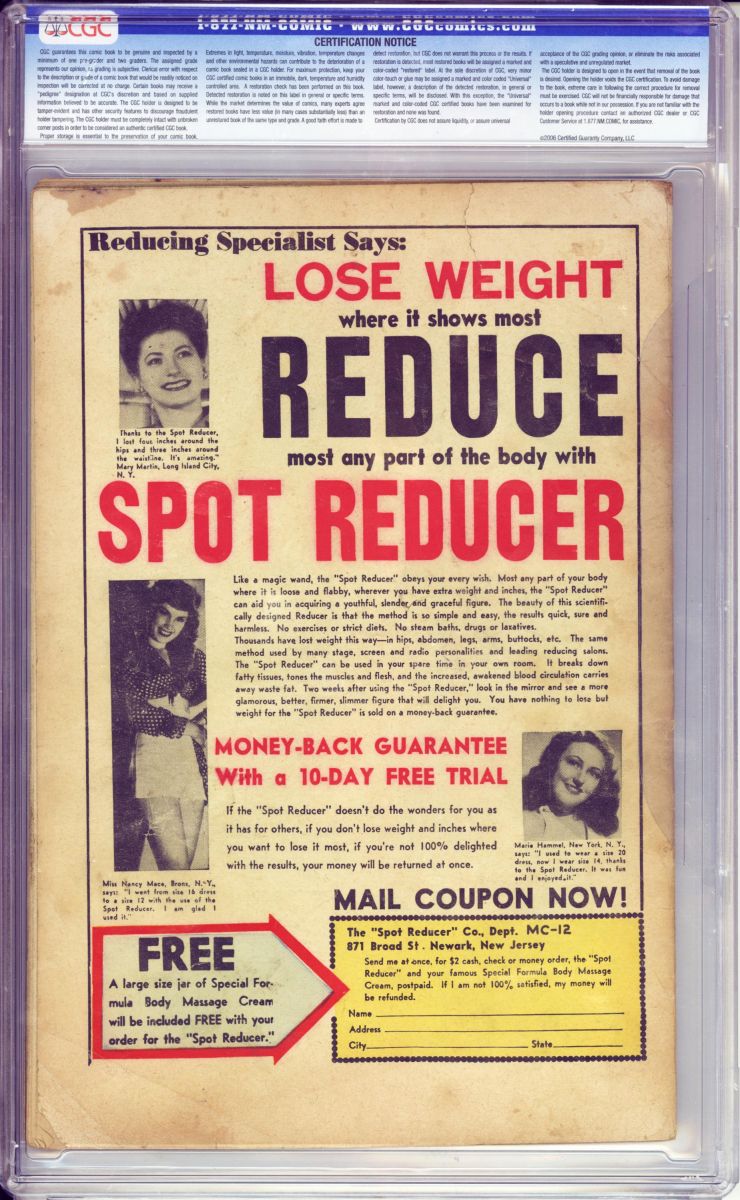