As 2016 rolled around my focus on my Captain America Comics run momentarily took a back seat to other interests.  I was exploring Pre-code Horror, Matt Baker and Good Girl Art and even some hot modern books like Harley Quinn #1 Adam Hughes variant and Supergirl and the Legion of Superheroes #23.  Both of those later books I would buy in 9.8 and plan to get signed my Adam himself at Boston Comic Con but he cancelled at the last moment.  Throughout the year I ended up selling most of the non Cap books I bought which further cemented the fact that my real love is for Cap and that I needed to keep on track! 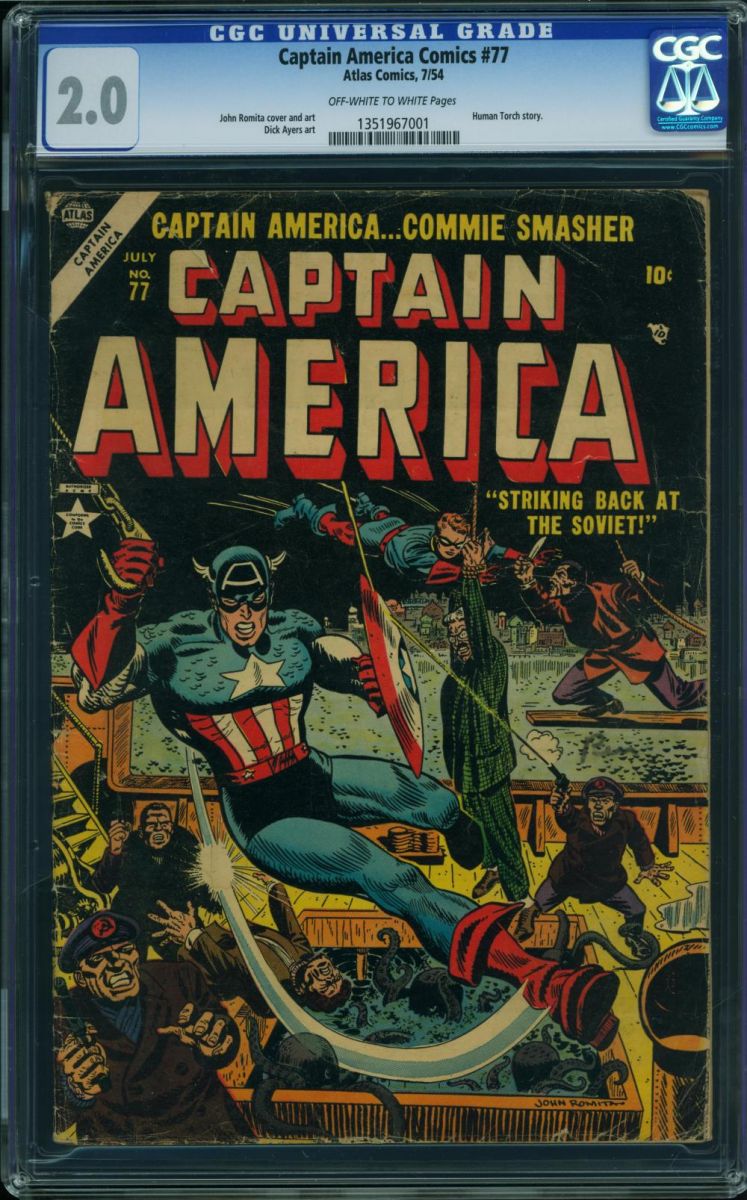 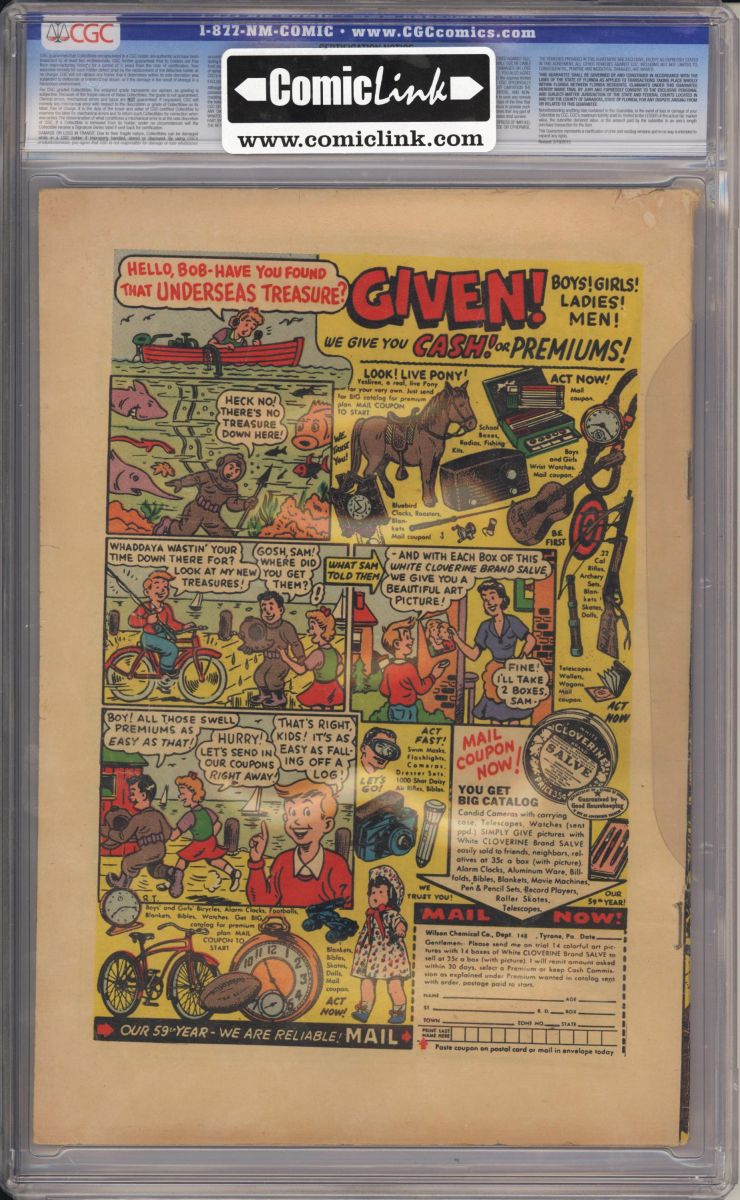 Not even a week after buying the Cap #77 a sales thread was opened on the boards offering a Cap #74 CGC 4.0...Canadian Edition!  It had already sold by the time I opened the thread which had me bummed since I knew there were only two graded copies on the census and the chance of seeing either of these again might not happen for a while.  I expressed my

in the thread and out of some miracle the seller realized the Canadian Edition was NOT the one he was looking for!  He offered it to me but I had to agree quickly.  I of course said yes even though I knew I'd have to sell my undercopy I had bought just a year and a half earlier to recoup funds.  So I sold my undercopy, which, when graded by the buyer came back a 2.5 WHITE pages to upgrade to what remains as the centerpiece to my Captain America Comics run!

I will forever be grateful to the board member who sold this book to me.  It just goes to prove that there's no better comic book forum on the internet than here, folks! 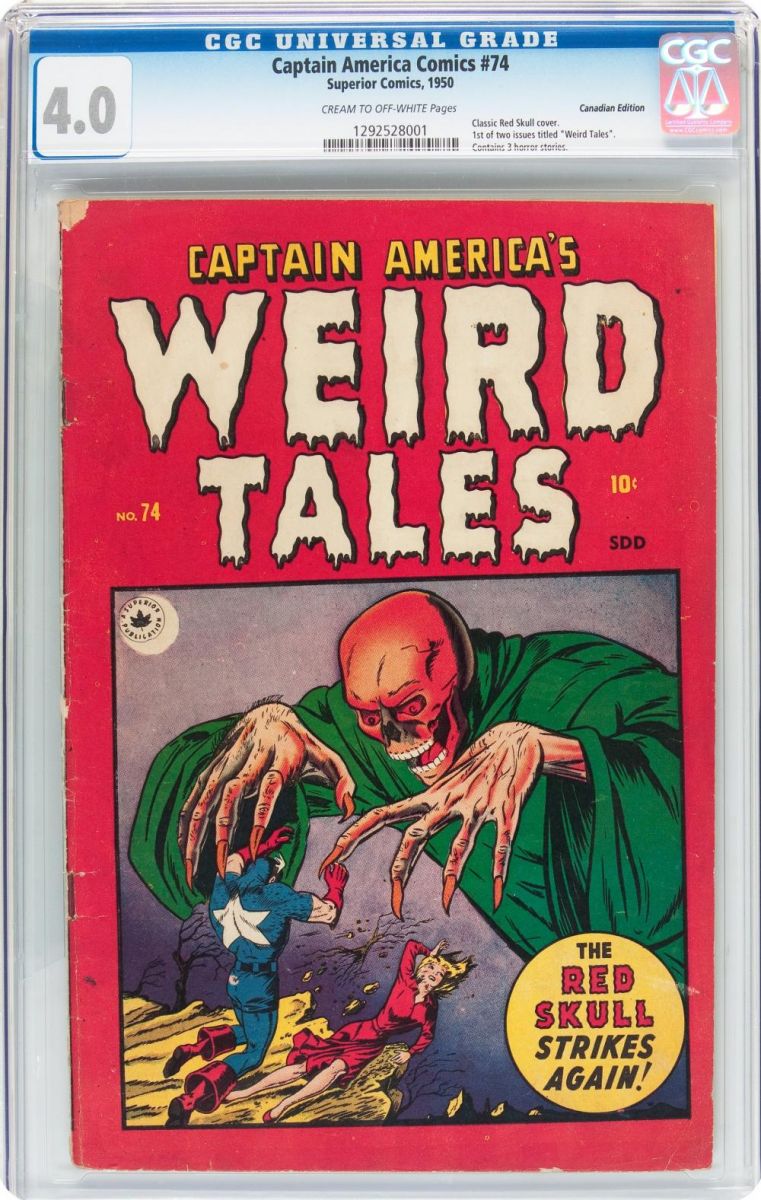 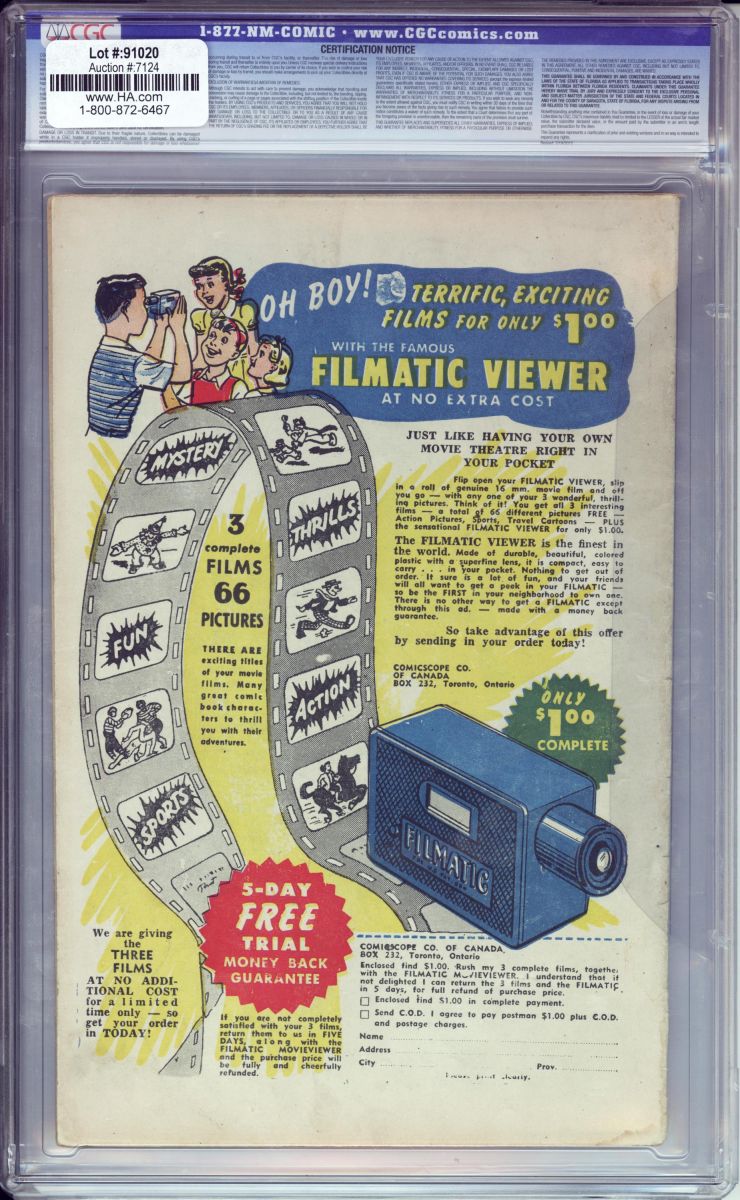 Keeping an eye on eBay for any low grade Cap books that were towards the end of the run, an auction for a Captain America Comics #70 CGC 5.0 was started on July 3rd.  Researching the book I found that it had sold on Heritage for $1,912 in February of 2008!  It is a cool white Sci-Fi cover but that seemed like a lot.  It turned out it was as the same book was listed on Heritage again in November of 2014 and sold for just $926!  Nearly a $1,000 decrease

Scary if the person selling it was the same person who bought it but it was good news for me.  Still though, I didn't want to pay $926 since this was technically above my 2.0-4.0 grade target.  So as the auction came to an end I put in a snipe bid $100 below $926 and much to my surprise, I won it! It became the highest graded Cap book I own (and still is today)! 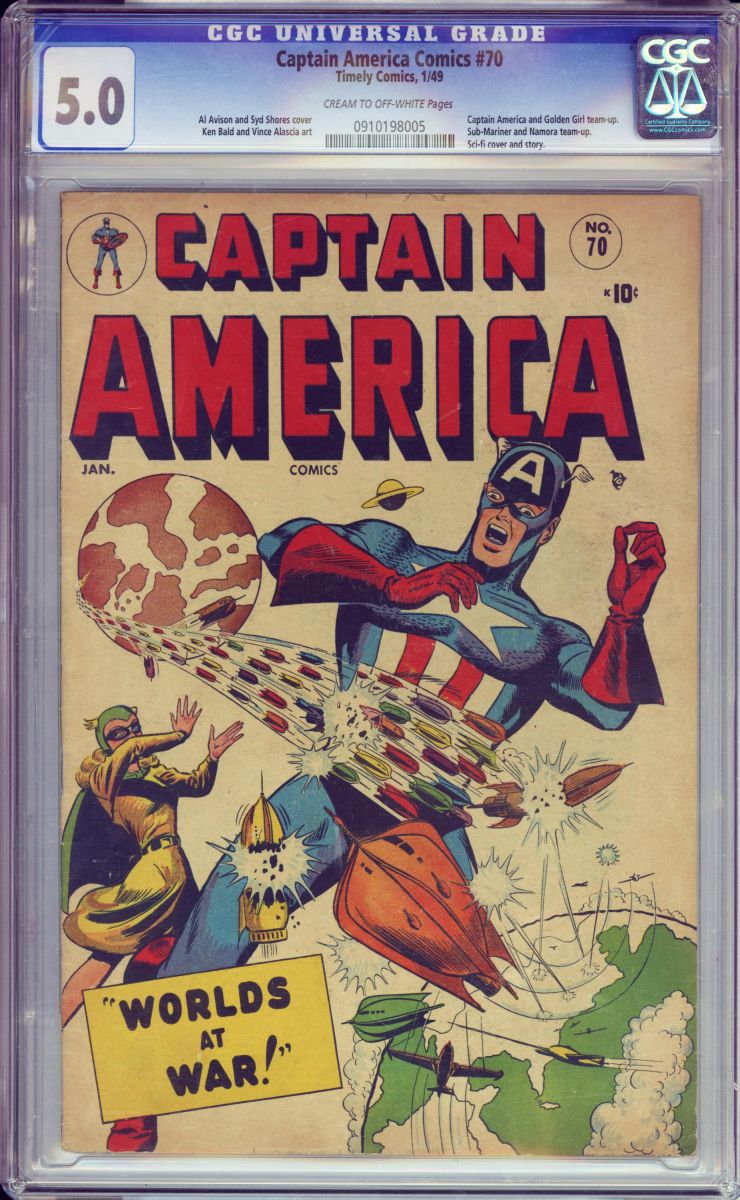 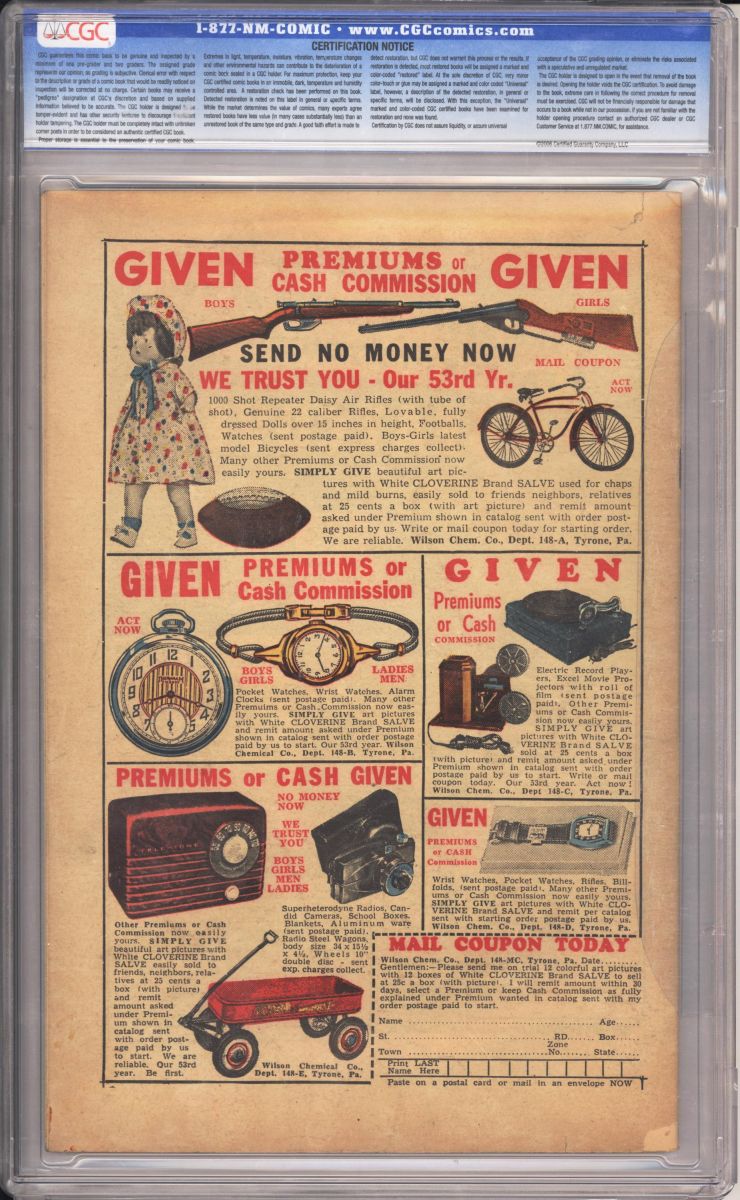