Started almost 10 years ago and I wanted to have a high grade set of the 33 comics that DC published in the summer of 1976 with a red/white/blue banner at the top of the front cover. Most of the copies were easy to find in high grade but as I picked up the issues, the last remaining ones became more and more difficult to find, either as CGC graded or raw. My criteria was simple: nothing less than 9.0 and no worse than Off-White pages.

Eventually, it came down to two comics a couple of months ago. I picked up raw high-graded copies of Claw the Unconquered 8 and Our Fighting Forces 168 and submitted them to CGC. When I got them back, the Claw comic was a 9.4 with White Pages and I was ecstatic! But then I saw the other one and it was an 8.0! I immediately went online to read the Grader Notes and it noted foxing on two areas of the back cover. I was bummed.

Since I wanted only 9.x copies in my set I couldn't add this one to my set

Worse, I wasn't sure where I could find another high-grade raw copy. But I scoured the comic retailers, including those on eBay and finally found another copy months later that was graded by the seller at 9.4. Based on the scans, it looked really good although the cover was a little crooked.

So, with much trepidation in my heart, I submitted this copy to GCC. If this one didn't come back at least 9.0 then I was really screwed.

I watched the progress as it went from Received to Grading to Shipped/Safe. As usual, I didn't look at the emailed shipping document or the invoice online because I like to wait until it arrives to see the grade. 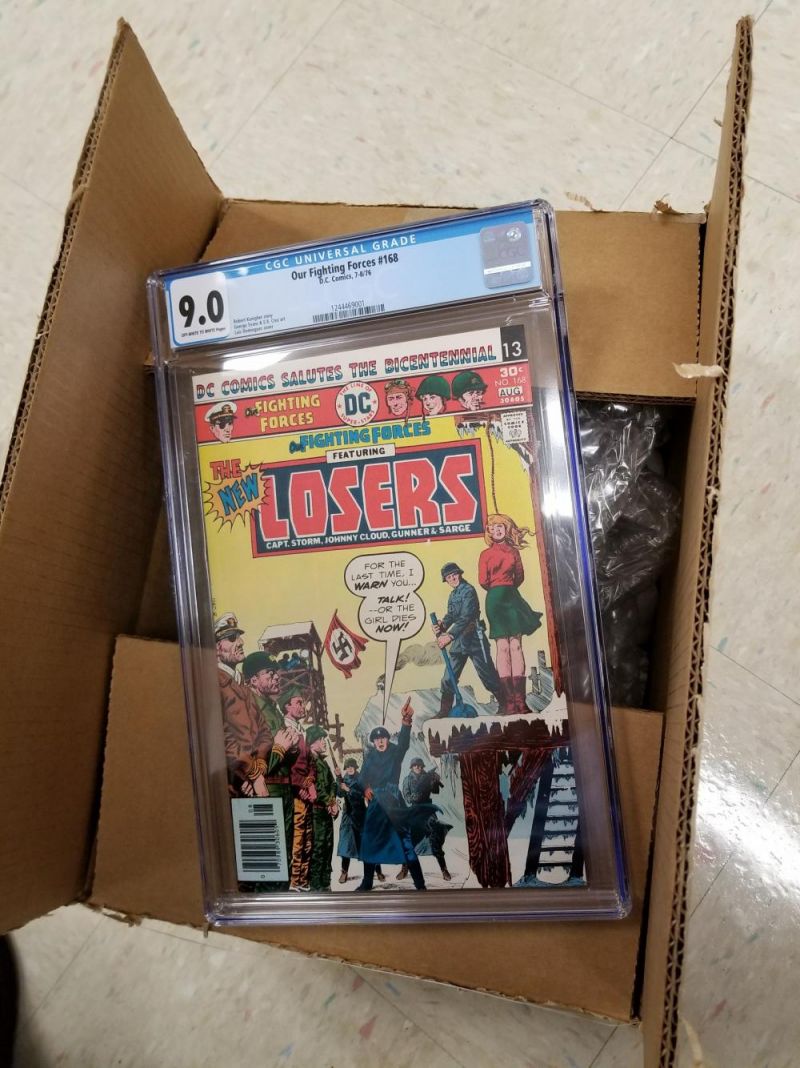