Back in 2014 I began making plans to move abroad. Expecting to have to downsize to smaller accommodations in Europe I sold off a huge chunk of my Comic book library (graphic novels, hardcovers, omnibuses and custom bound editions). Well I'm back in the US now and have started to work to rebuild my library. I thought it would be fun to track my progress here, and provide some reviews along the way.

As it is with books, some books I sold for a pretty penny have gone back into print and are now very affordable. Other titles that I created my own custom binds of have now had published volumes created (Gotham Central, DC 1 Million, etc), while other titles that were previously affordable have become difficult to find and have launched in price (why oh why did I sell them!??!).

If you want to see the original sales thread it is here:

Or just take a look at the Bookshelves I was selling from... Im not looking to perfectly replicate the collection, but it gives me a jumping off point for my hunt (and isn't the hunting the most fun part?)

So pull up a rich corinthian leather chair, put on your smoking jacket and join me in Miraclemet's collected editions library... 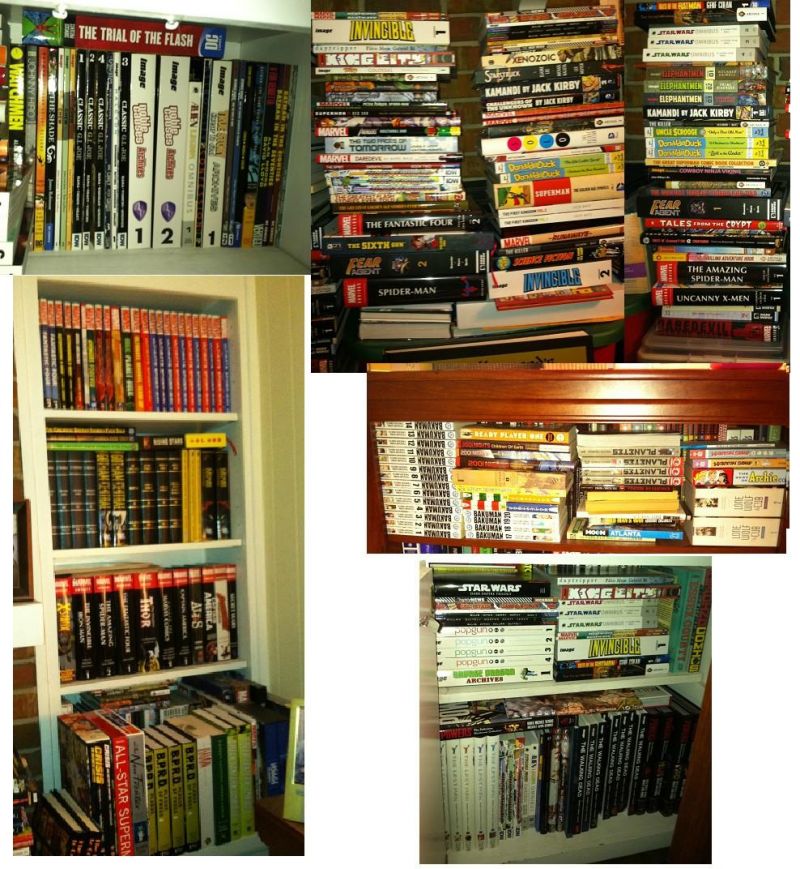