The year is 1988 (this newsletter was published in Dec 1988) and Batmania is in FULL EFFECT. With Dark knight being a 2 year old book, Killing joke absolutely KILLING it in the secondary market and the Tim Burton movie buzz on everyone's lips. Anything that had to do with bats got collectors very excited. And so, as I was walking home from the post office picking up this month's N.I.C.E. newsletter, this is what I read 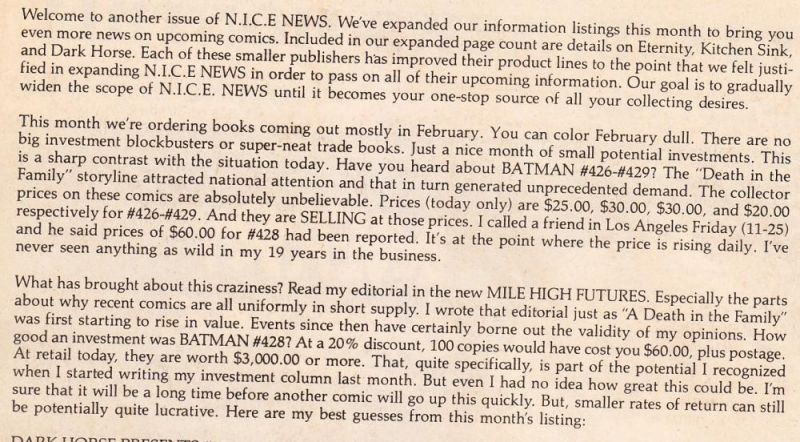 I nearly got hit by a truck crossing the street reading this! My first ever lucrative spec has materialized! And it wasnt even thanks to Chuck!

So yeah, my single copies of Batman #426-429  were well secured and thanks to my own intuition I was on my way to financial freedom hitting it big with a whooping $100 profit on this one set!

Needless to say, I blew all of my dividends back to chuck by the time I finished reading his spec choices for that month alone (I circled the most entertaining ones for convenience purposes) : 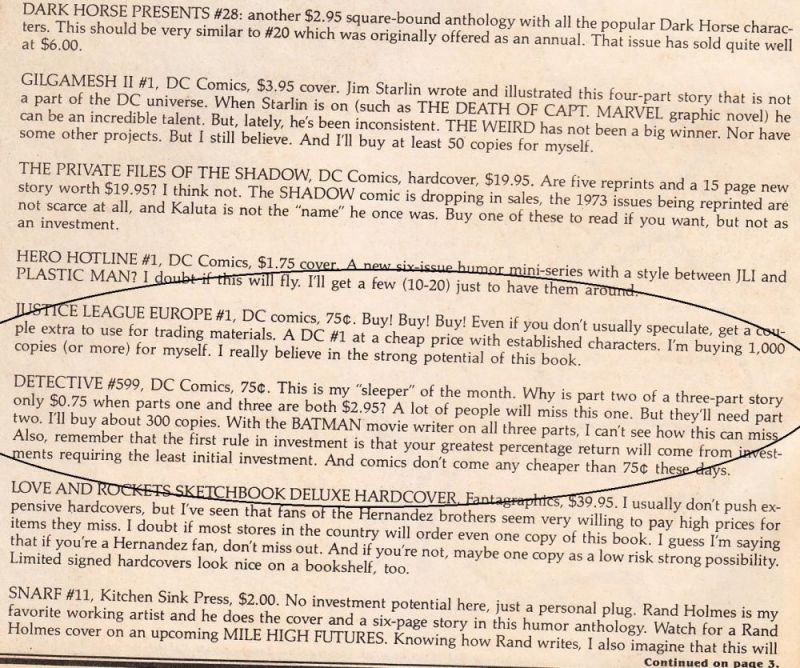 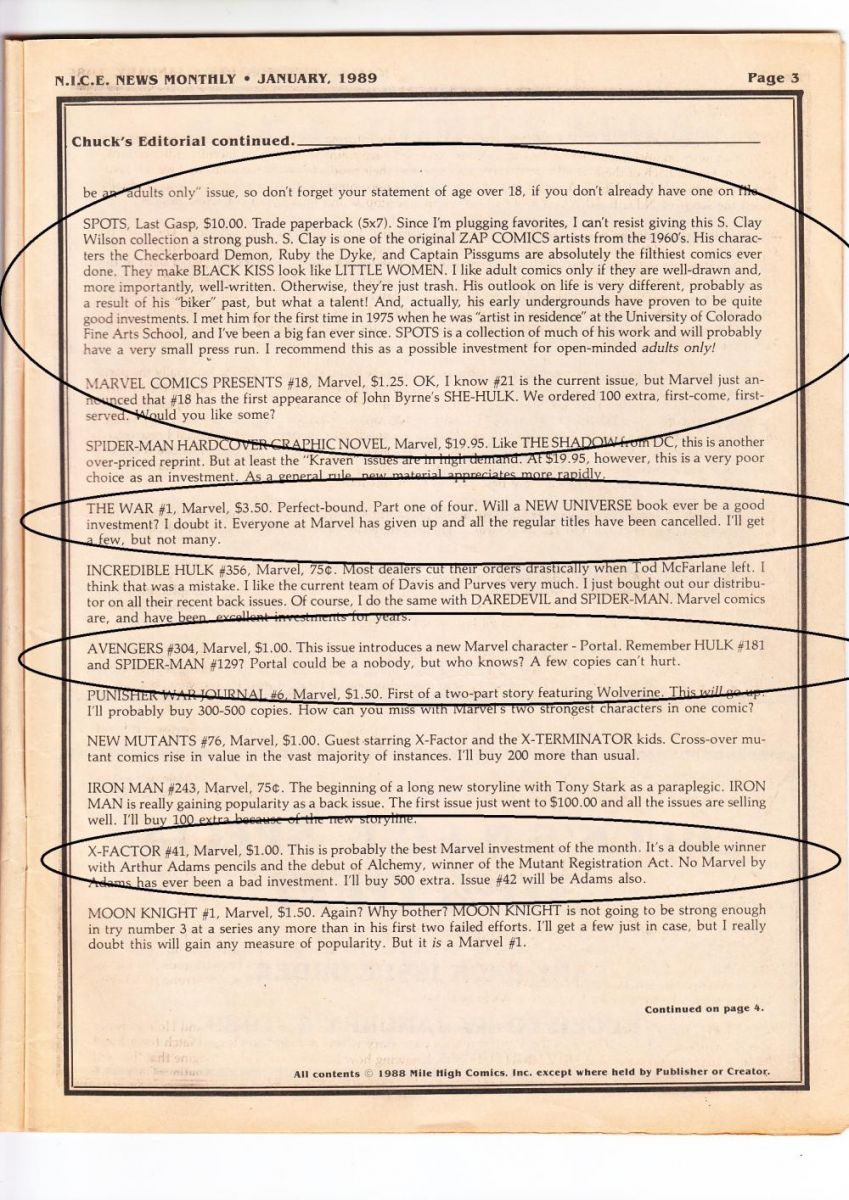 Oh Em Gee... Theres just so much THERE there

-Those 2 big investment books were motivated by #1 issue hype & Batmania. Following up on his Bats 426-429 write up You already know I bought 10 copies of the latter spec

-But even more entertaining was his MCP #18 spec based on Byrne's return to Marvel. Is that really a 1st appearance? no. Is that a 1st Byrne book? no. But it sure seemed like thats what he was aiming for.

-A new Universe book made the Chuck List? Or maybe he meant he wont buy any, but still wanted to mention that it may be a hit? Who knows..

-Oh didnt you know that Avengers #304 is the next Punisher/Wolverine? Now you know! Go buy 'em!! Quick!!!

-Poor Art Adams, he was such a huge star back then, this really seemed like a safe bet based on his track record.. You know that Art was so hot, that Chuck didnt even bother mentioning McFarlanes ASM 316 which dropped the same month with a 1st Venom on the cover.

... And I just mentioned Spots because I still have my copy 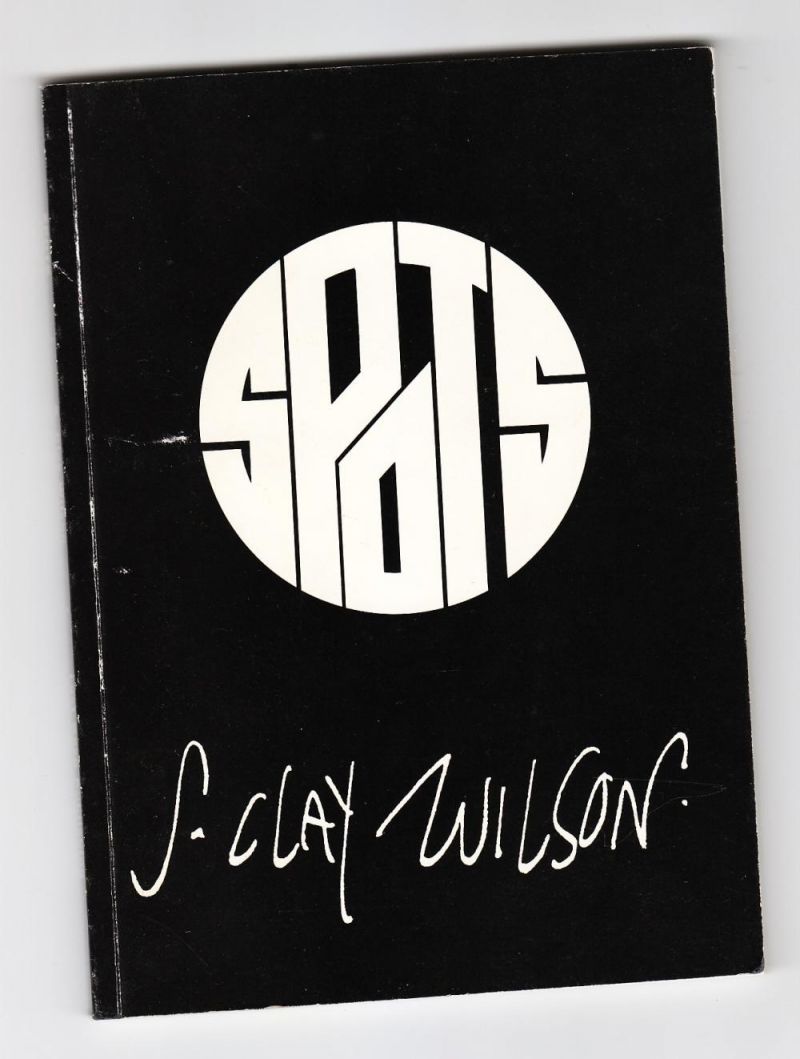 But Chuck wasnt always so bad, here, at the end of his spec column he offered 2 great specs, which ended up (finally) working for me!

Whats funny to me is, if you read my previous entry, Chuck was complaining about price hiking with some dealers and overstock which was purchased by those dealers secretively. And here, lo and behold, we have Death Rattle #8 dropping to $2 from being a $15 book almost within just a couple of months

So what did Chuck miss on this month.

Well ASM #316 was one book, Crow #1 was another that came that month, and last was this one:

In fairness, Deadline #1 didnt take off until much much later, when Tank Girl got big! In fact Leanne Harper ( who did a great job listing new books for Chuck on the newsletters) didnt even mention Tank Girl on the cover of issue #1, but still thought I'd mention it...

Last, I thought you may find this quite entertaining as well: 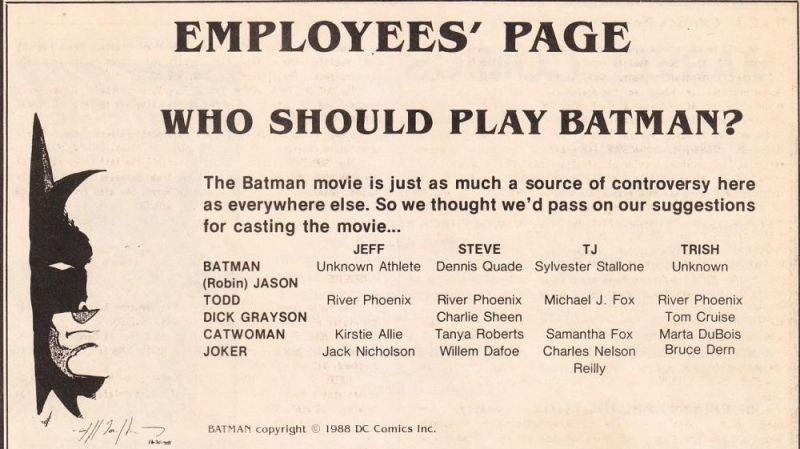 In the next installment, you get not just one, but TWO newsletters worth of speculating!