Here it is! The most in-demand comic book of the late 70's and one of my personal favorites!

I acquired this gem back in February of 2013 in a hard-fought online bidding war on eBay! :-) Even though I paid a little more than I originally intended, I was pretty content with the outcome for the simple fact that this example looks like it should have been graded as a CGC 9.9! The book looks that superb!

Further, if you visit my Iron Fist #1-#15 CGC Registry Set, "Sabretooth Savagery," you can also view the full high-resolution back cover scan, which will blow you away! It's utterly amazing how this book is 1.17 years older than I am, but yet looks like it was printed yesterday! The corners are razor sharp; the spine is super tight and impeccable; the colors will blind you; the white pages are incredible; the book is perfectly wrapped and centered and the staples are fresh and perfectly inserted!

You couldn't ask for a finer-looking specimen, and since I was out to acquire the best-of-the-best of the KEY Bronze Age books in the industry, once I saw this book being auctioned-I was ON IT! With that said, thank God I placed my final bid during the 2012 Tax Return Season! I think it's also significant that I acquired this book while I was living in the Mile High City of Denver, Colorado, in the midst of the "Winter" season where I also had spectacular views of the snow-packed Colorado Rocky "Mountains!" Therefore, the cover of Iron Fist #14 truly takes me back to my short time living and working in Denver, and has already brought back nostalgic feelings from having only been living in Atlanta, Georgia for a little over 2 months now! (As of this writing - 10/29/13 :-)

On that note, please enjoy the following scan and commentary of my Iron Fist #14 CGC 9.8 WP! Peace & God Bless!

Although Sabretooth gets badly beaten by Iron Fist, he would venture on to become the most menacing foe that Wolverine has ever encountered!

With that said, Wolverine and Sabretooth have a long and dark history together. For starters, they were both a part of the Cold War super soldier program Weapon X, where they not only received enhanced superhuman abilities, but also lost accounts of their past, as their memories were tampered with!

As a direct result, both Sabretooth (Victor Creed) & Wolverine (Logan) have clouded accounts of their past life, and often receive blurred visions of what may or may not have happened to them. It was during this program, where Sabretooth viewed Wolverine as competition, and wanted to challenge him in a death match!

From this point on, they battled each other on numerous occasions, beginning in X-Men #212, #213, and #222! They would continue to meet religiously, as in Wolverine (1988) #10, and would create a track record of historic battles of epic proportions!

Moreover, due to Sabretooth hunting down & locating Wolverine every year on his birthday to fight him (with nearly killing him on occasions), solidifies Sabretooth's legacy as being Wolverine's life-long arch nemesis!

On another note, Sabretooth was created by writer Chris Claremont, along with artist/co-writer John Byrne, who collaborated with Mr. Dan Green on the interior artwork! In addition, the classic cover art was drawn by Mr. Al Milgrom!

In closing, I want to thank Brian of A-1 Comics for selling me this pristine gem! 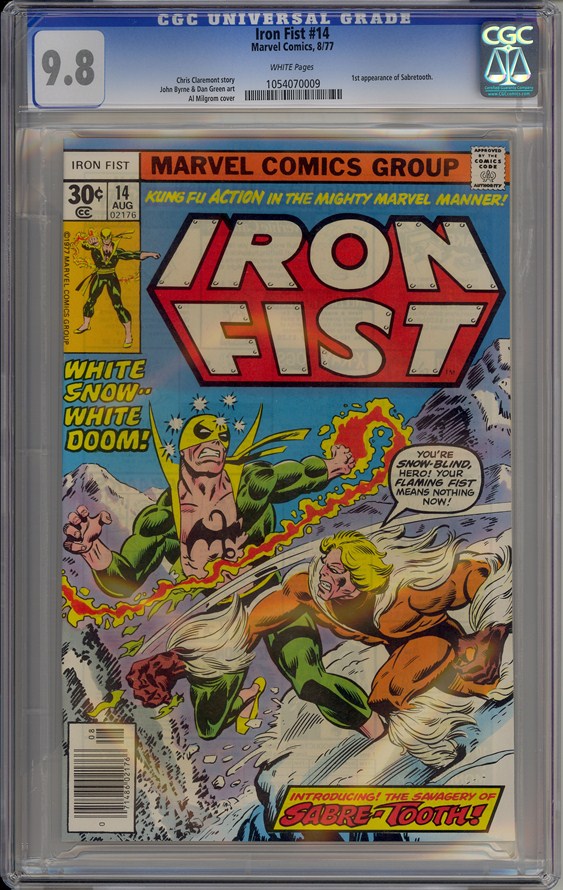