I would not buy another Cap book for six months after my CGC 1.8 Cap #72 in November of 2016 on eBay.  I would actually end up selling the Cap #72 in April 2017 to a board member.  Why?  I just felt the grade was a tad too low being a 1.8.  The next book I would pick up was a Captain America Comics #69 CGC 3.0 Canadian edition off the boards a month later in May of 2017.  It was actually the board member who sold me my Cap #74 Canadian edition that notified me that this book was for sale, so now I owe him even more

I had missed out on a raw US edition of this issue on the boards maybe a year or so prior so I quickly snapped this one up! 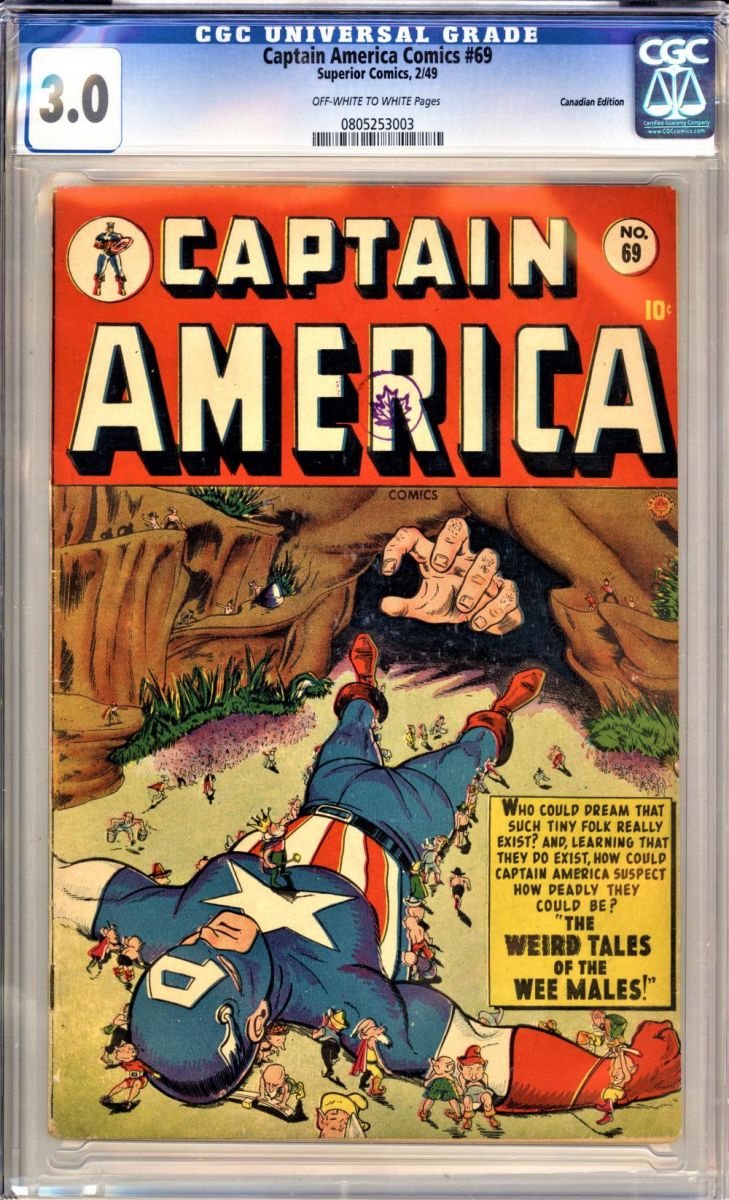 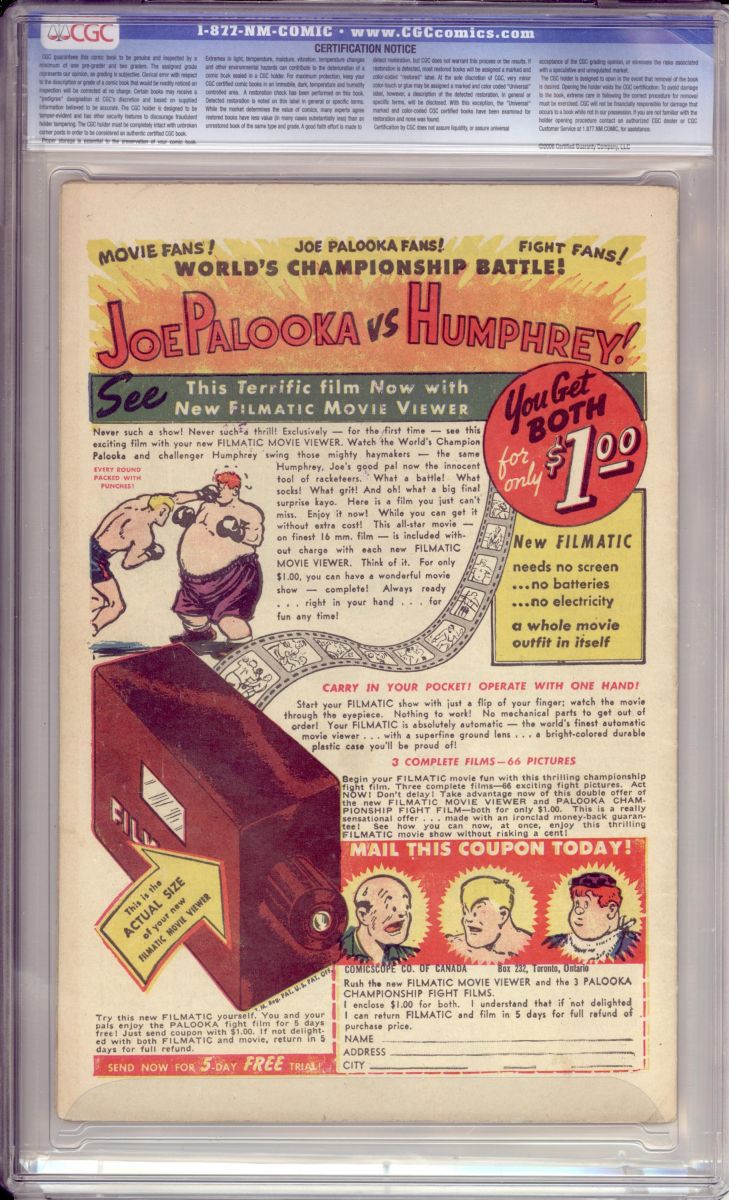 Off white to white pages and wonderfully presenting for a 3.0.  What more could one ask for?  It also has an interesting maple leaf stamp on the cover.  Never seen that before

The next book I bought was a complete but coverless Captain America Comics #27 off eBay in September.  I had not bought a coverless Cap issue before but this was issue #27!  It was one of my favorite issues and I figured I had time to wait for a cover while I continued on the rest of the collection. 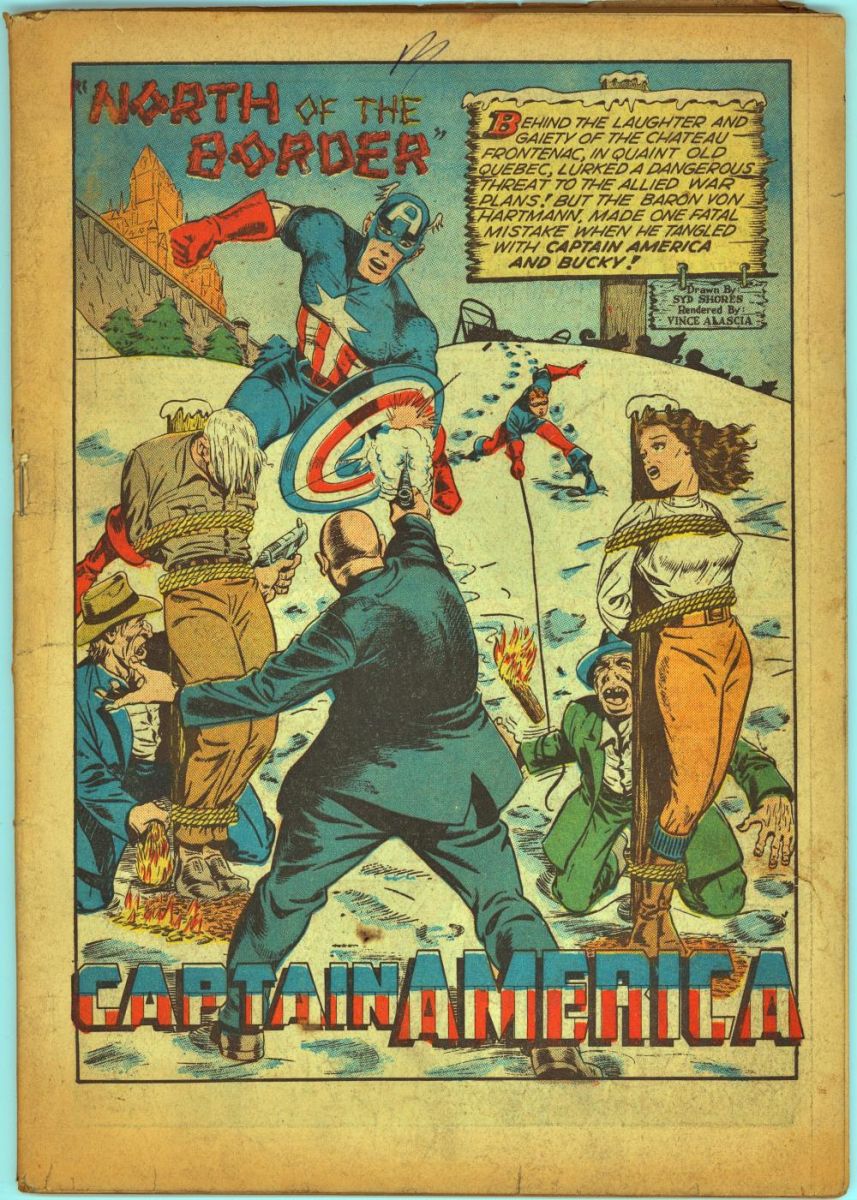 I did not have to wait long as four days later someone listed a Captain America Comics #27 front cover only on eBay!  Crazy!  I was a bit hesitant to purchase it since it was only the front cover.  What were my chances of getting just a back cover?  Better just to wait for a complete front and back cover I thought, but I still pulled the trigger since it was pretty well presenting. 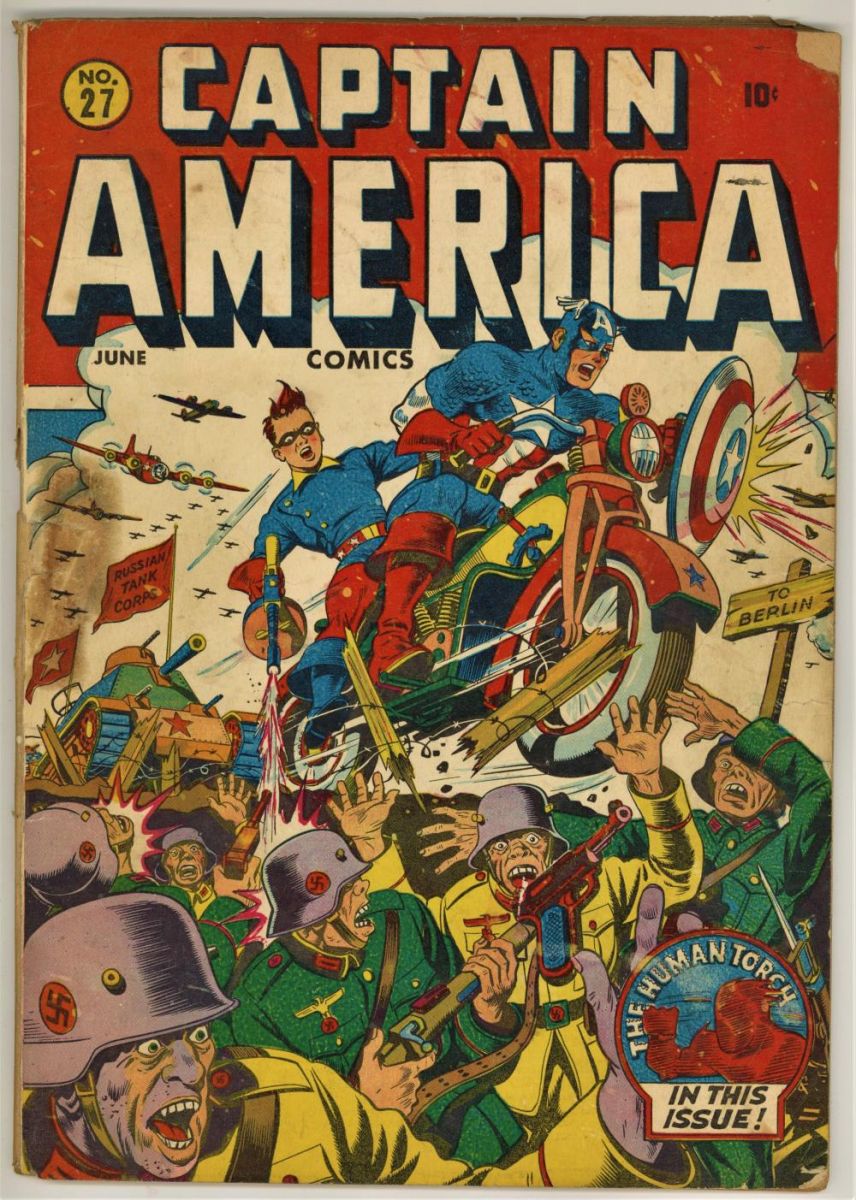 Now this isn't a GA Captain America Comic but while perusing the November ComicLink auction I came across a Wow Comics #38 CGC 4.0.  I had never seen this cover before and it really struck me as beautiful.  Quite simple in it's design with Mary Marvel soaring above the clouds with arms outstretched and a little lightning bolt off in the distance.  It has become one of my favorite GA covers and I'm glad a won it. 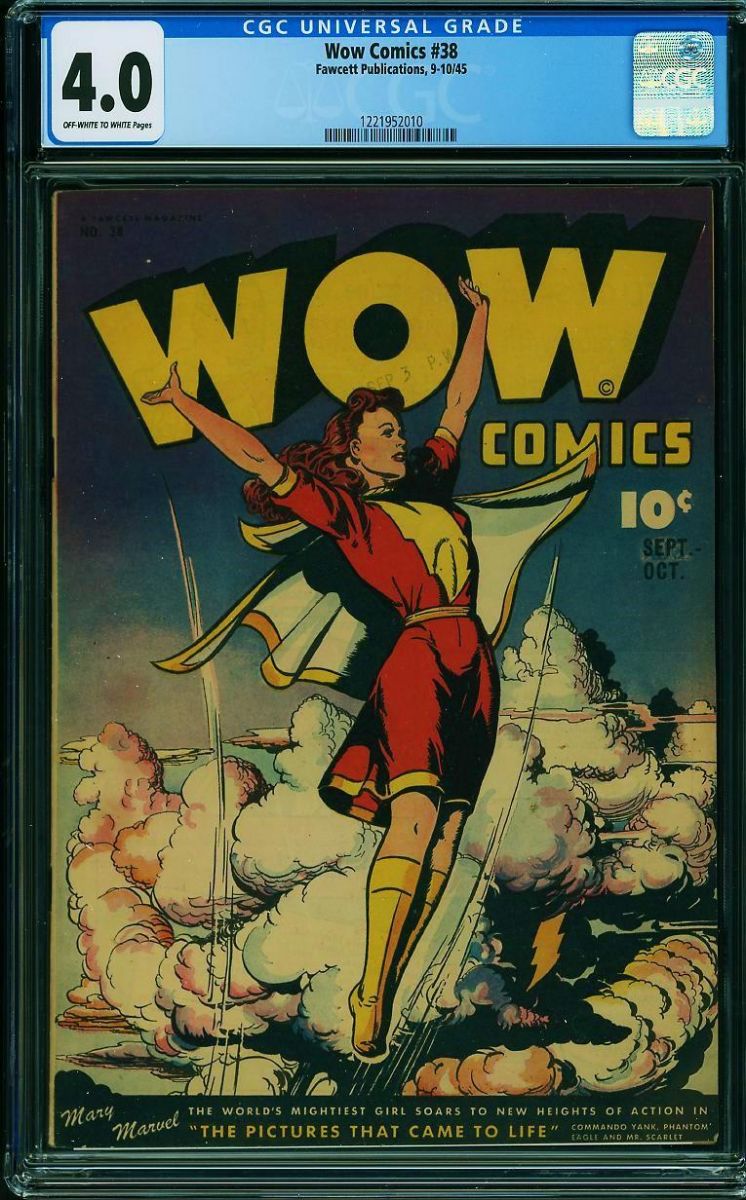 Now to find who owns the CGC 9.2 Crowley/File Copy, even though that has cream to off-white pages and mine is off-white to white pages

My last Cap book bought in 2017 was a Captain America Comics #67 CGC 2.5 off the boards in December.  It's the 2nd lowest graded copy on the census (of 30) but that's where I expect most of my books to be so it fit in perfect with my collection. 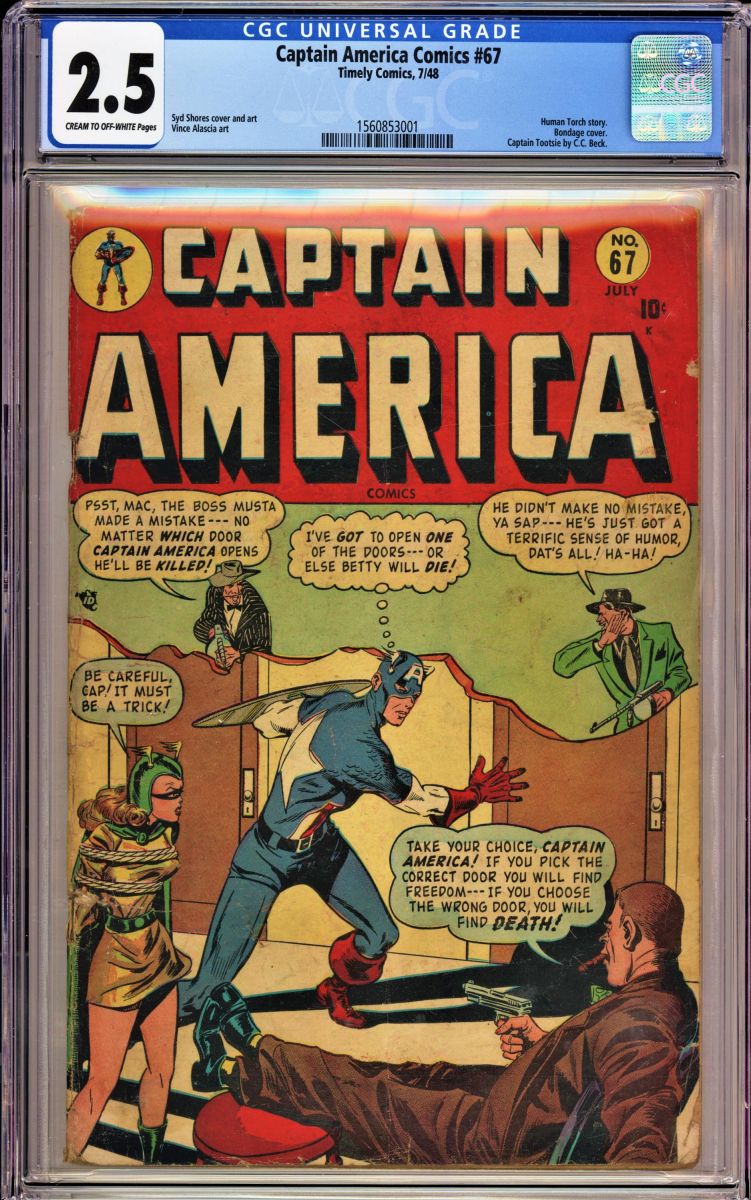 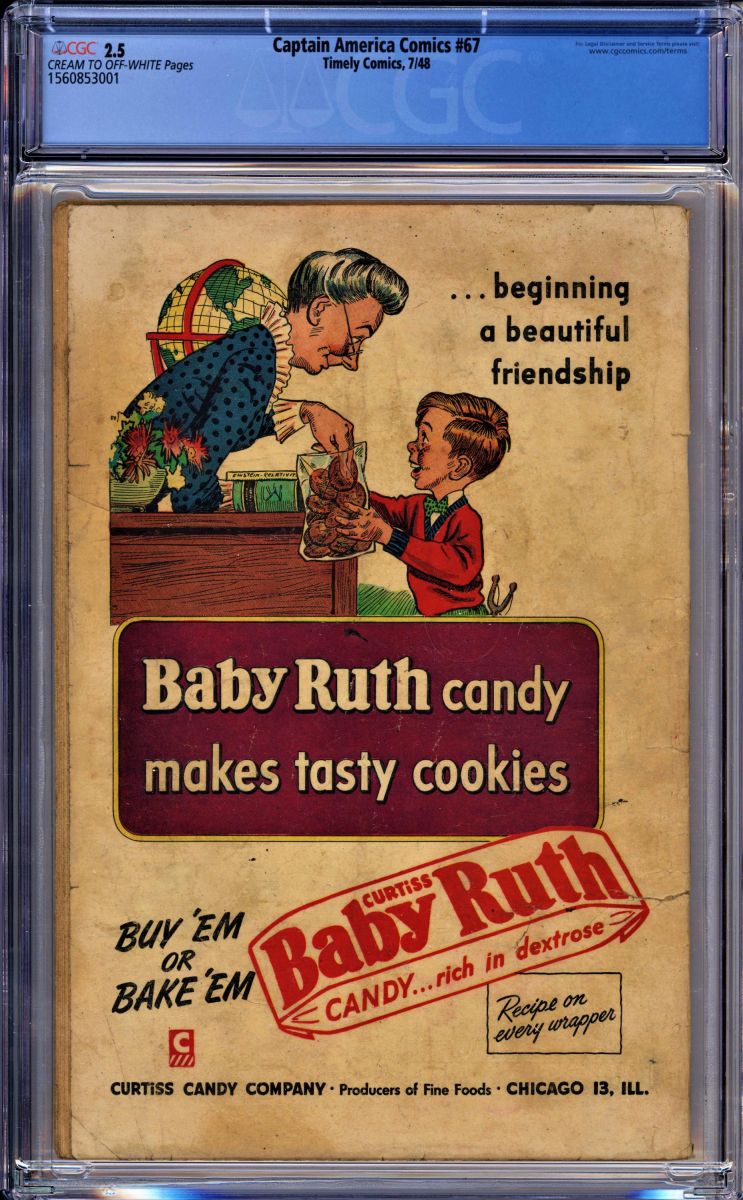 Finally I am caught up to 2018 so this this journal will soon be in real time!