Every now and then I like taking a step back, evaluate priorities in life (including this hobby), and ask myself if I need stop what I'm doing, continue, or modify.

Seems like I do this more often nowadays. I think its simply because I'm getting old. Hehe.

Take comic books for instance. A little over 30 years ago, it was all about saving up to buy the next issue of my favorite series (back then, Avengers). Prior to this, it was about browsing through and reading (and unfortunately destroying in the process) my dad's huge collection of silver age Gold Keys and Dells. But in any case, it was primarily comics and reading pleasure, back then.

Then came the 80's and mid 90''s, with the explosion of new titles and new publishers. While continuing to read, I got caught up in the speculation frenzy, sometimes buying multiple copies of 1st issue Images, Valiants, etc. Expanding beyond this though I started buying the random statue/ figurine here and there.

The late 90's and early 00's was somewhat of a hiatus from the genre. Responsibilities, early family life took a stronger hold. Didn't even buy any new book for months on end. However did get into collecting DVD's and later Blu-Rays and amassed a huge collection.

From the mid 00's though I did see a resurgence. Got back into the hobby and started reading Avengers again plus the new Ultimates lines, and several other books. Started collecting trades and hardcovers. Got my first slab in the 2009 SDCC, first time I attended too. Bought a few original art also. And started buying Sideshows also, later on Hot Toys, Master Replicas etc.

2010 onwards was somewhat more restrained. I'd since slowed down comic and CGC 'collecting' habits significantly. No longer feel obsessed with completing some sets. And settled for virtual copies of favorite books I continue to download and read. At the same time, have slowed down statue and figurine collecting also.

Recently though, a 'new' side hobby (for me) started by way of commissioned art. Never really got into this until now. I feel I'm lucky enough to have 'stumbled' into this with a first encounter with the Fraim brothers, who to date have been nothing short of awesome in my experience (great artists, extremely professional service, reasonable prices). I have a work in progress JLA/Avengers cover homage with them, with several character cameos representing genre figures who've at some point in time influenced me, and/or which I really liked, a lot (photo below). This seems to me like something I will probably settle into for the foreseeable future.

What I like about this hobby is that it gives anyone the option of 'branching out' to multiple side hobbies/interests beyond just reading comic books, which I think most if not all of us in the forum started out with. Some expand to collecting statues. Some to collecting original art. Some to collecting genre trading cards. Some to starting up a business of buying/selling books and collectibles. Some to CGC, PGX collecting. Some to simply watching and enjoying comic book character TV and movie interpretations. Many, I think, expand to a combination of some or even most of these. And the beauty is that the hobby is so much entrenched already in today's culture and also very scaleable, depending on the priorities of the day and one's plans for the future.

I really treasure this hobby, as it's one of the things which has been with me all these years, ups and downs, and has truly helped make life very interesting and enjoyable for me. I do hope you are enjoying the same if not even greater satisfaction in this, than me.

Thanks for reading, and happy collecting guys! 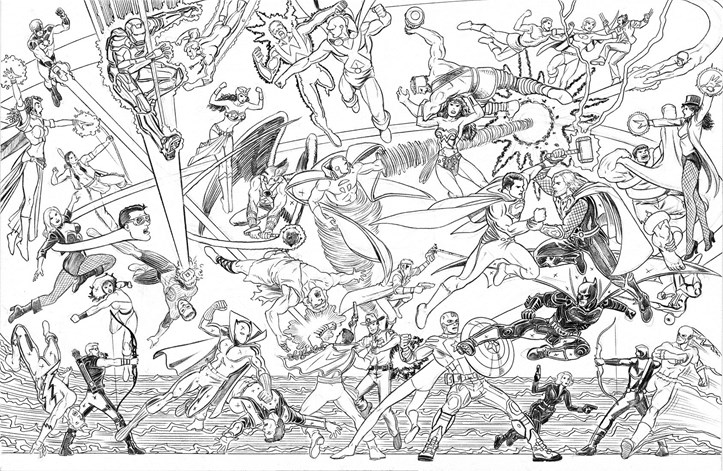