The Kickstarter has ended and I'm just waiting for the copies of The Crimebusters #1 to arrive from the printers! If anyone missed the Kickstarter and wants a copy or copies, let me know and we'll figure something out when they arrive!

In the meantime, I'm keeping busy by working on #2!

The second issue is called "The Secret of the Ghost Bride." It features Chuck and Trixie investigating a haunted house. With a twist: there might be some time travel involved, thanks to the surprise return of a Golden Age character.

It also is going to feature a backup solo story starring Trixie's roommate Vera Veritas. Vera's a science major, and an amateur astrologer, so in the fall of 1956 she's gearing up for the International Geophysical Year, which is set to start in the summer of 1957, officially kicking off the space race! And as a sci-fi geek like us, she's dreaming of the stars...

...as shown in the Kickstarter Exclusive Legacy Number Variant Cover for the second issue (#121), which is an homage to one of my favorite comic book covers, Planet Comics #71! 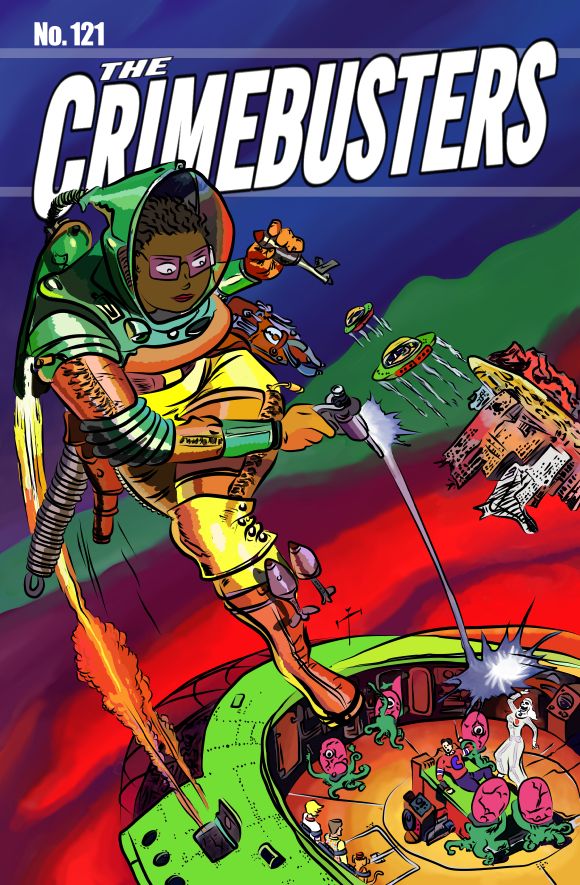