I cross posted this over on the Golden Age forum too, but what the heck, not everybody reads that — and not everybody over there reads this.

In this issue, Chuck and his new partner Trixie Trouble are also joined by special guest star Yankee Longago! Yankee Longago first appeared way back in 1942's Boy Comics #3 in the same issue where Crimebuster debuted. Created by the great Briefer, Yankee Longago was a kid who could travel to the past in his dreams, and you were never quite sure if his adventures were just dreams, or if they truly happened. In this issue, Chuck meets a now-grownup Yankee Longago, who has discovered he can induce these time travel dreams in other people as well — something Chuck and Trixie will find very handy as they attempt to solve a cold case from the 1890's!

Given that I wanted to feature Yankee Longago on the cover, it only seemed fitting to do it as an homage to Simon and Kirby's classic Sandman cover from Adventure Comics #74. It honestly gives me a thrill every time I do one of these Boy Comics covers! I can't wait to hold it in my hand and add it to my Boy Comics collection! 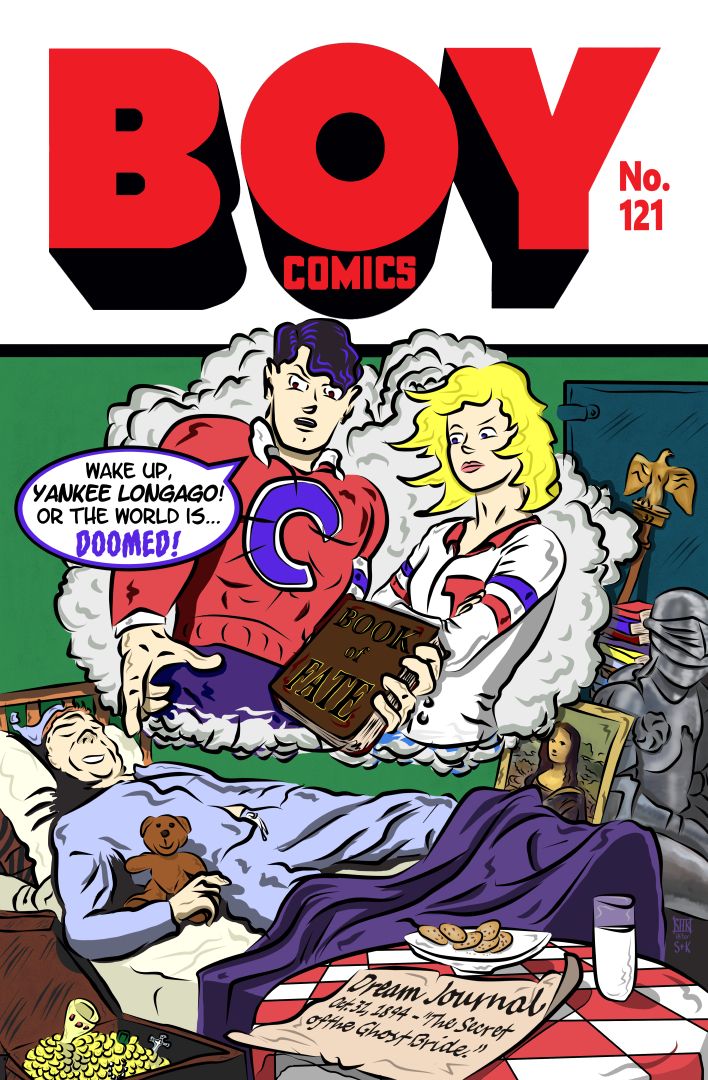