This issue had a lot to do with my decision to collect FF comics.  As a child my mother would give me a dime so I could walk down to the drug store on the corner and buy a comic book.  I still remember the day I bought this book because the price had changed to twelve cents and I only had that dime.  The dude at the store would not cut me any slack so, instead of using the dime to get another comic, I trudged my way back home and hit mom up for another two cents and then went back to get it.  Only reason I would have done that is if I had already read the first two.  Of course, I trashed or traded away all of that future fortune in comics way back then but I did remember that day so, when the collecting bug hit me later, the FF was it.

Eventually, I will have all FF V1 comics scanned front and back on my website.  What I have so far can be found here: https://dekventures.com/FantasticFour/fantastic-four-v-1-regular-issues 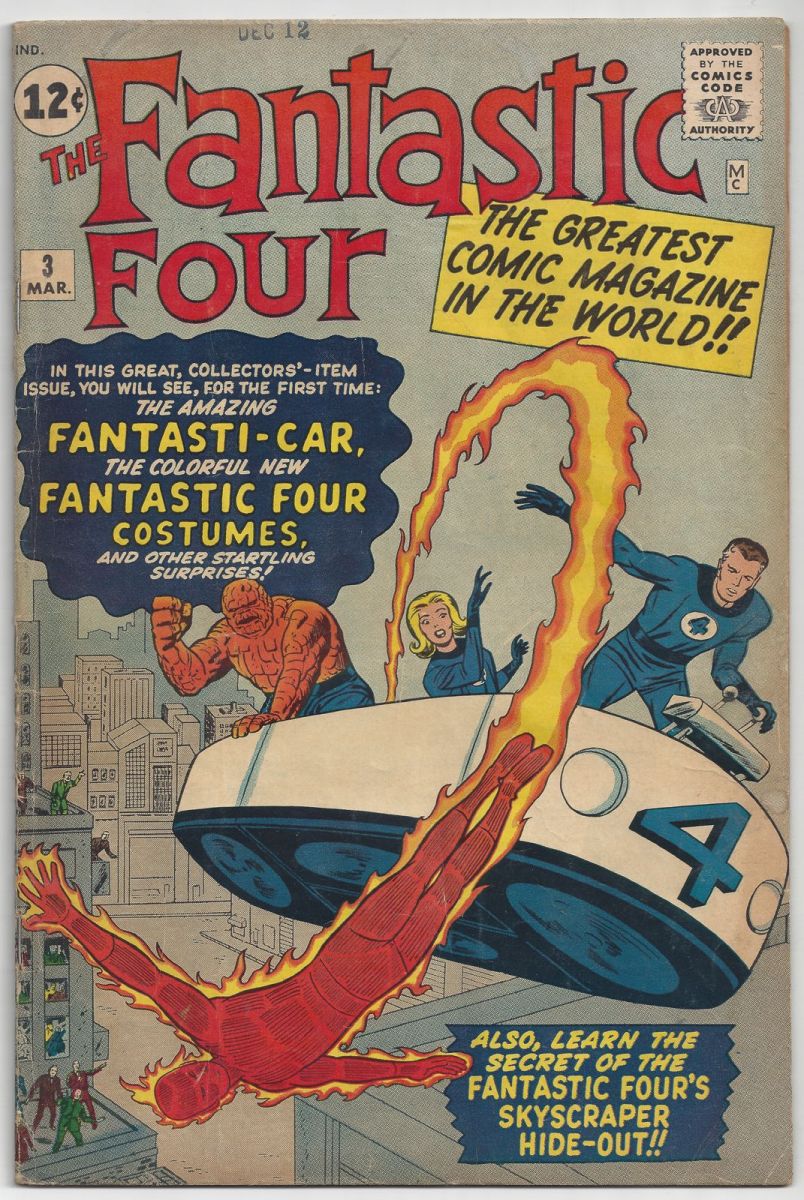