I am just getting back full force to collecting since my new neck parts were added back in September. Basically my spinal cord was being crushed in my neck either from old injuries or old age.  I had to have spinal fusion surgery on four vertebrae . I have two titanium rods and eight screws holding my neck together. Much less titanium than the Titanium man though. Normally they would use spacers but my body tried to fix the problem itself by growing new bone thus the rods. I was told I was very fortunate to have had the surgery when I did. Half of my left hand is still numb but slowly improving.

I am back to work and back to buying comics.  I did want to mention I did pickup a couple of Dark Horse archives of Turok and Eerie off Ebay which arrived today. The seller bought over 50,000 copies (according to his listing) and his pricing is far below other sellers. They were still sealed and well packaged. His shipping was fast for media mail too.  I feel very thankful the way things turned out for me and wanted to give back so I joined our town's Homeless advocate group. Our town is around 10,000 people but we do have a homeless population.

In closing here are two recent pickups. A Turok 58 with a cool robot cover and a Thor 150 which has another great cover. Hopefully the picture won't flip on me this time like my last journal. 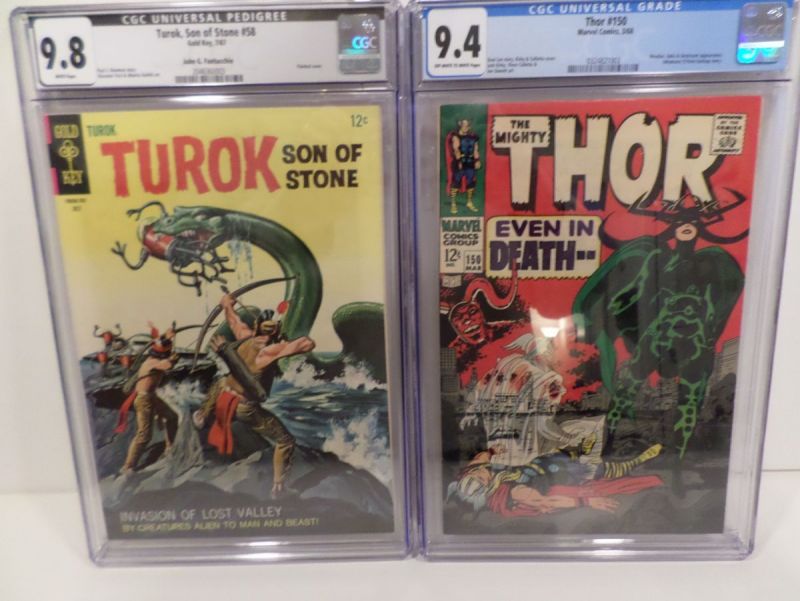