This was a crazy Marvel gimmick.  “Atlantis Attacks”, was a maxi-series that arced over fourteen different Marvel Comic annuals in 1989.  In addition, there were three regular issues that had tie-in stories for a total of seventeen comics.  Did Marvel actually believe that anyone would be dumb enough to collect all of those comics just to read that story? … Uhh … Oops!

You can see the list and each comic scanned front and back at my nascent FF website: 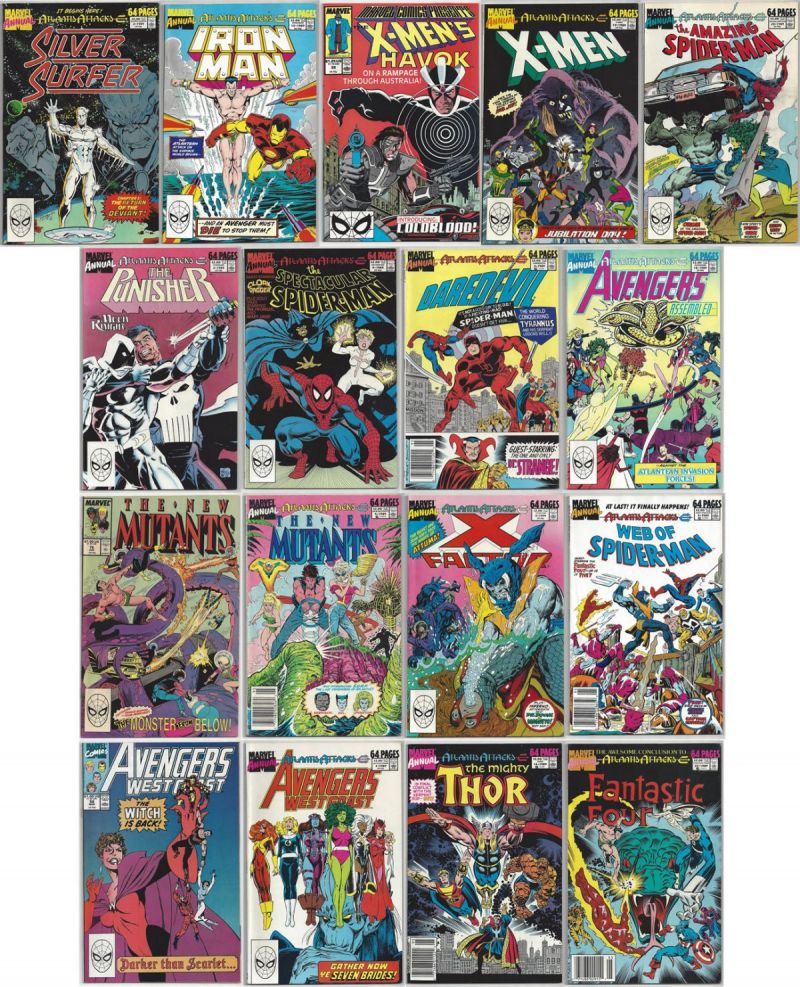