In my constant tug of war between what kind of collection I want and what kind of collection I can afford, I took some steps toward upgrading my Adam Warlock Key Set today. I found a very nice Strange Tales 181 that is autographed by Jim Starlin at an 8.0 rating. I'm pleased because I just came up with this idea that I don't want to go below VF for any Bronze Age issues and I found it on eBay for a reasonable price. I'm still waiting on two more Strange Tales titles (178 and 179) that I just won on ComicLink last week to add to my set, though.

When I first got into collecting slabbed comics, I truly thought that I would just pick up X-Men titles or anything having to do with my favorite X-Man, Gambit. But, over the last year, I've experienced a slight shift that has me looking more closely at Bronze Age titles as well as some Silver Age. Since I came of age during the Bronze Age, this is right up my alley collecting-wise. Could be dangerous, though... 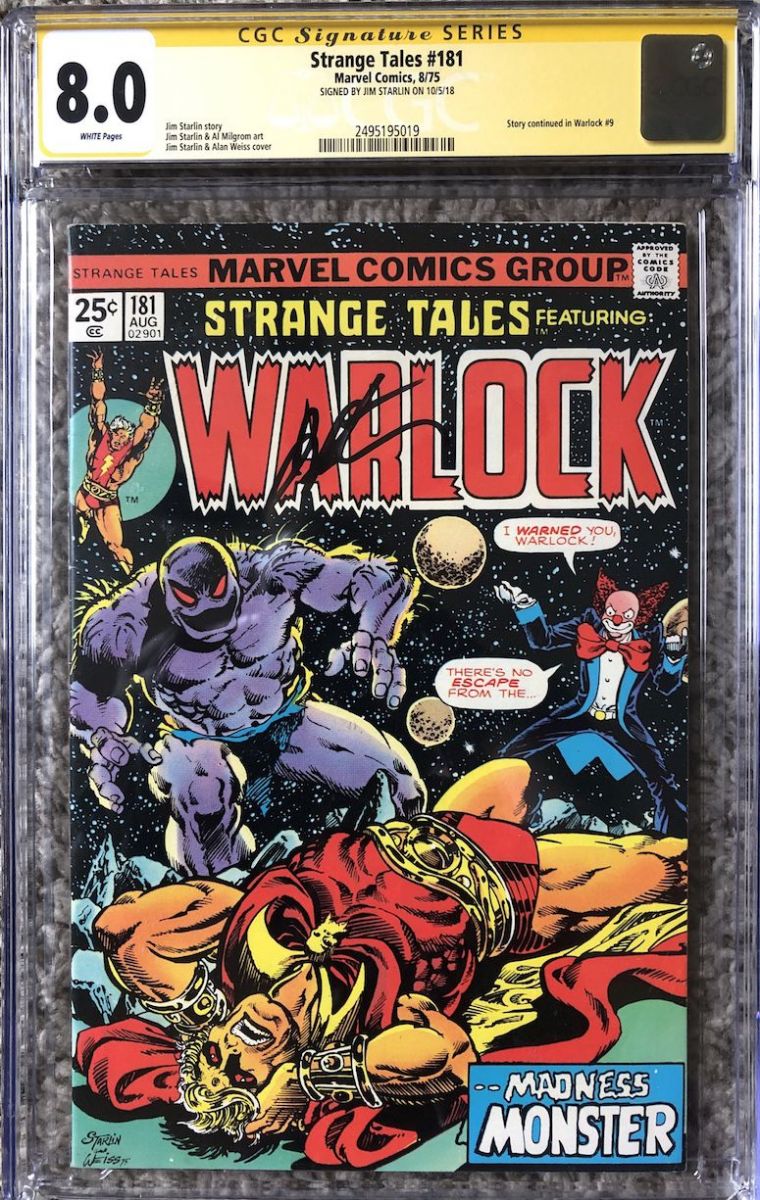