Just wanted to mention I received an email from Jeff Harper that the July 19th Buckeye Comic Con ( Columbus, Ohio) is still on. He did say bring a mask. He also mentioned that the Akron-Canton Con which is another of his shows on July 12th  is cancelled. I posted a picture of two recent pick ups. A Journey into Mystery 103 and a Thor 191.  The 103 completes my JIM CGC set . The Thor 191 was a recent online dealer purchase I have been watching for like a year. I decided to buy it after I saw a same graded copy sell for $308 from an actual live bidding auction online. The listed price was $175 on the site I had been watching.  Usually auctions are better but sometimes they are not. 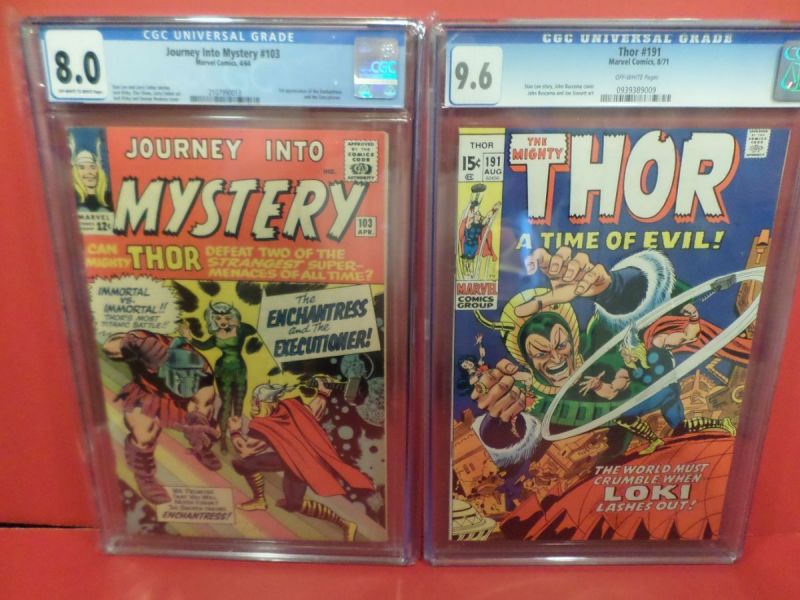 FoggyNelson and aardvark88 reacted to this
0