This next purchase was the first collection I ever bought. It was around 2007 or 2008, maybe a year prior or a year later. I had started paying attention and occasionally checking other avenues locally like Craigslist and Kijiji. Anyone, I found a local guy selling a longbox and a random stack of comics. He wanted $100 for everything. What caught my eye was the stack he had in the pictures...a big ole stack of Wolverine #1 from the 1988 run. I counted at least 20 copies. I thought to myself, Even if I sell those at $5 a piece, I can make my money back. At the time, that book varied but nice copies could be sold for $10 or so. I had to check it out. So I hopped in my 1991 Saab, and drove on over.

The guy was super nice. He was a collector just trying to get rid of his collection and was down to this. He had a smaller box of older stuff that he had not mentioned but I declined to go through it as he mentioned there were books worth $50-100 in there and as teen headed off to university/just into university, I did not think spending that much would be a good idea. Plus I was not as well versed then as I feel I am now. All I knew was that I could pay for the box with the Wolverines (which I did not collect) and then do what I wanted with the rest. So I did a quick flip through the box and said I would take them and that was that. I ended up with 30 copies of Wolverine 1 from 1988. As soon as I went home, I started selling them. I did well, making $120 off just those books. I could have done even better but a guy who bought 4-5 copies claimed they never arrived. At the time, I did not include tracking (lesson learned) and ended up losing out on an extra $50 or so. But I was stoked.

So what did I end up with? Well it was so long ago, I honestly do not know 100% everything that was in there. I clearly remember the selling of the Wolverine #1's because that was something that took time. I do know that the following were definitely from this collection, as I still have them in mine to this day. Over the years, I probably sold off books form this collection because there was a lot of dollar bin fodder and stuff I was not that into. In hindsight, there could have been something worth something now...but I was young and not as in tune with tracking stuff and keeping a record of my collecting journey as I am now. Anyways, some stuff I pulled from the PC that was in that box for sure. 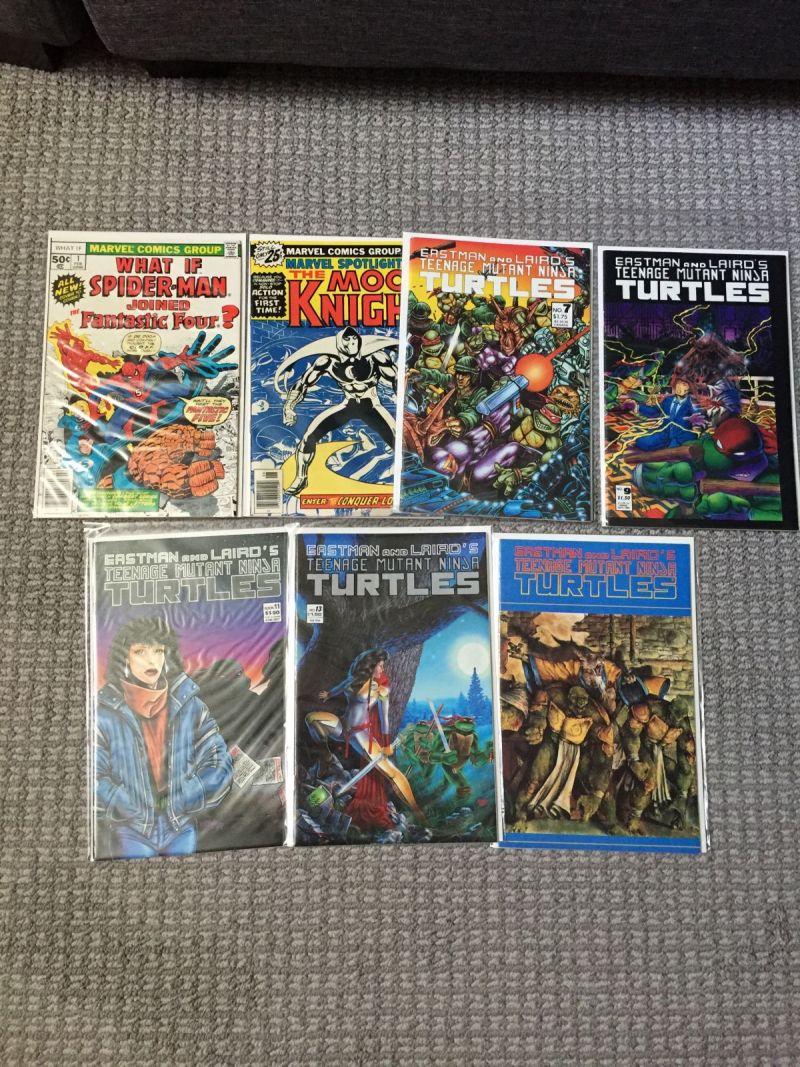 At the time, the What If and Marvel Spotlight were nothing books. I know the Turtles were in there because I kept them saying "hey maybe other collections will randomly have Turtles in them and I will build a run" and have never ever found Turtles stuff again. Reflecting now, I know the What If issue where Hulk becomes a barbarian was also in there (I should have it but maybe it moved on) and I am also now certain that Marvel Premiere 16 was in there, second Iron Fist. There are probably more but it is safe to say a lot of them stayed with me. I did not keep a Wolverine 1 for myself which I am fine with. Never been a huge Wolverine fan and when I read the issue, I did not fall in love so it made selling all of them an easy choice. It was a day I will never forget and has added some much enjoyed books to my collection.