Before I post number one, a couple honourable mentions that I recall but don't fit into my top 10 for various reasons. I remember them all though, so I figure they were worth mentioning....honourably.

1. ASM #300. First purchase I ever made from outside ebay over the internet. I sent money in good faith, he sent comic in good faith. I did not include this as it was a specific purchase I wanted. It was around 12 years ago but it was a screaming price for a NM copy and I own it still 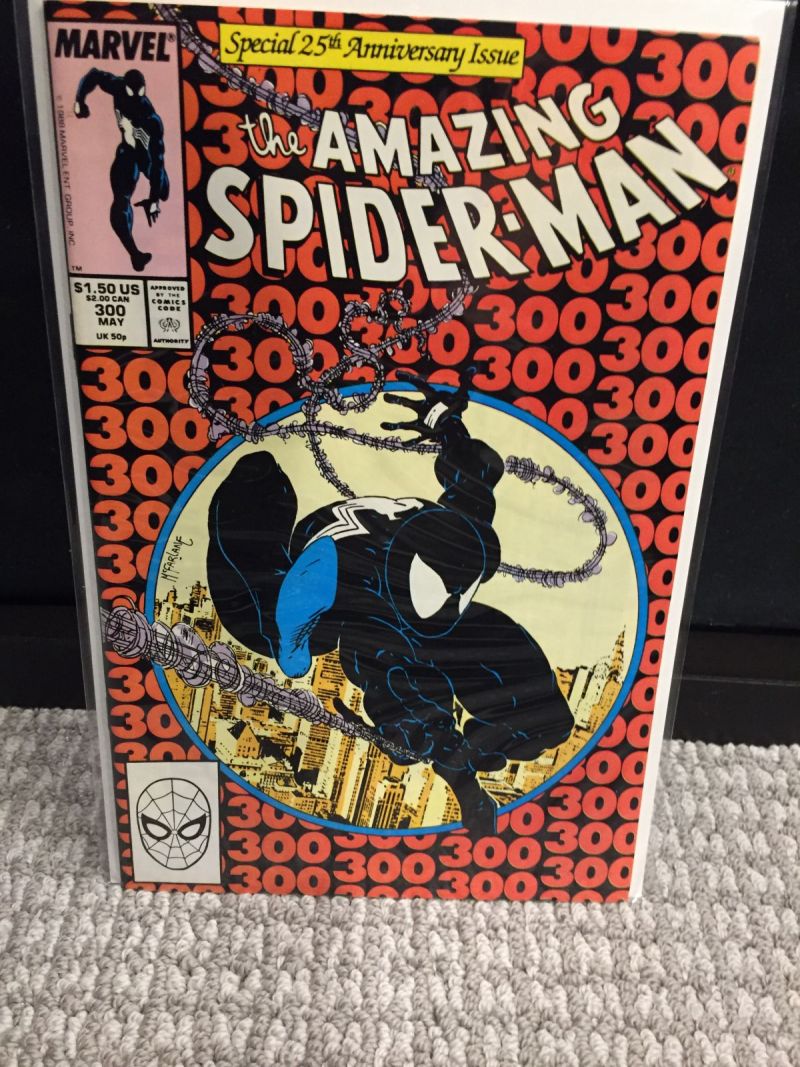 2. The dusty box of comics. A local guy was selling a box of old comics for $100. I went to check it out and man, they were soooo dusty. Just after handling a couple I had grime on my fingers. The box was mostly Gold Key/Dell stuff but there was a diamond in the rough. Doom Patrol 99. I am not a Silver Age DC guy but knew I could break even with that book alone. Later, when I got home and went through the box with a finer tooth comb, there was a reallly beat copy of Astro Boy #1 and some early Star Treks worth some coin. So I ended up doing well. The rest of the box was donation material. I kept the only Marvel book in there, seen below and a couple others but was more of a sell for profit find than an add to the PC find. 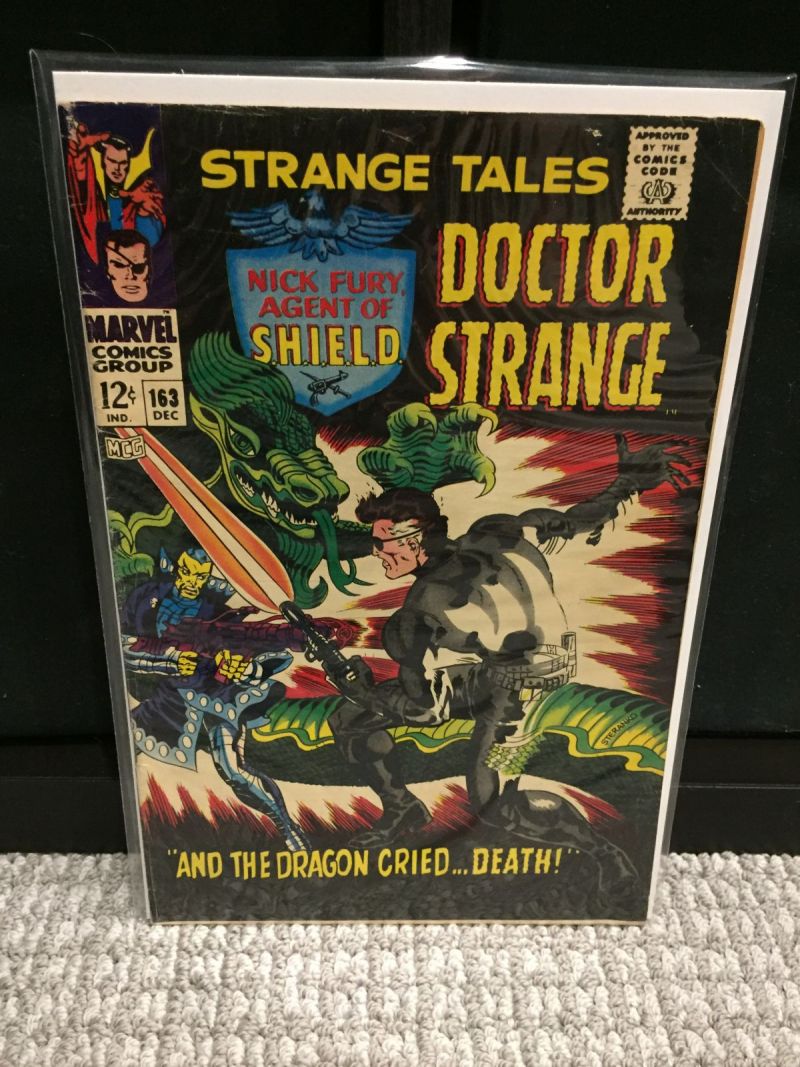 3. I found a Hulk #180 in a poorly listed ebay lot. However, after some dealings that went south with someone who was supposed to press the book and send off to CGC for me but resulted in this not happening and the press popping a staple. What was going to be a nice profit towards a copy of ASM #50 turned into a modest profit from a raw sale and a sour taste. I still remember it though but because of the negative taste, I kept it off the list. And because it did not work out, I have still yet to pull the trigger on that ASM #50. Below is the grainy listing pic and then the pic of it after it was pressed and the staple popped. 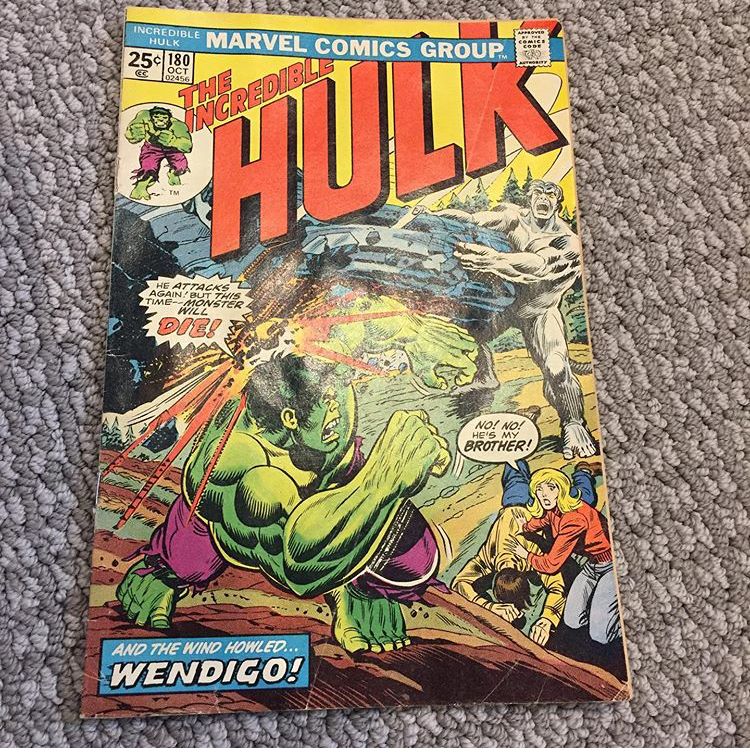 4. A local collectible shop opened up within the last year and a half and I made some great finds there. Everything was $3, regardless of condition or title. The best stuff I found was ASM #212 (when the hype was silly and someone paid me a lot for it as I already had myself a copy) and a run of Eternals. I was super happy because I wanted to read these but at the time, Eternals news was out and these were pricey online so was a nice find. Lots of other stuff too, like random issues of Tomb of Dracula, Ghost Rider and Defenders from the 70s. Was most happy with a Doorway To Nightmare run found there in great shape. Oh and I also found the infamous "Pearl Necklace" Archie issue. Sold it though because I don't really get the love. Headlights covers and what not, sure but the innuendo stuff is such a funky niche. But hey, to each their own! Anyway, below is some of my stuff from there. 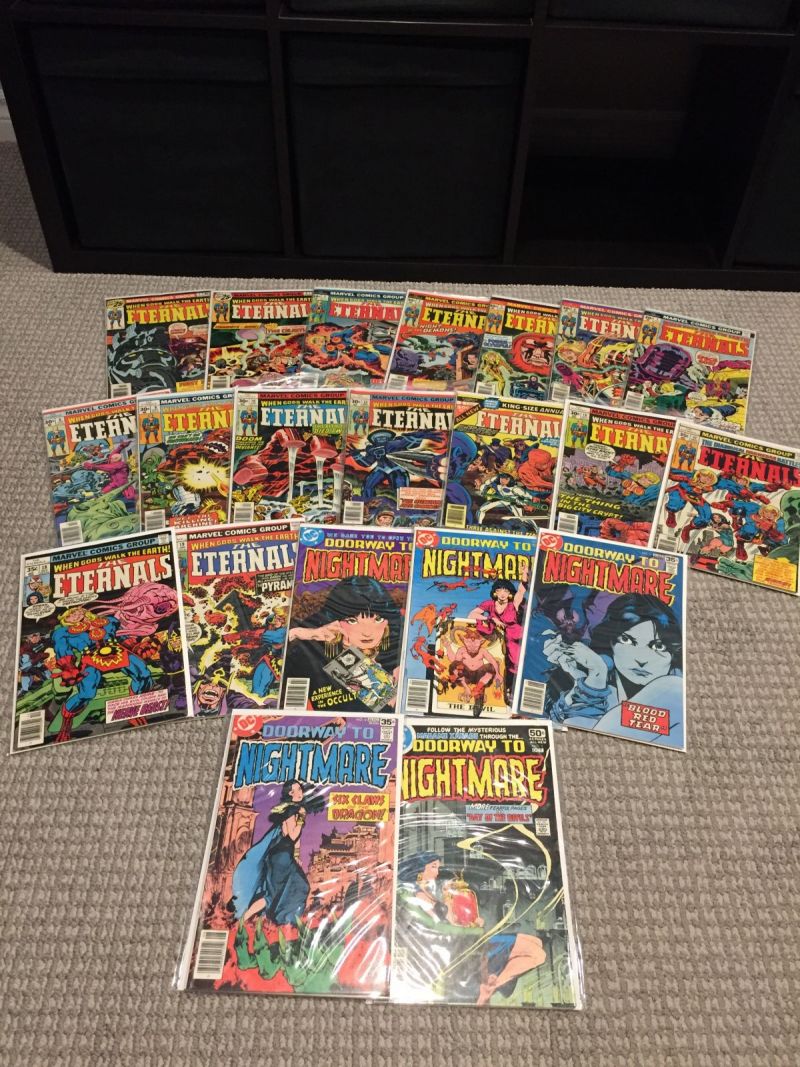 5. A visit to a pawn shop (yup a pawn shop) found me getting lucky with a couple Batman keys seen below, and some other goodies. They had a sale on. Grand total...$11.45! 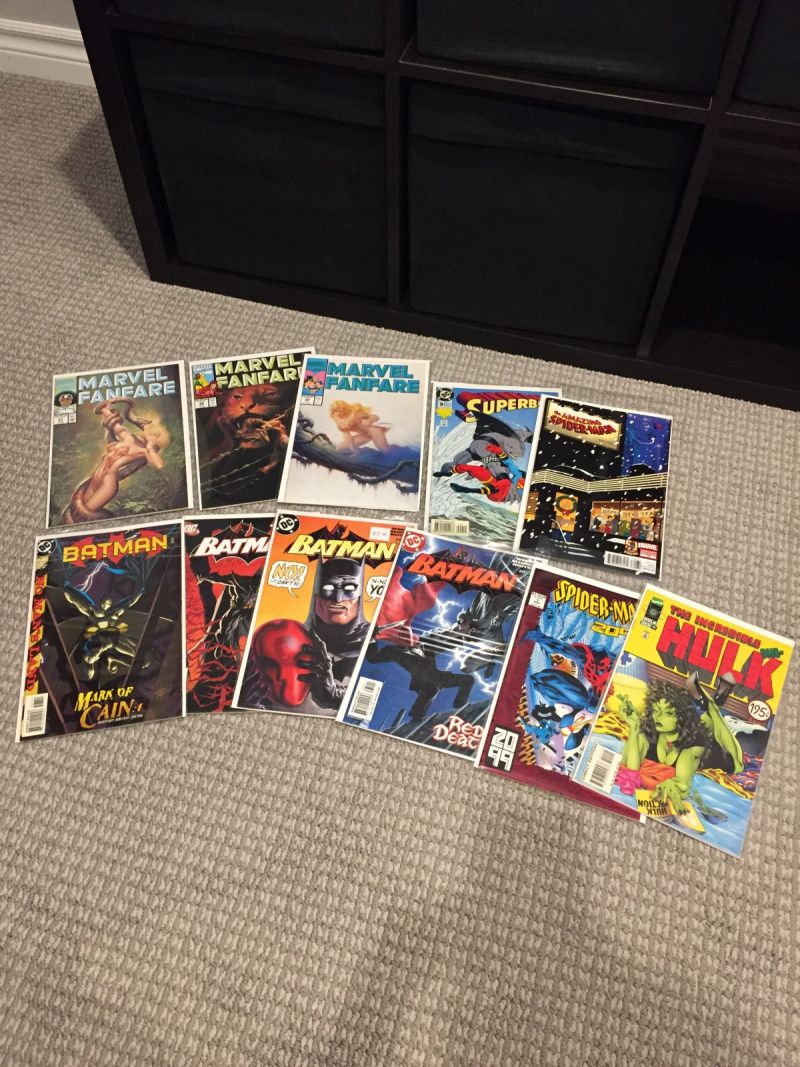