So I am starting this journal to officially count my collection and to also go through and share what I have. Currently, I have 24 black bins as show that are stored on two shelves. They are not full but some are getting close. I am going to go through each bin and highlight a couple favs, how it’s organized and most importantly how many books are in it! In addition to these bins, I have one king box and one short box with stuff plus some others odds and ends which I will someone count/include in my collection.

First bin is part one of my ASM collection! 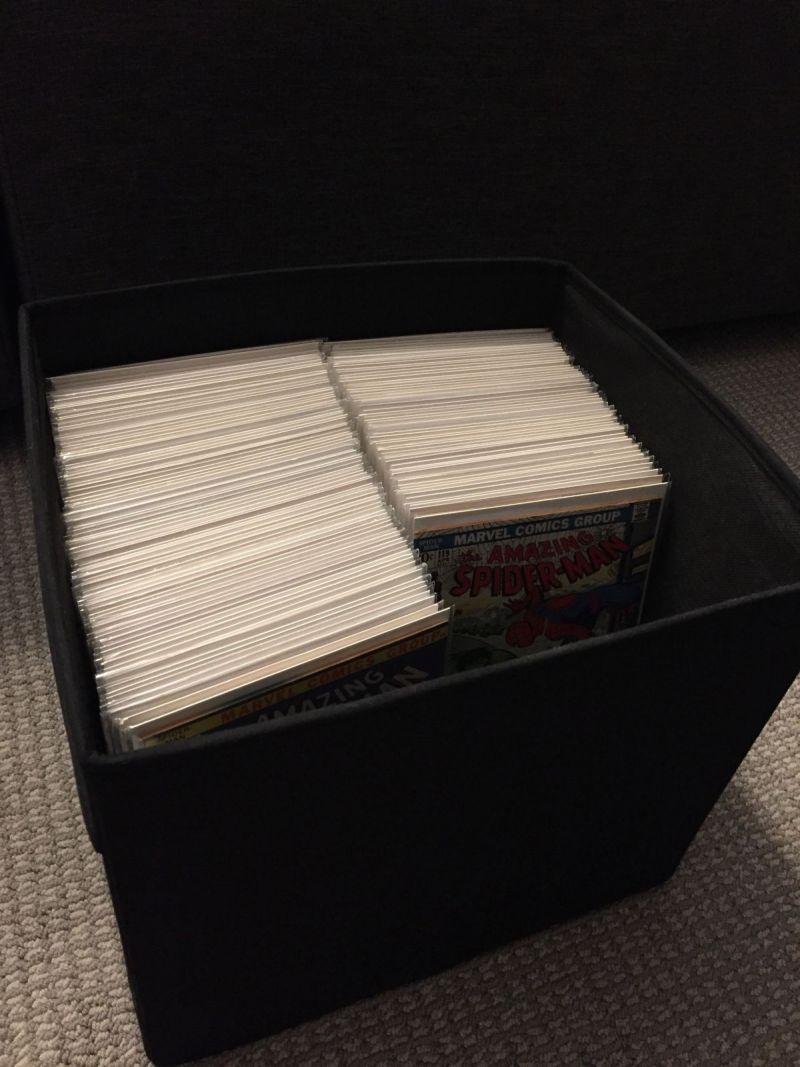 This bin houses ASM issues from 8 (my earliest) up to issue 183. Here are some of my favs! 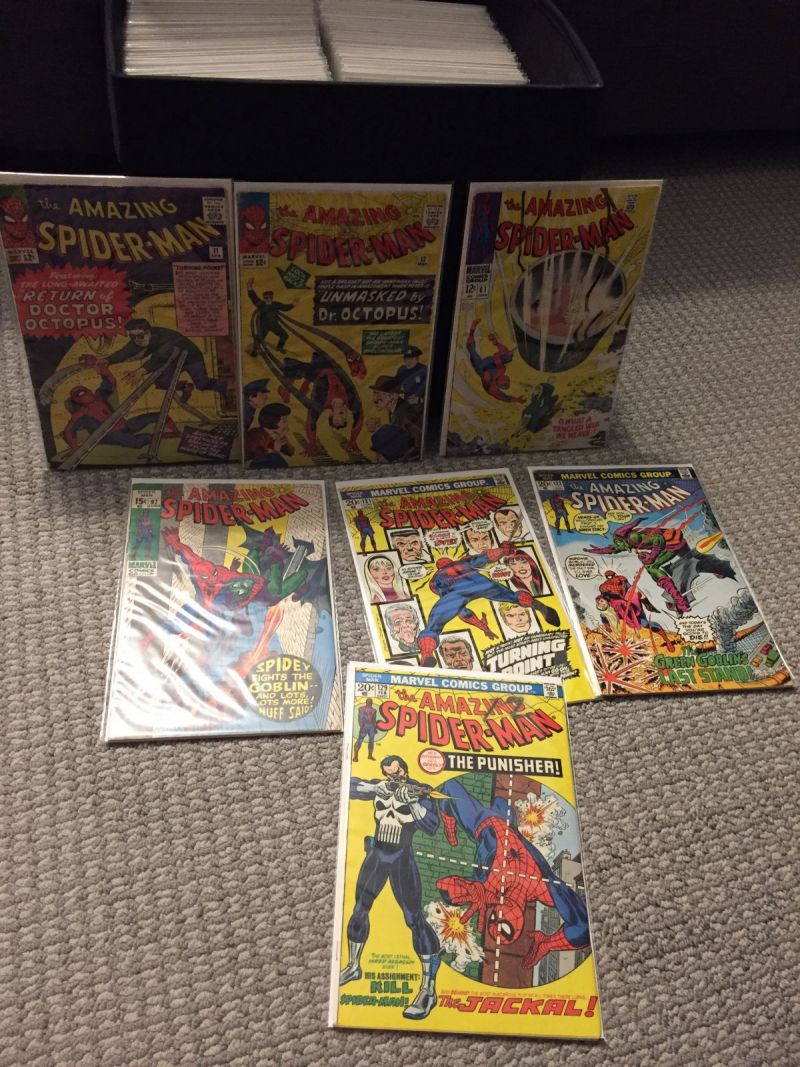 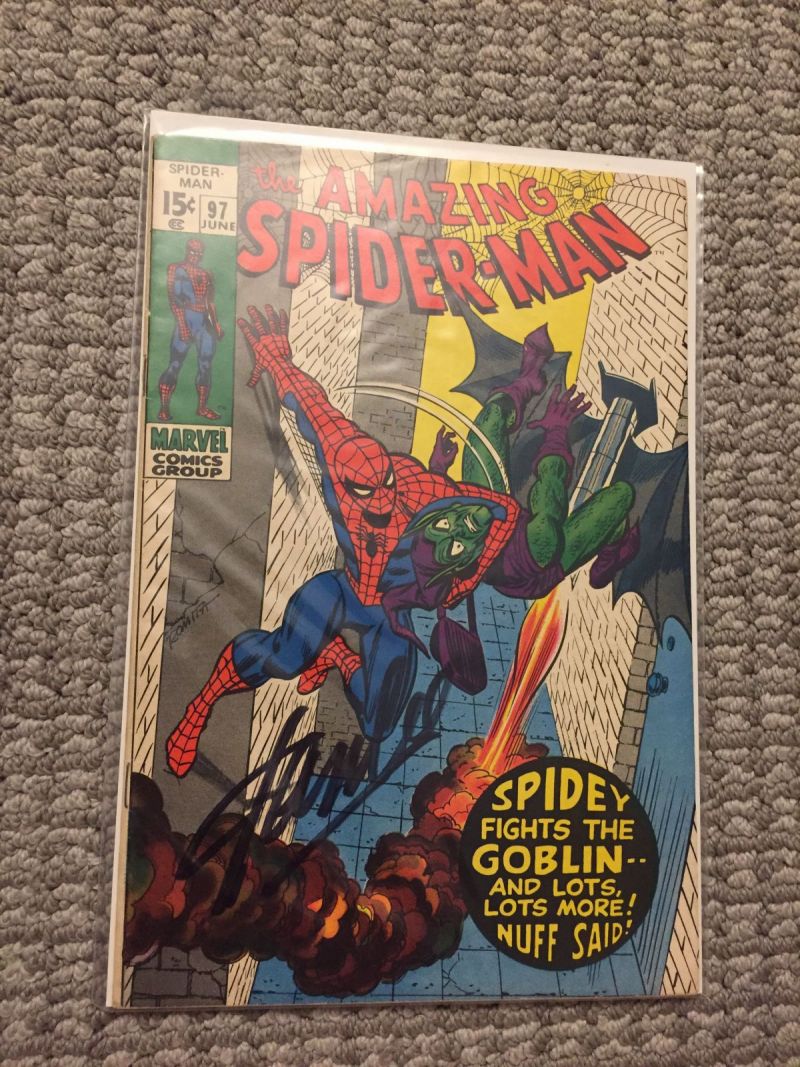 I have a healthy run from 51 up to 183, but am missing/need to upgrade a few. It’s less than ten issues and is my goal at the moment. ASM 97 was signed by Stan at his last Fan Expo visit, and was bought with a surprise Gil Kane signature inside years earlier on eBay. ASM 121-122 were the first BIG Spidey keys I paid over $100 for. At the time, that felt like a lot but were well worth it. The ASM 61 had a surprise John Romita signature when I bought it. I’ve been very lucky with surprise signatures in books over the years. Finally the ASM 129 was found this year in the best comic collection I’ve ever scored. Aside from a marker “12” on the cover, it looks amazing and I and so happy to have it.

Many of these were purchased back when the US economy fell and our good ole Canadian dollar was at par. I scooped up some keys like ASM 101 and generally the run from 100-183 for super cheap.

Also, a fun find, my ASM 106 which sadly has a popped top staple BUT does have a nice NDI insert! 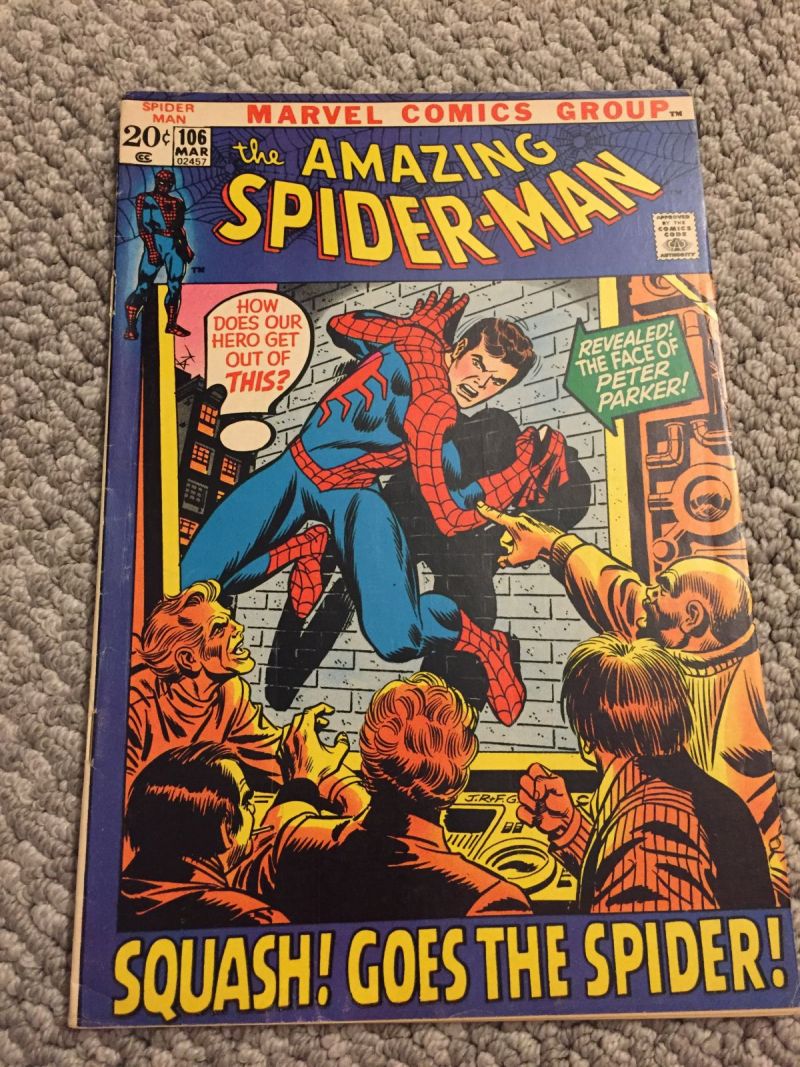 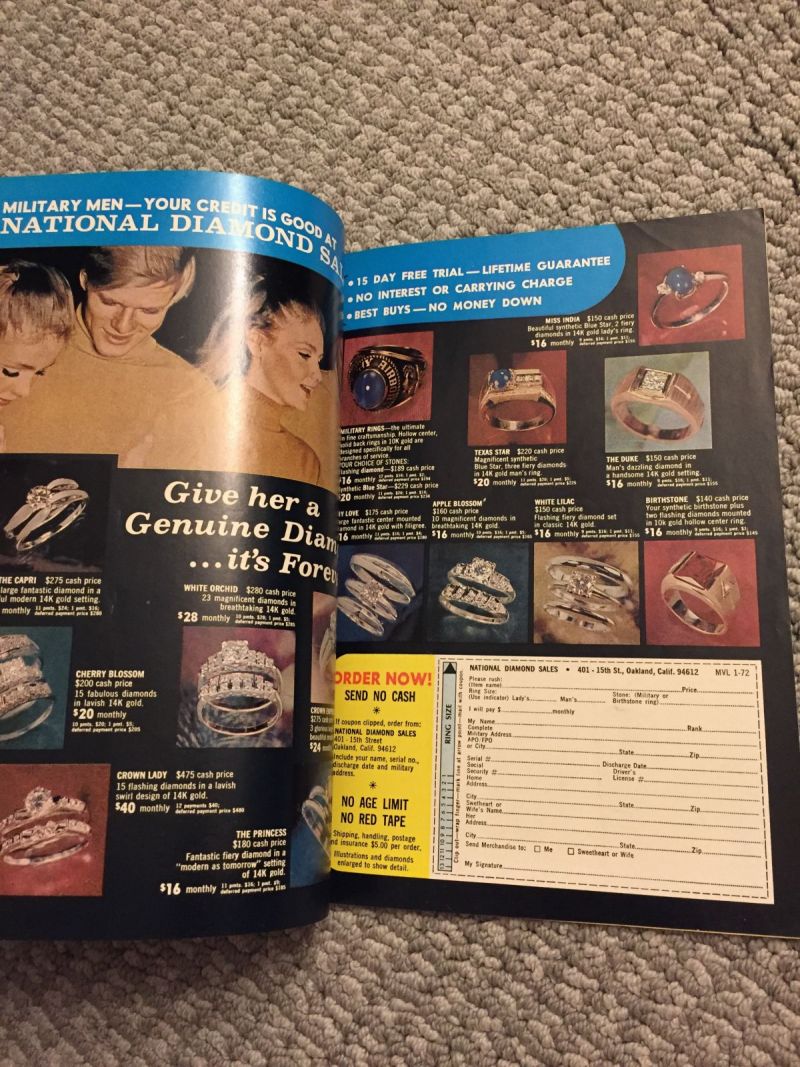 Issue 50 is a big one I need. I had one but sold it because it was a rough 1.8 and I want something closer to 4.0. I also really want issues 39-40 too as I have always loved those two covers.

Also while not technically in this bin, I have one of my three graded comics that I own, a CGC 9.2 of ASM 149 that was a generous prize won from here on the boards. I sold my raw copy because I’m not someone who needs doubles. I also store my copy of What If 24 in this bin, as it features the alternate story had Gwen been saved and just seems right being stored with 121/122.