Sunday I was able to attend Buckeye Comic Con in Columbus, Ohio. The one in November was cancelled per Governor's order. I noticed that there was a lot more early attendees than normal. They were afraid of having to wait as they were only letting in a fixed number of people at any one time. I got there very early and managed to be fifth in line and got one of 25 Ironman "Believe " hardcover books they gave away. Got some of the items on my list. Such as mid high grade copies of Thor 129 and 168. I was also looking for Whitman editions or what some call diamond direct editions of Marvel comics. It's somewhat confusing and won't get in to that but managed to get both versions of Battlestar Galactica 1. Not sure why the "Whitman" copies don't garner much attention as they are much rarer that the new stand editions. I pictured both side by side. They were side by side in the dealers box. The dealer acted surprised I wanted the diamond copy. They were $10 each.

Also picked up issues not on my list that were very high grade. If I see a potential 9.6 to 9.8 for little money I buy it.  Those copies were Thor 233, Marvel Premiere 57 ( 1st Dr. Who), Fantastic Four annual 4 , We will see how they do at CGC. I saw more people buying stacks of books than I have seen for a long time. Listening to the collectors around me yesterday they were just happy to get out. 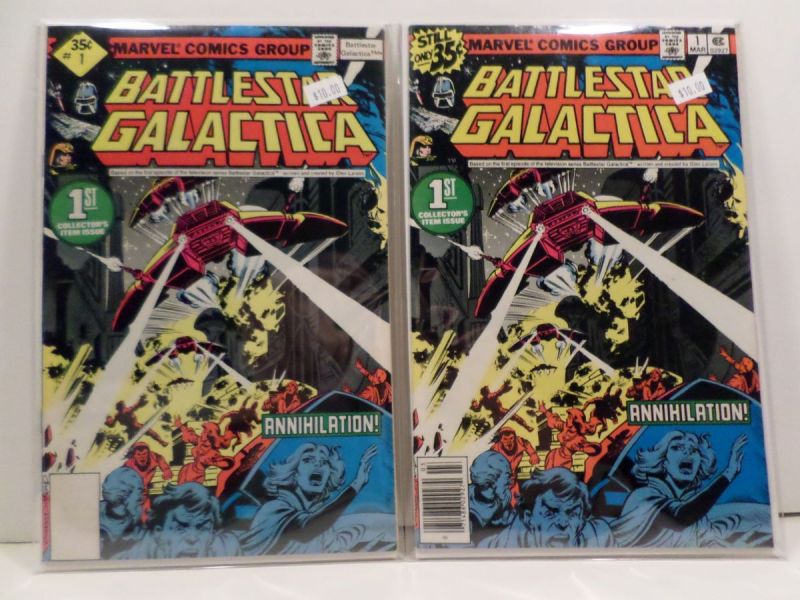