For the first two days of this week, we've had a look at the two Marvel titles that I still maintain a collection on, so let's take a look at a DC one now.

I've mentioned previously how I was a big fan of The Sandman back in the early-to-mid 90's as it was coming out.  Naturally, I sampled some of the other titles and quickly fell in love with the Grant Morrison and Richard Case run of Doom Patrol.  It's a helluva 40+ issue run, and definitely rewards repeat reading.  When I started reading this, I had no prior experience with either the Doom Patrol or Grant Morrison, so it was a bit of a baptism by fire.

Needless to say, they hooked me deep and I've been following every iteration of them since.  The back half of that volume with Rachel Pollack writing sorta peters out, but it was all right.  I was probably one of the only few who enjoyed the John Arcudi/Tan Eng Huat run, as I appreciated the unique visual look of the art.  The John Byrne run is typical past-his-prime Byrne.  I also rather liked the Keith Giffen/Matthew Clark run as I really enjoyed that post Infinite Crisis/pre-Flaspoint era of the DCU.  I think the DCU is just now getting back to the same cohesive universe feeling that made the books from that era a lot of fun, but that's a post for another day.

It wasn't until the last 4 or 5 years that I started to seriously address finishing out the Doom Patrol collection with the original run. 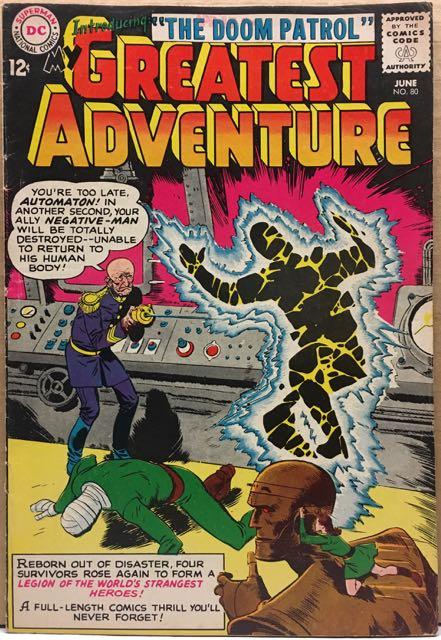 I finally was able to secure a copy of My Greatest Adventure #80 from June 1963.  I picked this one up at a recent auction a few months ago at my LCS, and probably paid full retail for this nice-lookiing VG copy.  I've picked up enough bargains at their auctions over the years, however, that I don't mind occasionally paying up for the books I really want.

The majority of my DP collection also came from an auction at my LCS in 2015, as they were auctioning off a 30 issue lot.  I ended up paying about $200 for that lot, and did all right considering these two were in it... 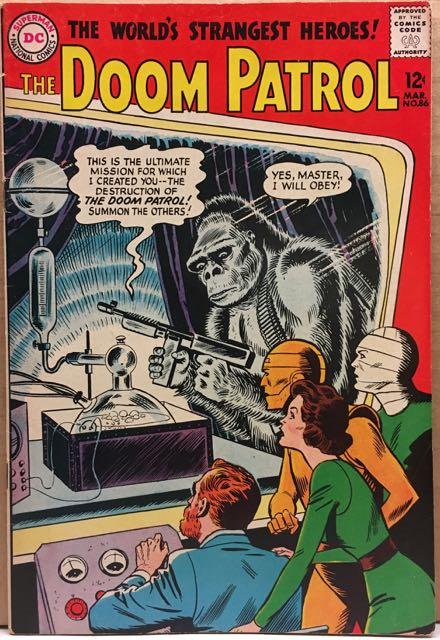 A nice looking copy of their first self-title issue with Doom Patrol #86 from March 1964... 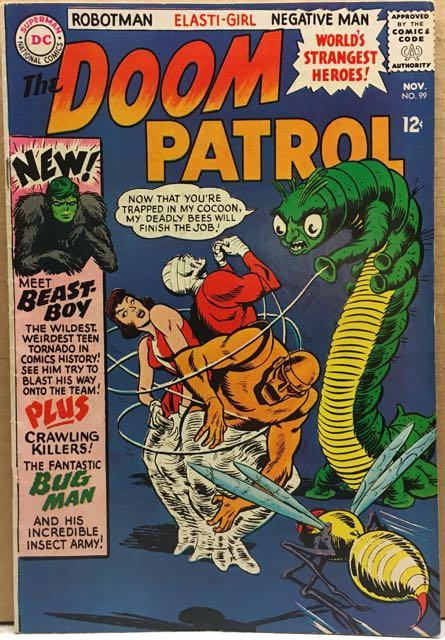 I'm down to missing only six issues at this point, and it's getting to the point that I just need to pony up and pay full retail to finish this run out, rather than waiting to stumble across some more bargains.  This title has been under-appreciated at large for too long, so I need to lock this one down while it's still relatively cheap.

Besides, this title has some of the greatest covers from this era. 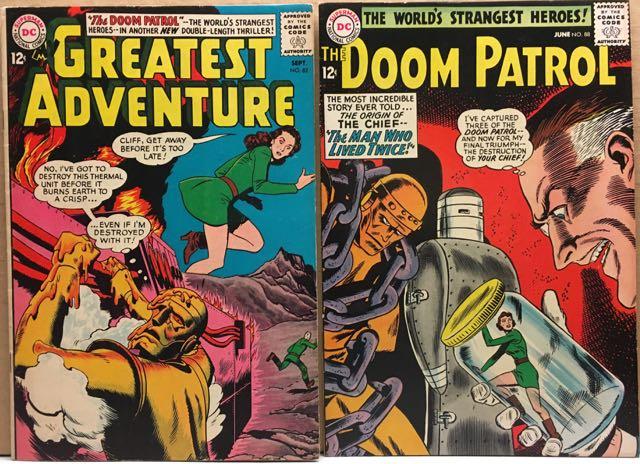 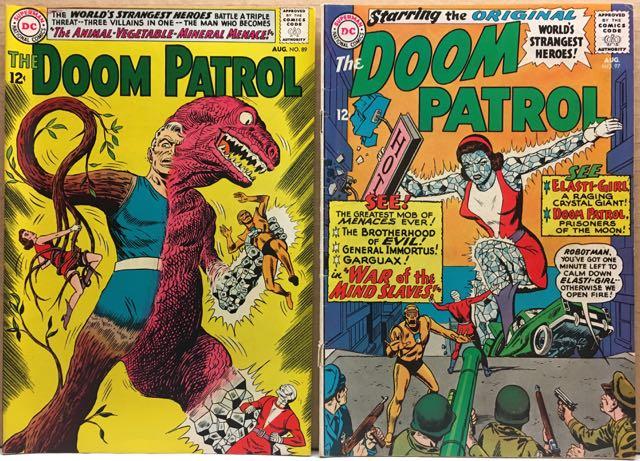 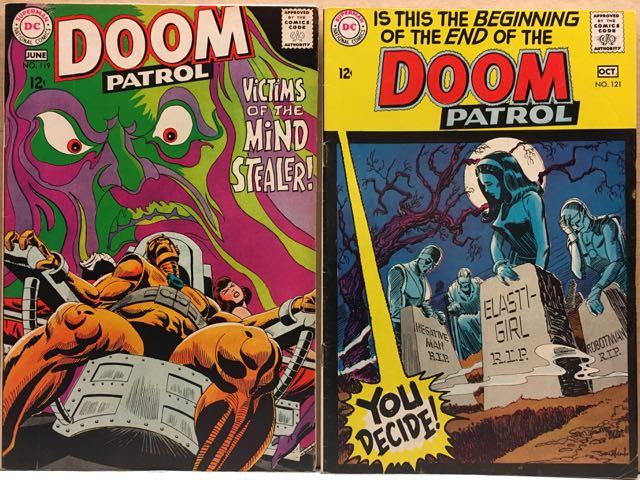 Great stuff all around!