While I was thumbing through the collection, looking for more odd cover appearances by D-List characters, it turns out there was another one in the wall display that I highlighted a few days ago that started me down this path. 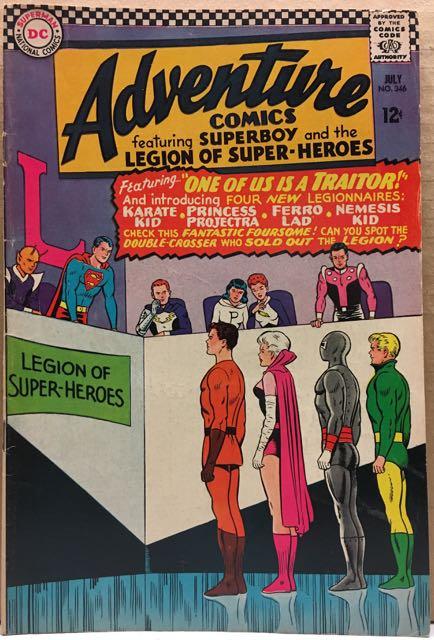 In Adventure Comics #346 from July 1966, we are introduced to four new recruits for Legion membership.  But alas, one of them is a traitor!

Who could it be? 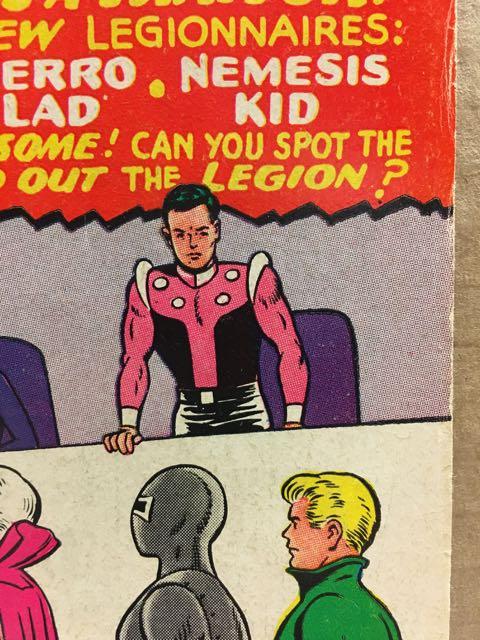 Spoilers from here on out for anyone who hasn't read this yet, but the only worse name that Nemesis Kid could have chosen would've been Traitor Lad.  This issue ends in a cliffhanger, with all of the super-obvious clues pointing at Karate Kid as the Legion traitor.

Now I don't have the next issue yet, so I don't know for sure, but I'm going out on a limb here to say that Nemesis Kid is the actual traitor.  I mean, it's right there in his name!