We all want to collect comics that are popular. We all endeavor to try and get those special OAK issues that put our comic over everyone else's or put's our set just slightly ahead of anyone else's.

Sometimes we pay a lot more for something that's highly sought after, hence more valuable, even if it's Registry Point value doesn't match up to the cost. Signature Series issues are often like this. You can wind up paying WAY more just for the sig that gives you just a few extra points in your registry. This, of course, often means a negative RP/AP ratio. But we, being competitive collectors, can look over that for what it does for us.

Then there are those issues or series that are not worth many Registry Points at all, but which we personally remember with fondness. They bring a since of nostalgia and we want to get them for what they mean to us personally.

These often are not hugely popular and we often have to pay much more for them because there are not many of them available because they are not sent in to be graded as often. Some may not even be available to put into the registry yet, meaning no points at all.

I'm pretty sure that most all of us have a comic or series like this. Something we're willing to pay whatever price necessary to get just because it means so much to us. These constitute exceptions in our collecting, and our trying to get good value for our money with the series we collect. RP/AP ratios go right out the window. We are so proud to own what we have in these instances, even if no one else really cares.

I have a copy of GOBBLEDYGOOK #1(shown below) that I remember having as a kid. It had two original Teenage Mutant Ninja Turtles stories in it and was my first glimpse at the Half-Shell Heroes. Because of this issue, I went out and got all the TMNT comics I could get my hands on. I got this thing even though it isn't listed anywhere in the registry because it means a lot to me.

I've tried to get it put into the TMNT set category listing but so far no one seems to think it matters. That's ok, though. I'M GLAD I HAVE IT!

We're comin' up on Christmas now, and I just want to say MERRY CHRISTMAS to everyone. May you always be able to get the comics you truly want!

I wish the seasons best to all of you and your families. 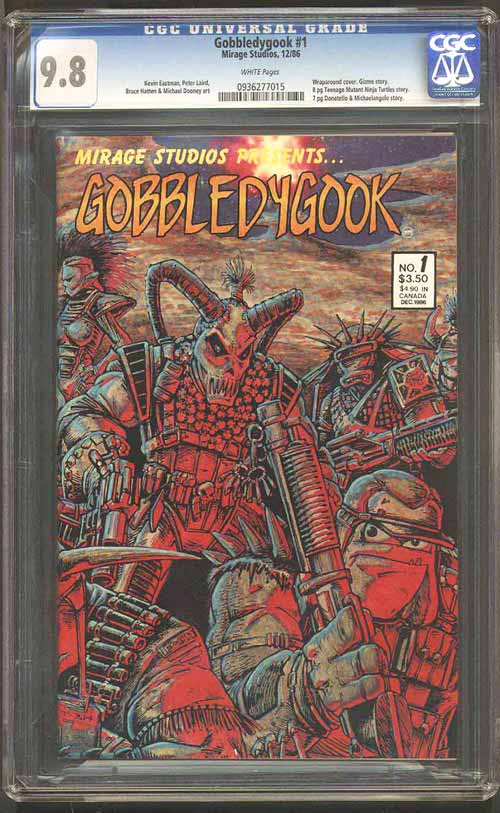