Well, there was a movie released that month called Superman The Movie, that's why!

A favorite complaint these days is that neither Marvel or DC has appropriate books on the shelves to take advantage of the heat that is generated by comic book movies.  So how did DC do back in 1978 at the golden age of superhero movies? 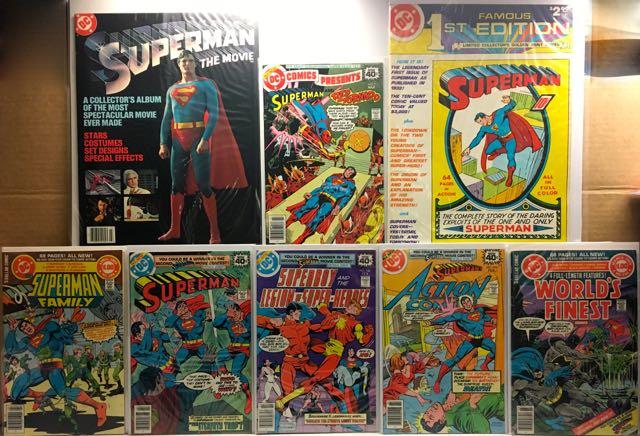 All-New Collectors' Edition: Superman The Movie #C-62 was right there to take advantage of the hype, with an issue dedicated to the movie itself!

The FFE's had ceased publication a few years prior, but they revived the title for one more issue with Famous First Edition Superman #C-61.  How they neglected to print this issue back in 1974-1975 when they printed copies for Batman #1 and Wonder Woman #1 remains a mystery, but the timing worked out for them in the end.

As for the other books that month?  Pretty standard mid-to-late Bronze Age stuff.

Thanks for reading, and have a great weekend!