Which rare book do you own or know of, that is drastically being short-changed in terms of its CGC point value?

In this segment of Ideas for Enhancing CGC Competitive Sets, I will be discussing reasons in which the CGC should consider reassigning point values for certain rare/ low-print run books, and the possibility of designing a point value system for recognizing pedigree books.

Before I begin, I just want to thank all of you who contributed to my previous journal, which addressed "Page Quality Points!" Some of you came up with some interesting solutions and ideas, and I was very pleased with all of your feedback!

With that said, the topic of reassigning point values for low-print run books and whether or not pedigree books should be allotted bonus points came up quite often. So let's get the ball rolling on this topic and see where it takes us!

First of all, I have to give the CGC credit for explaining how they generate a point value for each book based on their current method. I am not sure if all of you read this information, but if you drag your mouse over "My Collection" and scroll down to "Registry and Ranking Info," they delineate the various methods they used to generate a point value system from when the Registry was first created up until now.

Basically, early attempts towards deriving a book's score were based on price value & individual grades. However, both of these methods proved to be impractical towards the CGC's goal of creating a "competitive but fun vehicle for both serious and beginning collectors to gain recognition for their sets."

Due to the constant and unpredictable fluctuations with market value prices, and the fact that grades alone could not account for a book's 'rarity,' their solution was to create a scoring algorithm to venture beyond these limitations. To quote the CGC specifically, "The goal of the scoring algorithm used by the Comics Registry is to represent accurately each comic book's scarcity, desirability, and value, while ensuring a fun and competitive collecting environment."

If you continue to read the CGC's explanation as to how they calculate a book's final score, you will learn that they begin with a 'raw' score that equates to the market value of a Near Mint copy of that book (which we will never know of), which is then multiplied by a figure of "standard weights," - which is definitely ambiguous. In contrast, the CGC states that "The algorithm attempts to weigh the relative value, scarcity, and desirability for each grade and category, and varies based on the comic age and other variables."

I think that based on this information, the CGC has come a long way since its inception. However, I believe it is now time for the CGC to update their algorithm and to analyze the market more thoroughly, in order to generate a point system that more accurately reflects specific books.

For instance, I will use my copy of Wolverine #145 Dynamic Forces Edition CGC SS 9.8 with White Pages (see image below). This is one of the rarest books of the entire Wolverine (1988) series! There were only a total of 3,000 copies printed and most of them were signed for promotional purposes, without a CGC affiliate being present to witness the signing, so at best most of the books would be graded as a Qualified (green label) example. To provide more insight, a raw near mint copy of this 1999 published Marvel book will sell for $222.00 on Mile High Comic's online store! That is pretty expensive for a book nearly published in 2000!

Now if any of you are familiar with the rare issue of Wolverine #145 Nabisco Variant Cover, which one had to mail a specific amount of UPC's in order to attain a copy of this book, the CGC has allotted a whopping 352 registry points for a CGC SS 9.8 example - which I also currently own! Aside from issue #1, this book has the second highest amount of registry points in the Wolverine (1988) set type!

On that note, the #145 Dynamic Forces Holofoil book that I have scanned below had a similar print run compared to the Nabisco Variant Cover. However, guess how many registry points I received for this book at the same grade, which is a CGC SS 9.8 (highest graded)? Are you ready ... "39" points! Now, does that make any logical sense? Basically, the #145 DFE CGC SS 9.8 would receive as many points as the regular issue #144 signed as a CGC 9.8! This is ridiculous! I paid $400.00 to attain this beauty, and although I don't purchase my books solely to gain registry points, it just seems downright degrading! I feel like the book doesn't get the proper "respect" that it deserves.

This is a clear indication that the CGC needs to consider the variables they include in their current algorithm, so that books like these and others (many of which you probably own) can be appropriately recognized! I would at least ascribe 200 registry points for a Wolverine #145 DFE CGC 9.8 SS with White Pages.

However, the CGC has a rebuttal on this as well, "Comic scores do not equate to market dollars. A more valuable book will in most cases receive more Registry points, but its score is not directly correlated to its value. The algorithm is also designed to enhance and encourage competition in the Registry by reducing extremes in value differences between grades and categories. For this reason a very valuable book may receive fewer points than might be expected, or a relatively common book will receive more points than might otherwise be expected."

I think a recurring theme you hear from the CGC is that they want the collecting experience to be "fun" for the novice or inexperienced collectors. However, those newbie collectors will soon mature into more serious collectors, who will also still know how to have fun, but will now know the actual "value" of specific books and would like that worth to simply be reflected by its corresponding point system!

Nevertheless, the CGC appears to be open-minded with their closing statement on the issue, "Research is continuing into more advanced methods to provide a ranking system that recognizes the intelligence of the market, while offering a better reflection of relative rarity in higher grades and adjusting for market distortions. The goal of the system is to continually increase the breadth and depth of available sets, taking into consideration valuations and opinions in order to fairly and objectively apply Registry point values."

Now the question is, "when" will the new changes take effect? If it is comparable to your standard comic submission, we might be waiting for a very long time! :-)

Thank you for reading! I am looking forward to reading all of your feedback!

I will have to write about "Pedigree Books" in a separate journal, which will serve as Part 3 to the "Ideas for Enhancing CGC Competitive Sets." 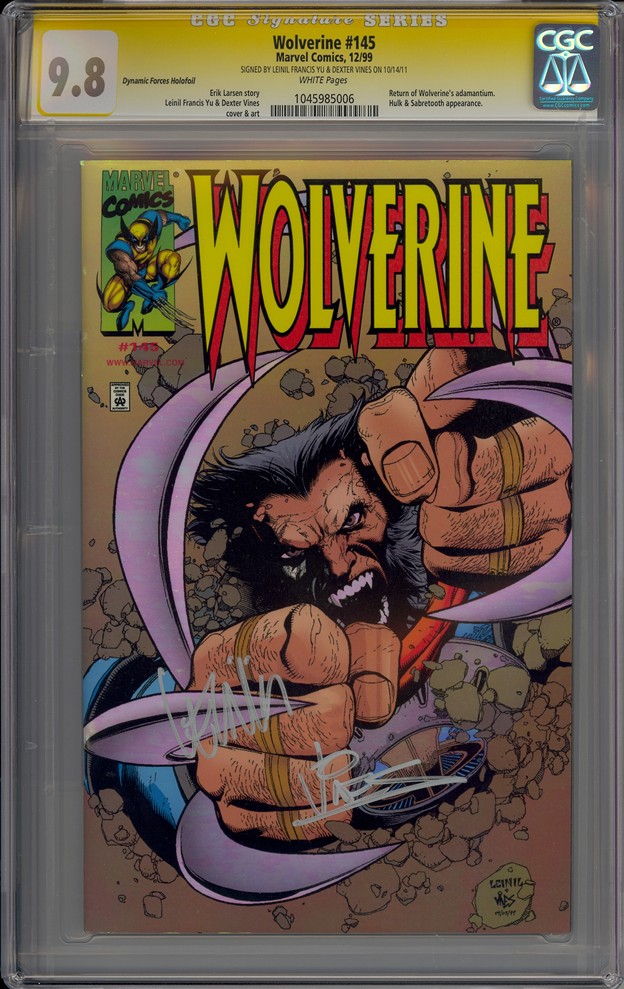