So I try to be pretty tight in my collecting focuses. Green Lantern (priority on signature series) and adding to or upgrading my Gothic Horror Lady in White themed collection.

But last year I decided that I wanted to try to get signed books (SS where possible) by all of the greats who laid the foundation for all the comics I'd later enjoy when I was a kid in the 80s.

Part of this desire stemmed from my sadness that I'd never get a Signature Series Gil Kane book (since he died before the program), as that he was the co-creator of Green Lantern, my favorite superhero.

So my first target was to get a signature from Carmine Infantino, who did so much for DC before my time, most notably creating the silver age Flash. Infantino's ability to show motion on the static page was always amazing to me, and influenced so many artists throughout the deacades.

So I was lucky enough to get his signature on a Flash book thanks to the facilitation of Desert Wind Comics last year. He passed away not two weeks after I got my book back from CGC. I felt so lucky and blessed to have a book by Infantino, even if I never had the chance to meet him myself.

My family situation precludes me from being able to go to almost any convention, maybe in a decade this will change, maybe not, but for now I have to rely on the facilitation of others and just be happy with having a book that was held and signed by some of the creators I respect so much. I wish that I would have had a chance to thank him in person, but hopefully the amount of love that was shown to him by the collecting community made him know how important he was to all of us.

I'll be adding to this journal as I plan for, and acquire more signatures by some of the great. 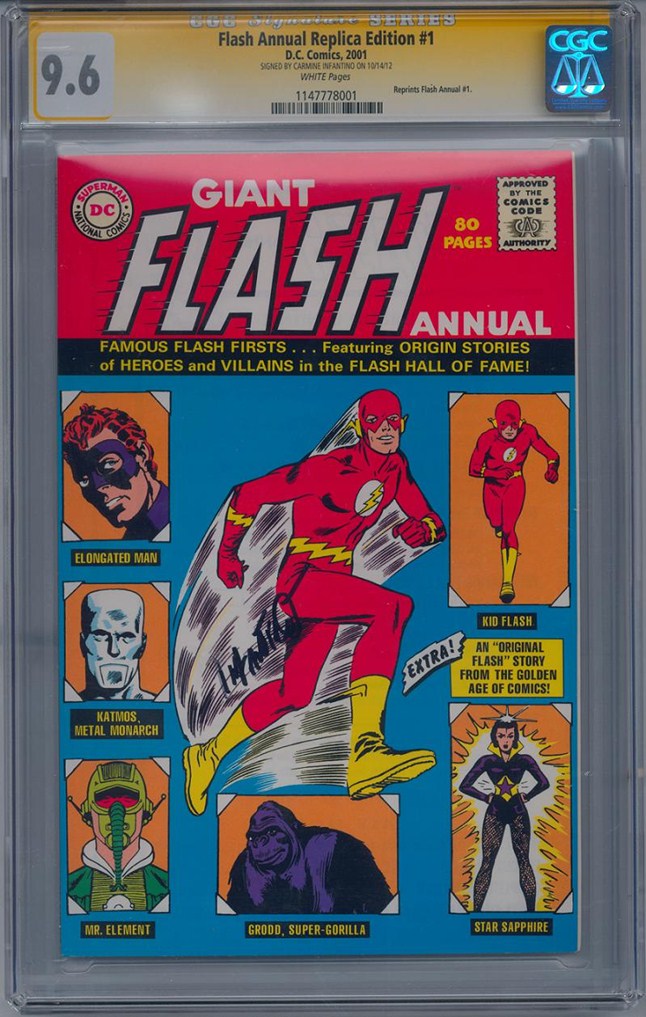