A bit early, but a bit better

While most comic enthusiasts know Free Comic Book Day is the first Saturday in May, I got to celebrate a little bit earlier than the national date. On the last day of April I had the good fortune to get a long box of comic books absolutely free. Most comic shops have a limited amount of comic books to give out. These comic books normally have the banner announcing "FCBD" right on the covers. Sometimes they are reprinted material, others are used as coming attractions, and a few are entirely new. At times, if they run out of the allotted amount, back issues are used. The comic books I received however, were entirely new in the eighties and nineties. But how did I get them? And from whom?

Lately I have been spending more time on Instagram and Facebook showing off my CGC collection rather than collecting them. More on the actual reason why later. As I collected more and more CGC graded comic books over the past few years I began friend requesting and following people I have never met. I also expanded that to creators. Some of them saw the friends I have and accepted me purely off the mutual friends we had, others accepted me for reasons unknown, but one that accepted me was the initial artist on a comic book series that if it never existed, would have had me never experiencing the joy of collecting comic books. The series of course is The New Mutants, and the creator I speak of, Bob McLeod.

The co-creator had announced that he was giving away comic books, not just one or two, but long boxes worth; all anyone had to do was come pick them up. I never realized how close he lived to me. After a few short messages and a couple of emails, we set it up for Thursday April 30th. I didn't know what to expect, especially since most times I saw him at conventions I was not only limited to time, but limited in words. How many times can I tell him how much his work influenced my collection?

I arrived at his house almost expecting to pick the books up and leave, but that isn't what happened, for half an hour we sat in his kitchen and talked. Fortunately it wasn't a fan boy moment where I praised and praised him, but it was a moment between two fans of the industry, one of course who accomplished a successful career, longer than I've been collecting. So while many people will be traveling to their LCS for free comic books, not only did I get mine, but I got to sit for a time with a humble legend. 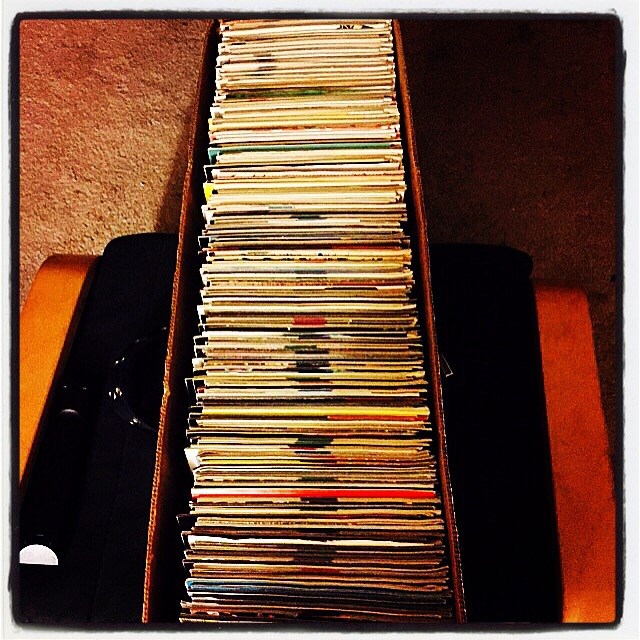