My journey into this wonderful hobby began in early 1994, when I found The Death of Superman graphic novel at Kroger, I was 11 years old then. The graphic novel collected the seven issue storyline "Doomsday!", the comic book colors inside hooked me. I had heard of this “event” but I was so late to the party that it was over. The Death and Return of Superman story arc was a trilogy of storylines; "Doomsday!", "Funeral for a Friend" and "Reign of the Supermen!", all ancient history by '94. After I got The Death of Superman graphic novel I searched out issues for  "Funeral for a Friend" and "Reign of the Superman!," not an easy task for a kid with no job (or allowance 'cause I never did chores), who's only transportation were his parents or the school bus. I was able to catch up thanks to few Toys-R-Us trips, where late comers like myself were able to pick up various two packs and packaged sets of comics, with a lot of Superman books. I found most of the issues I needed for "Funeral for a Friend" this way. As I got more into collecting I decided I wanted to have the individual "Doomsday!" issues, even thou I had them nicely collected in TPB form, after another Toy R Us trip, I got all those issues from a box set.

As I started accumulating price guides, poly bags and backing boards a monster began to gestate, who became concerned about condition and value. I then discovered there were actually multiple printings for many of these issues, and the first printings were more valuable! Each printing after the first edition was notated by a roman numeral, next to the issue number and price on the top left corner of each cover. The cover art remained the same with each subsequent printing but the title logo color scheme changed for each issue’s printing. After realizing this the 2nd, 3rd and so on printings I had were tarnished in my eye. All of my "Doomsday!" issues were later printings, and not worth the paper they were printed on, and most of my 'Funeral' issues were the same. As the years went on, and the prices went down, I replaced many of my later printings with first prints, recycling the paper rags I had before.

Around 2007 I decided to start CGC Registry set for this storyline, all 9.8, first prints only, yet by the early 2010's I re-discovered the later printings, becoming enticed by the thrill and challenge of trying to find these books in high grade. I love how unexpected all of this was, I know I never thought the later printings would ever be collectible, and I think it's safe to say I wasn't the only one.

Here are my CGC examples thus far, keeping the thrill of the hunt alive. 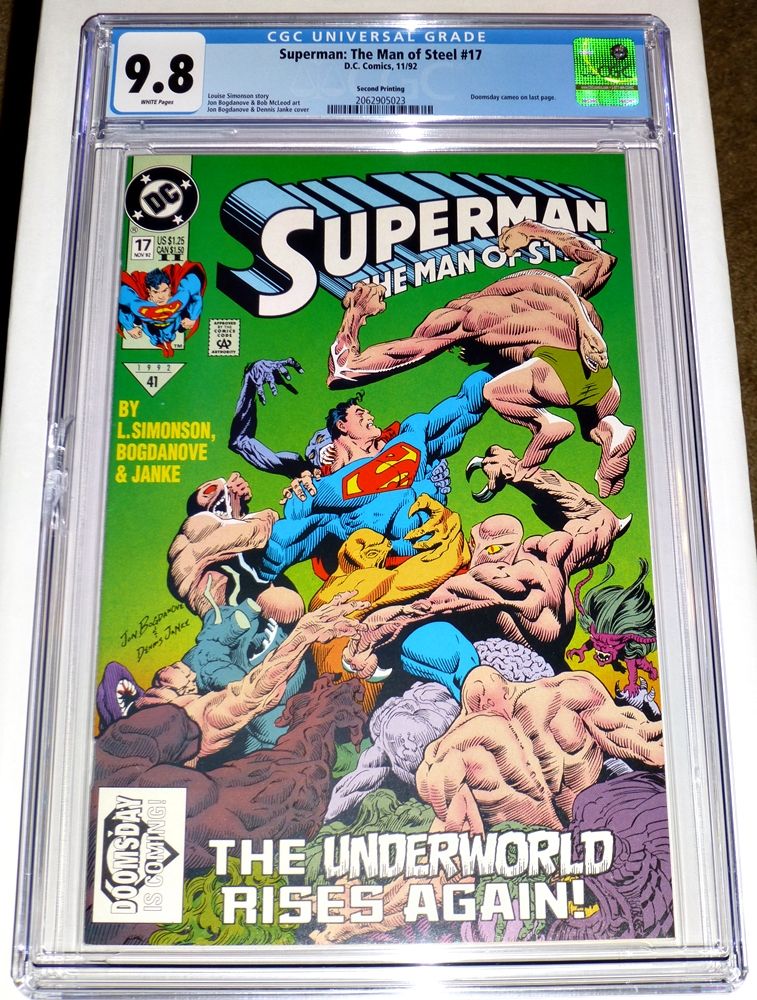 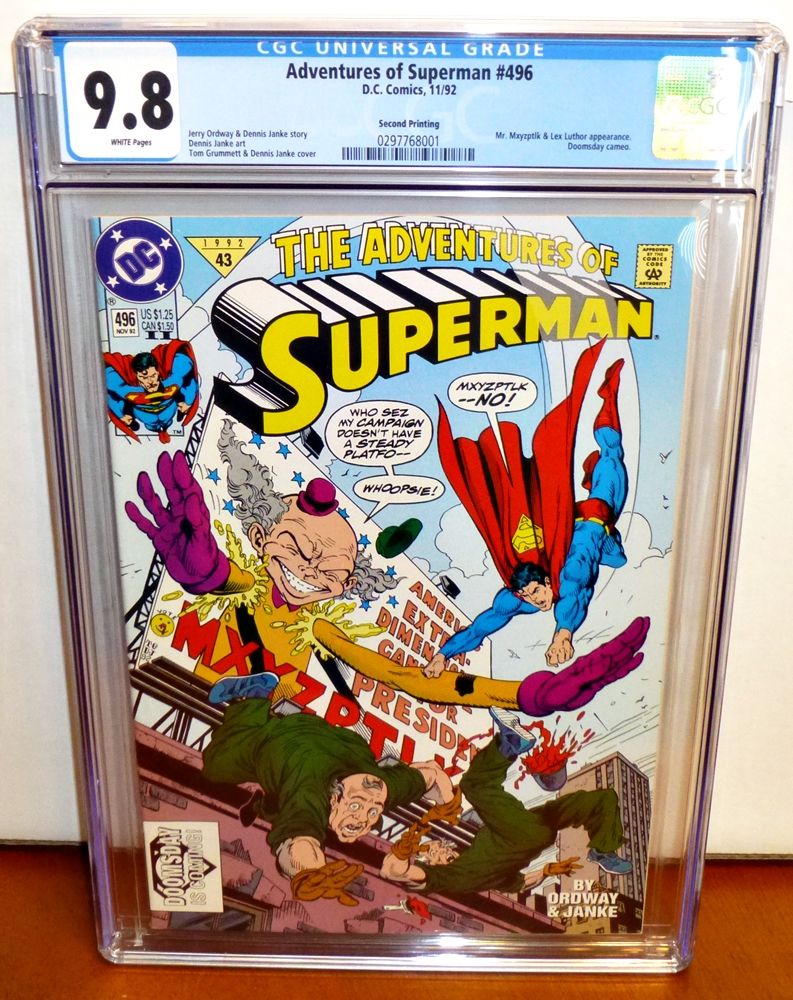 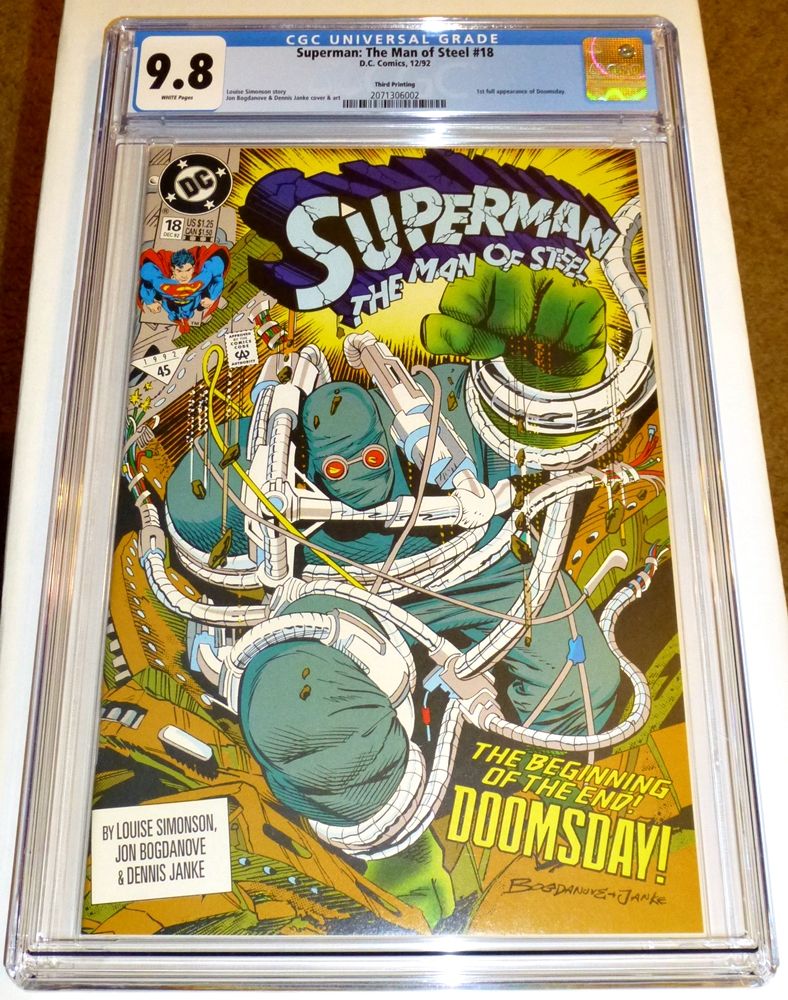 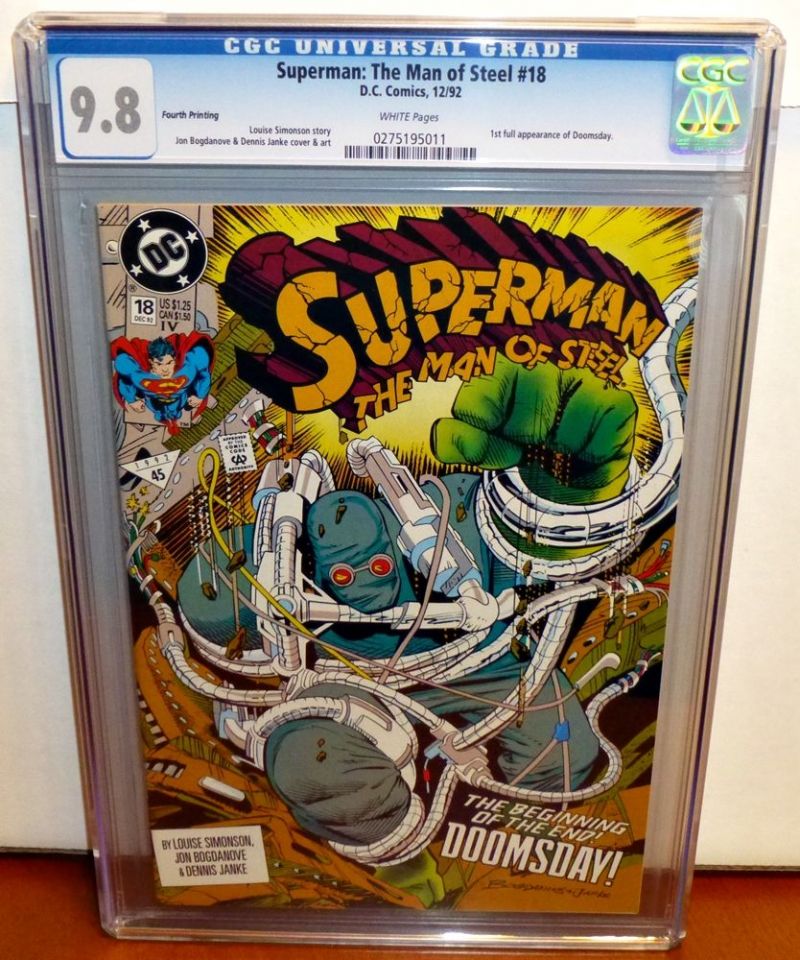 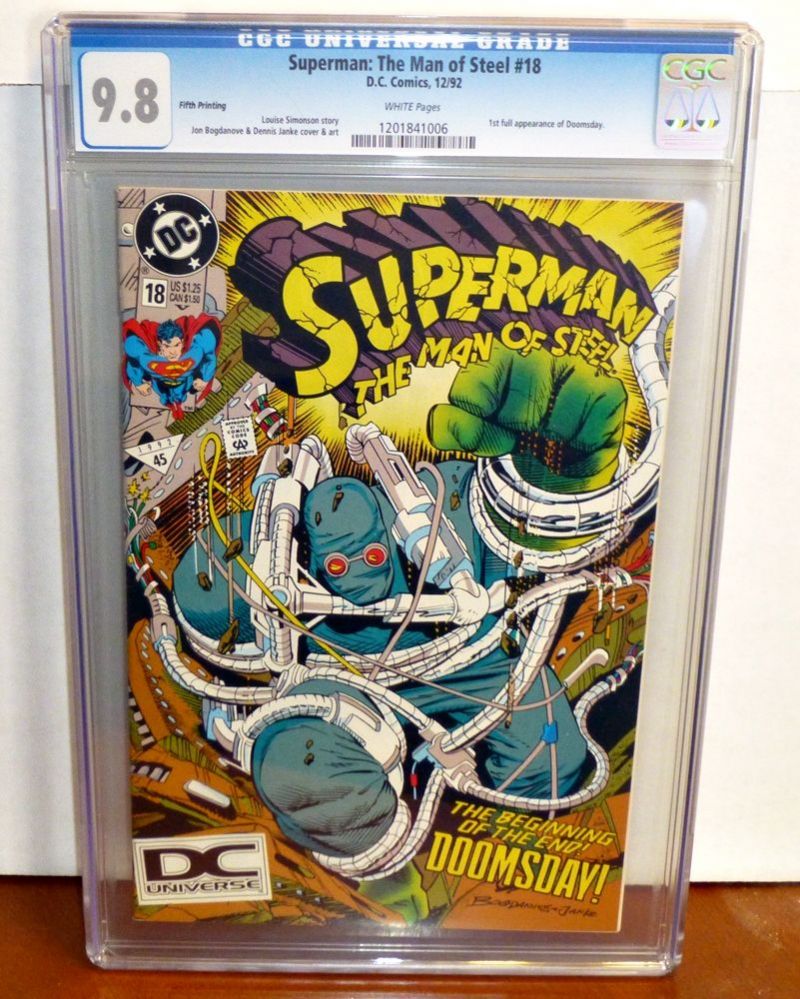 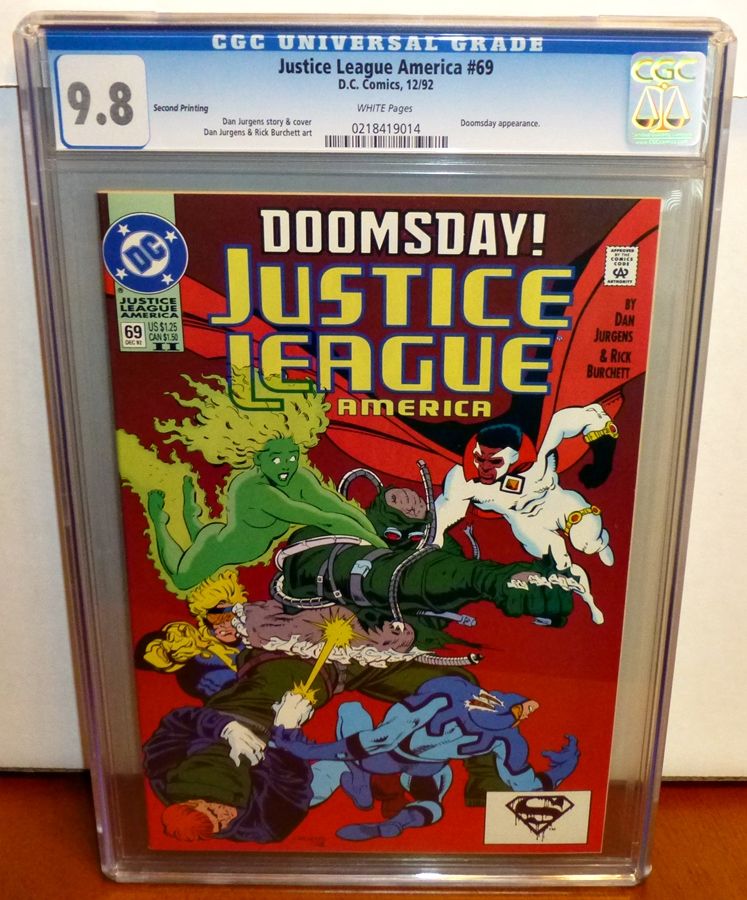 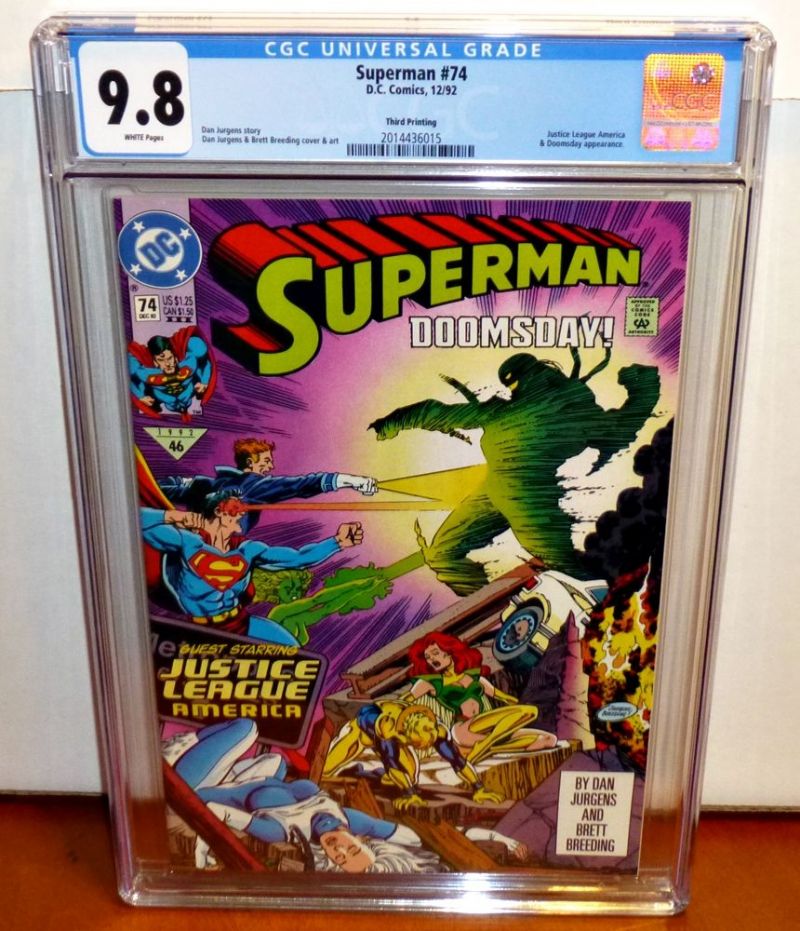 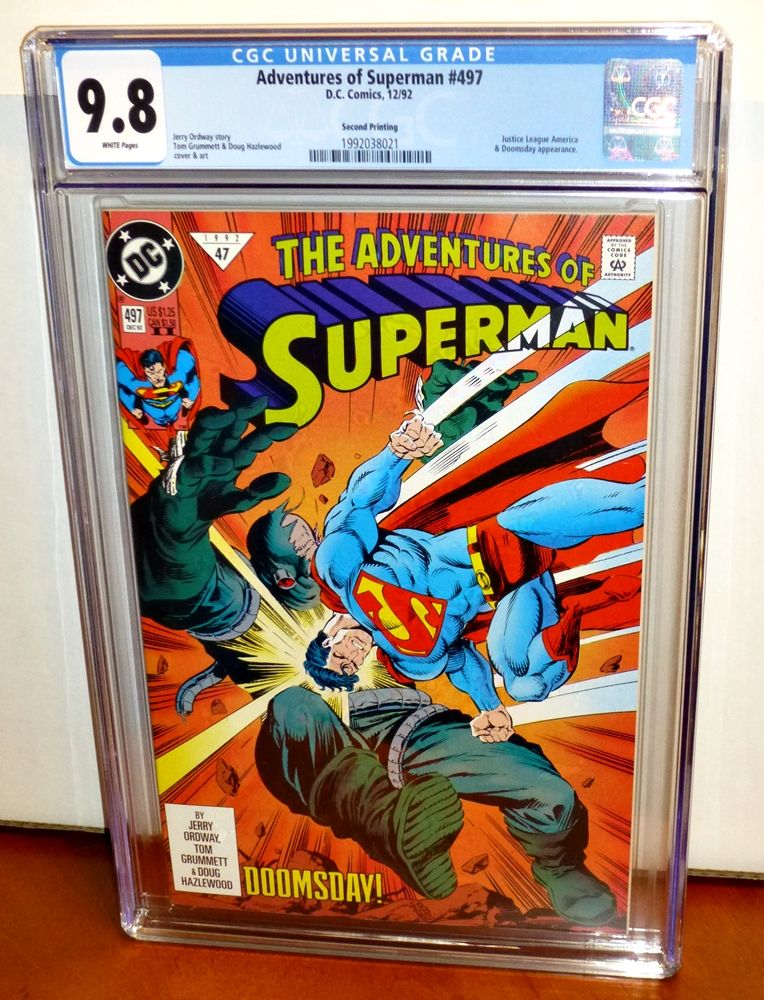 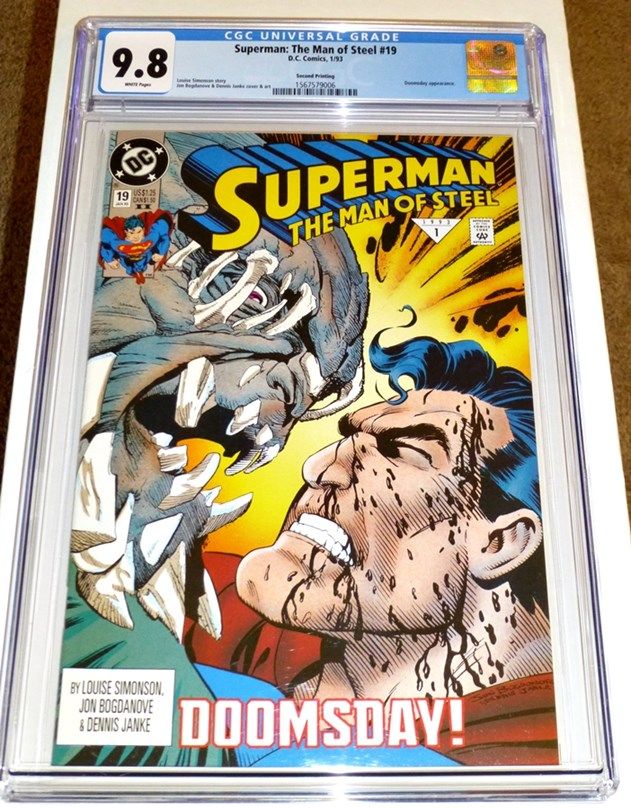 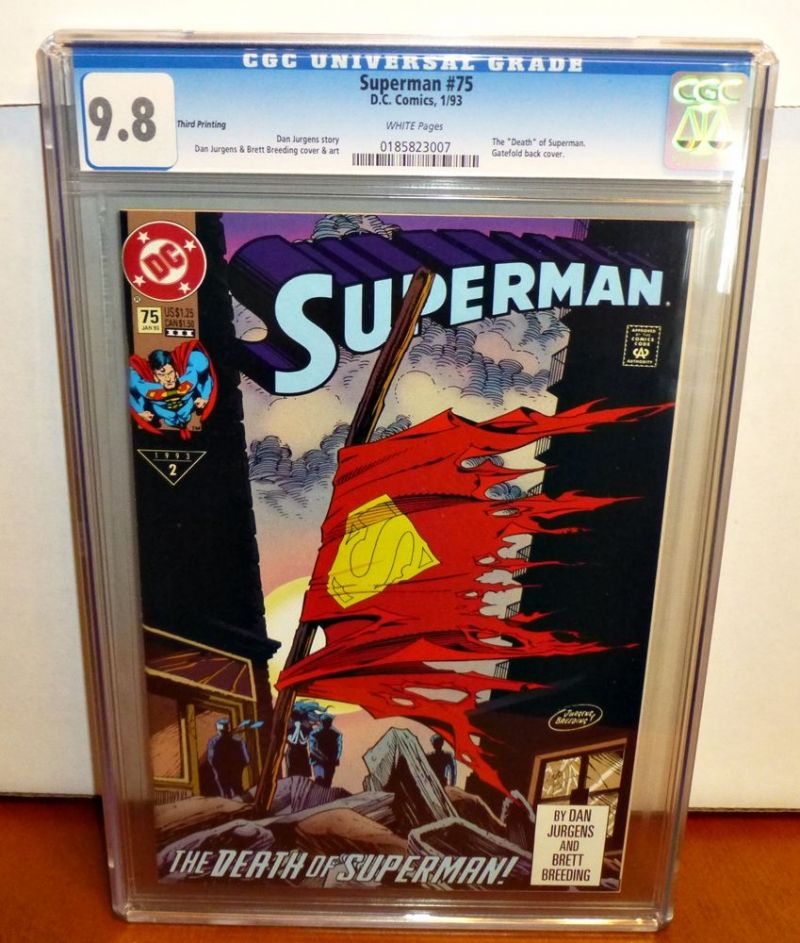 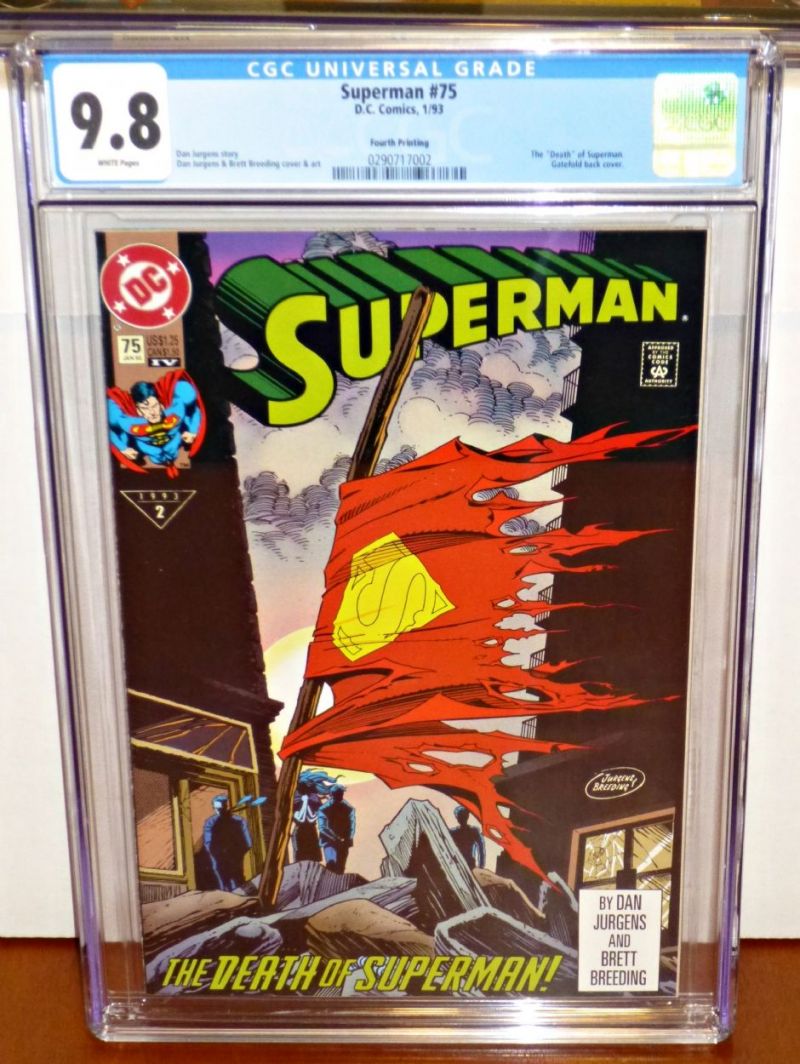 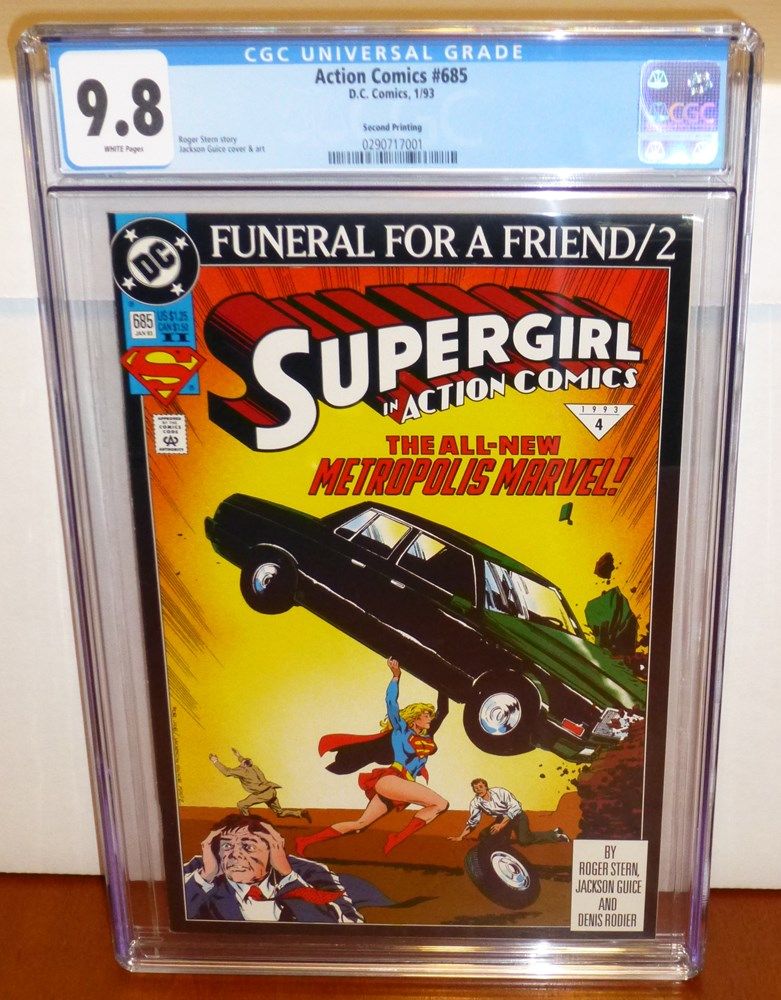 Some of my childhood books also survived, thankfully. 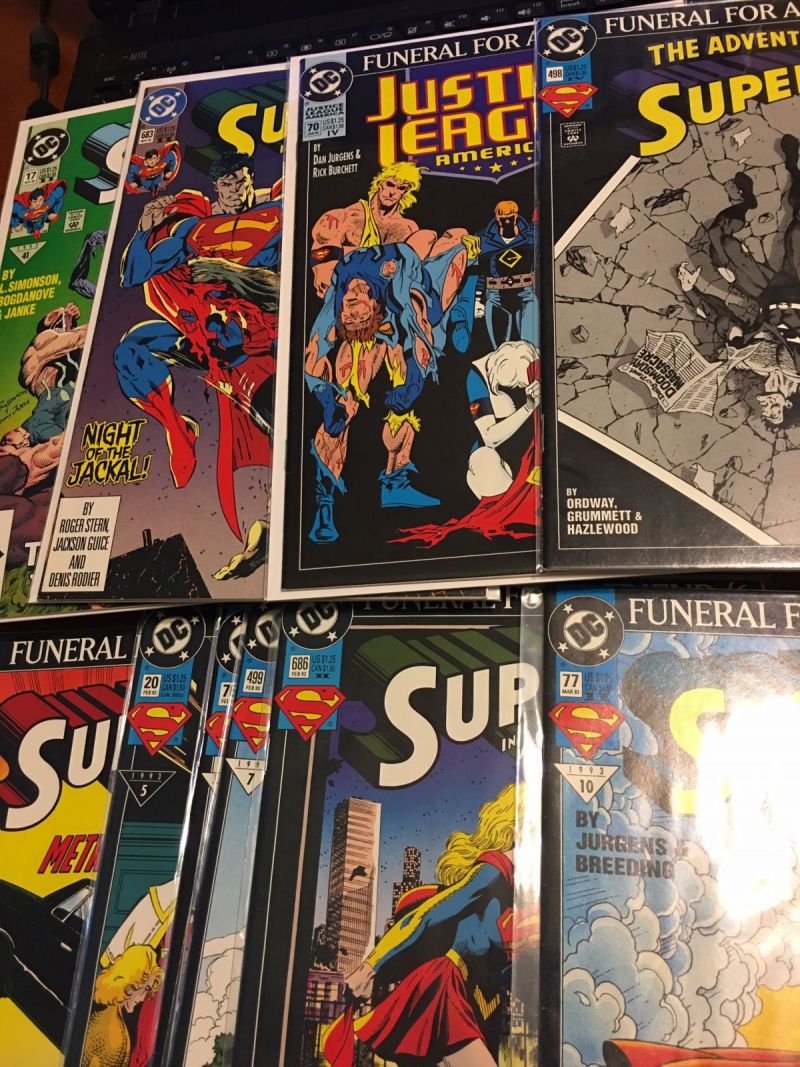 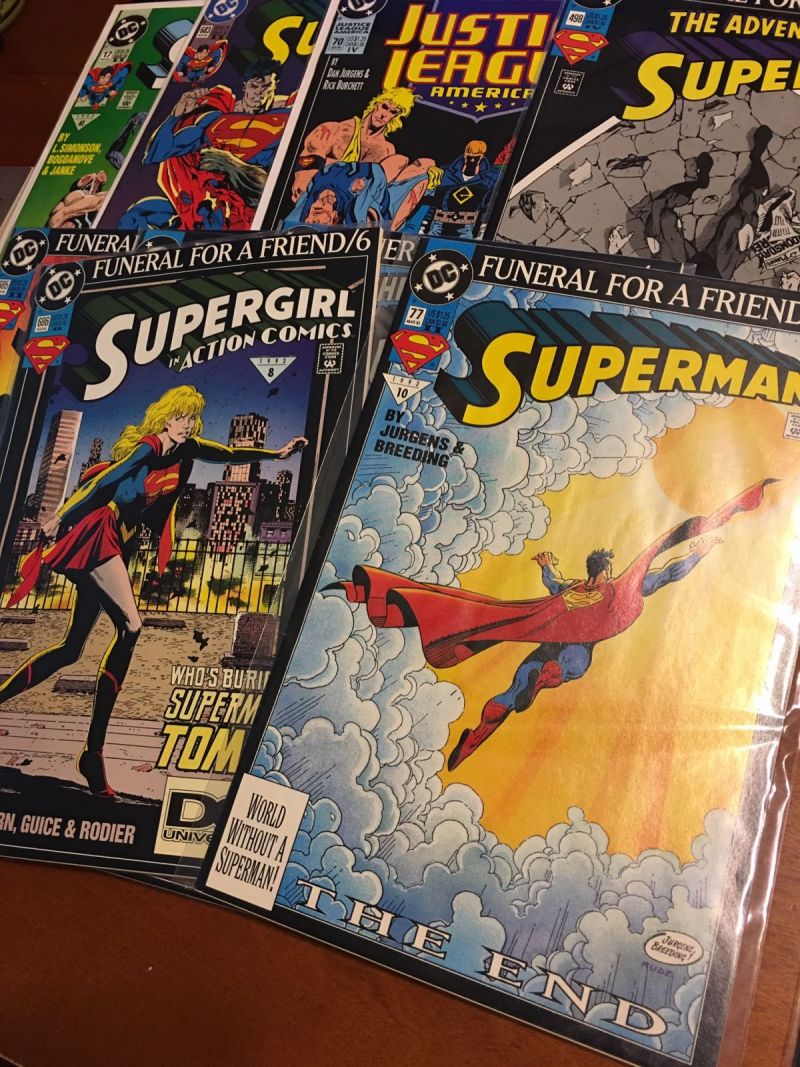 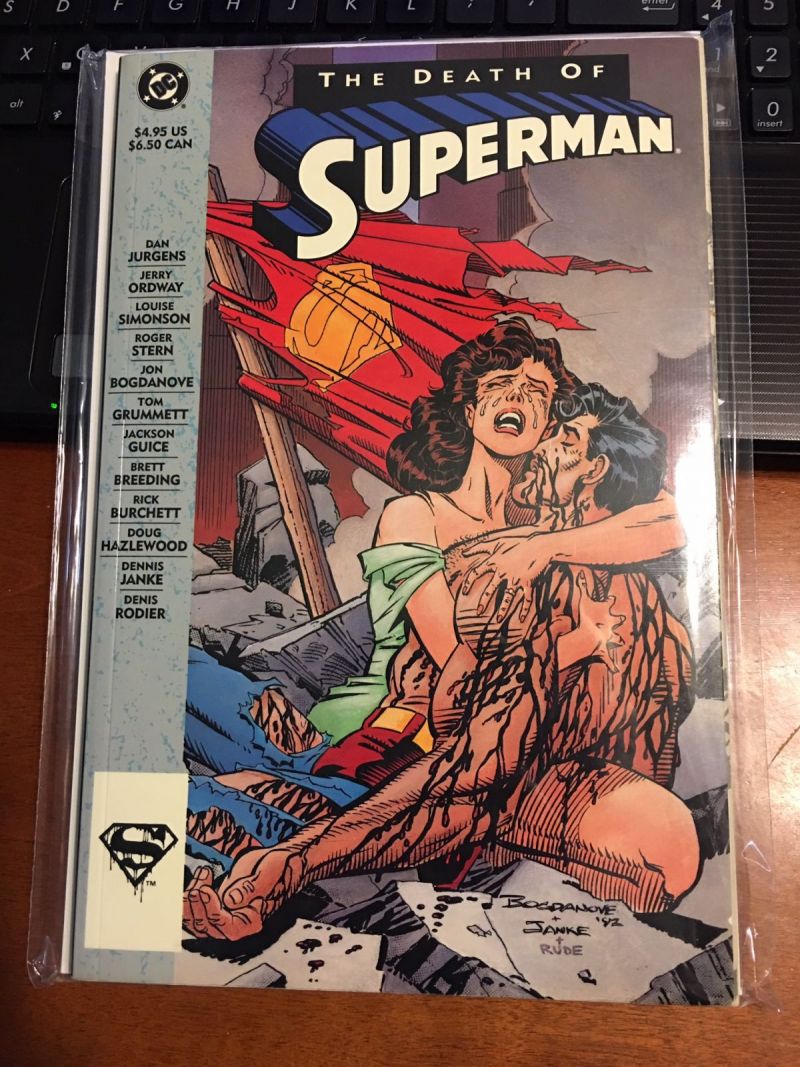