We're inside the last 48 hours, so I have composed another update (well, a couple really since last time I posted here).

I also just wanted to remind everyone that may be interested that this Kickstarter is going to end shortly, so if you do think this is a comic you'd be interested in, now is the time! Most of the variant covers will be printed in very small numbers, and the Kickstarter Exclusive Variant Cover in particular (which is an homage to Flash Comics #92) is going to be in short supply, since I won't be selling it outside of Kickstarter.

And one more look at the variant covers: 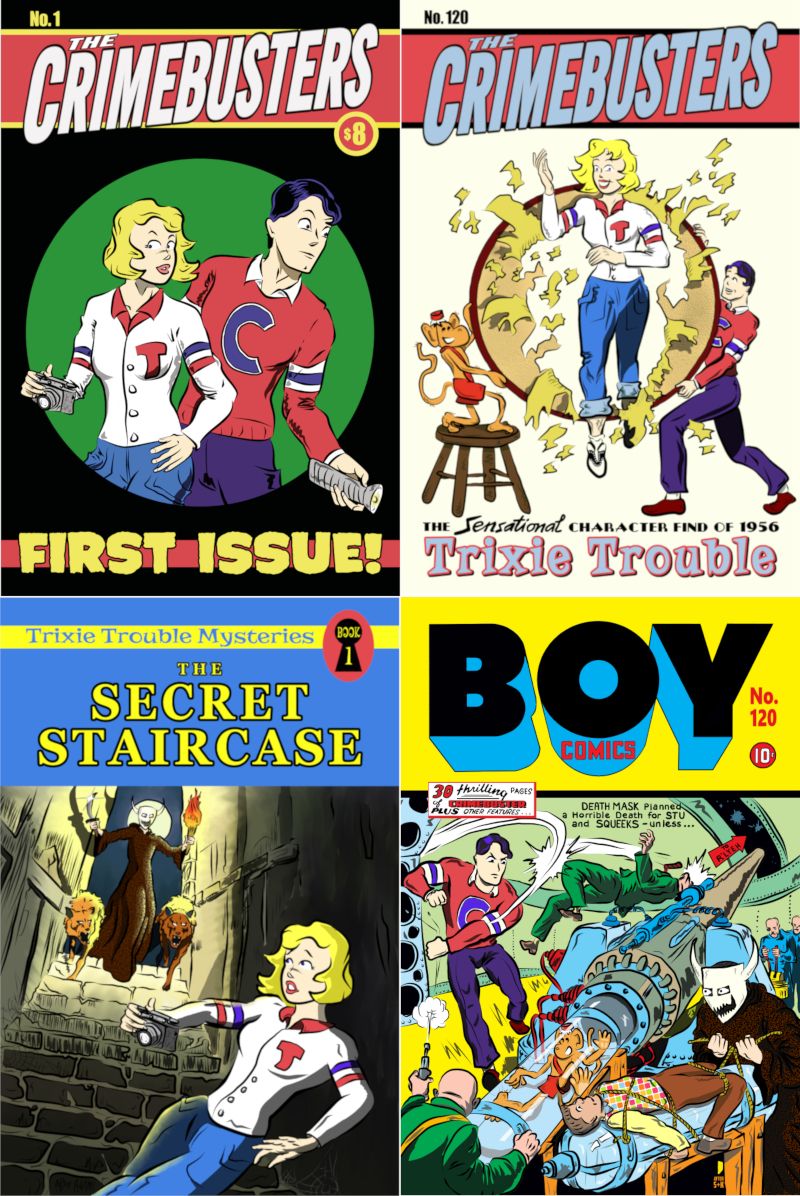