So about 5 years ago I heard people had found deals in other countries on eBay. I tried but did not seem to have any luck. So I gave up on it. But then one day I had an alert for an auction in Mexico. It was for a bunch of Spidey books, early ASM issues. The ask was $300 and the pictures were once again horrible. There was a beat up copy of issue 50 shown and a few others, nothing key. Yet on the description, there were quite a few books listed, including some key early ASM books I really wanted. I asked if everything listed was included, the guy responded quickly saying yes and I clicked the buy it now for $300.

When they arrived I was surprised. The pic below shows what I kept. Sadly the issue 50 was low grade and had some writing in it so I decided to sell it to cover some costs. There was also a bonus thrown in, issue 3 of ASM with a repro cover. The interior was all there but some kid had taken pen and literally over and around the images in half of the book. I decided to sell that too and surprisingly did way better than I thought. I moved a few more rougher low grade books and came away even on it all. And with these books essentially free! 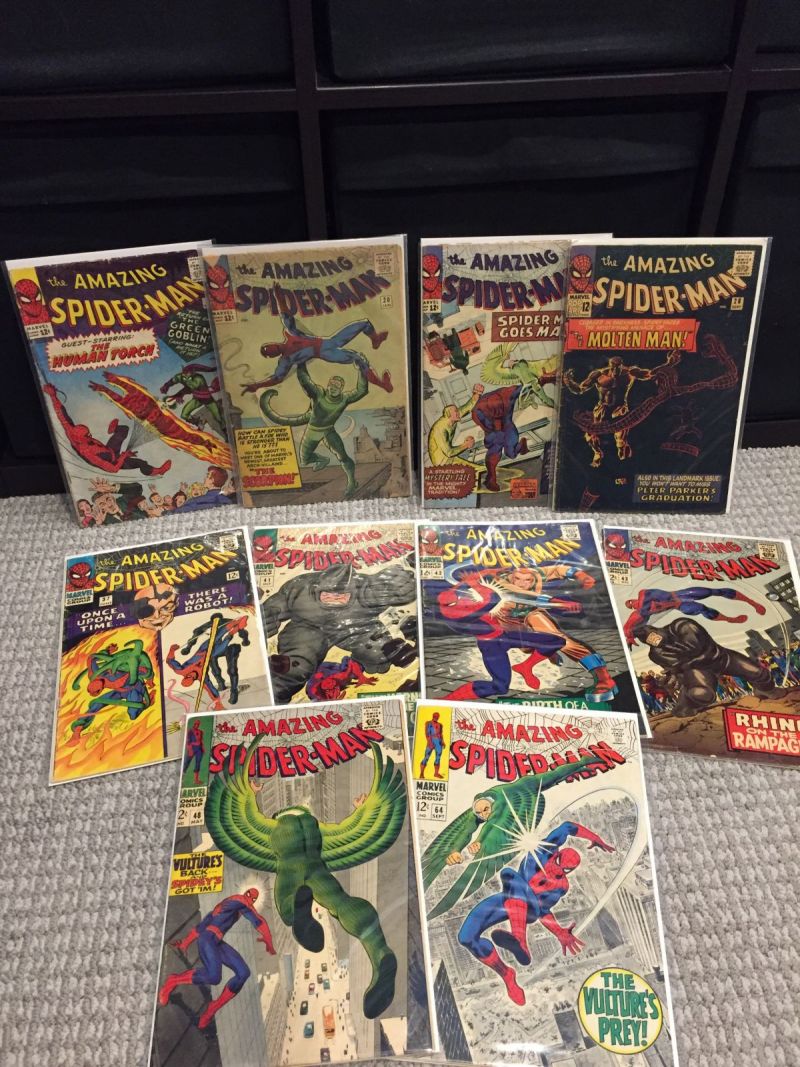 They are mostly 2.0-3.0 range books but complete and perfectly fine for me. Definitely my best Spidey score and it’s finds like these that leave me hope for more even if they are few and far between.