So here we are at number one! It was kinda tricky to dig through the memory of the past 15 years and pick out the highlights. There are loads more but most were quick ebay buys and flips or lots on ebay where I maybe made a tiny bit and kept some random issues. I tried to showcase more interesting books and finds that resonated with me in some way. But, enough chatter...time for numero uno!

I wish this one had a bit better story but because it was a find and I consider it one of my prized possessions, it takes top spot. Apologies as I have told the tale before but here goes. This was a very early Ebay buy for me, around when I first got my own account. I wanted to get all of the drug-related non-code approved issues of ASM and started with issue #97. I found a copy online and because the seller did not put much info, I just double checked that the book was complete with no coupons cut or anything missing. He replied saying it was complete but that someone had written a name on the inside cover. I was like "hmm, well I could maybe keep looking" but for whatever reason I asked what the name said. His response was that it read "Gil Kane". He did not send pictures or anything and I thought surely this was some kid writing Gil's name in the book. At any rate, I made an offer anyways, the seller accepted and the book was sent to me. I still remember the excitement opening it to this day...and seeing the below signature on the inside page. 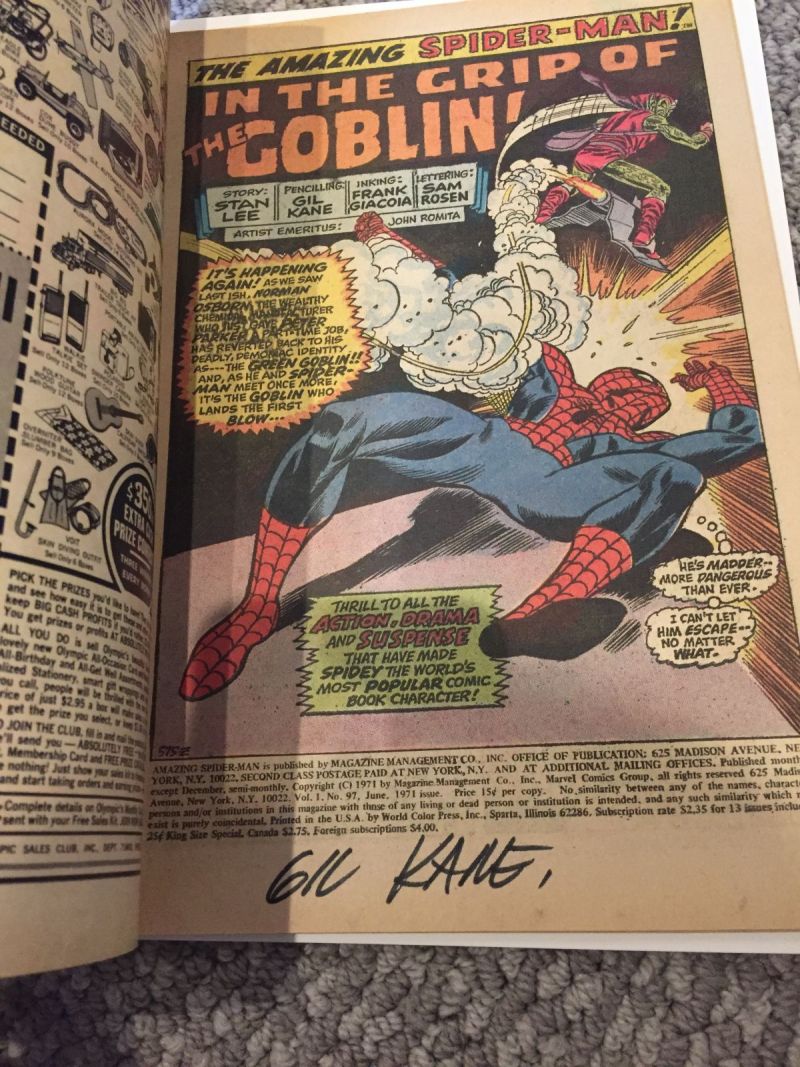 I am convinced it is Gil's. Even if it isn't, it is staying with me forever anyways. At the time, Kane's art on Spidey and other Marvel titles was some of my favourite and still is. it was also the first signed comic I ever received.

Fast forward to 2016 and the year I got married. Some coworkers wanted to get me a wedding present. One of them was going down to the Toronto Fan Expo and Stan Lee was there. He knew I loved comics and offered to take a book down for me to have signed (I also helped him acquire a copy of Dr Strange 182 which had his two fav characters on the cover and his wife a copy of Inhumans 1 from the Secret Invasion arc as that was her favourite character). I could not attend because my wedding and honeymoon were obviously priority that year. So immediately I knew what book I wanted to have signed by Stan. And here it is on the front. 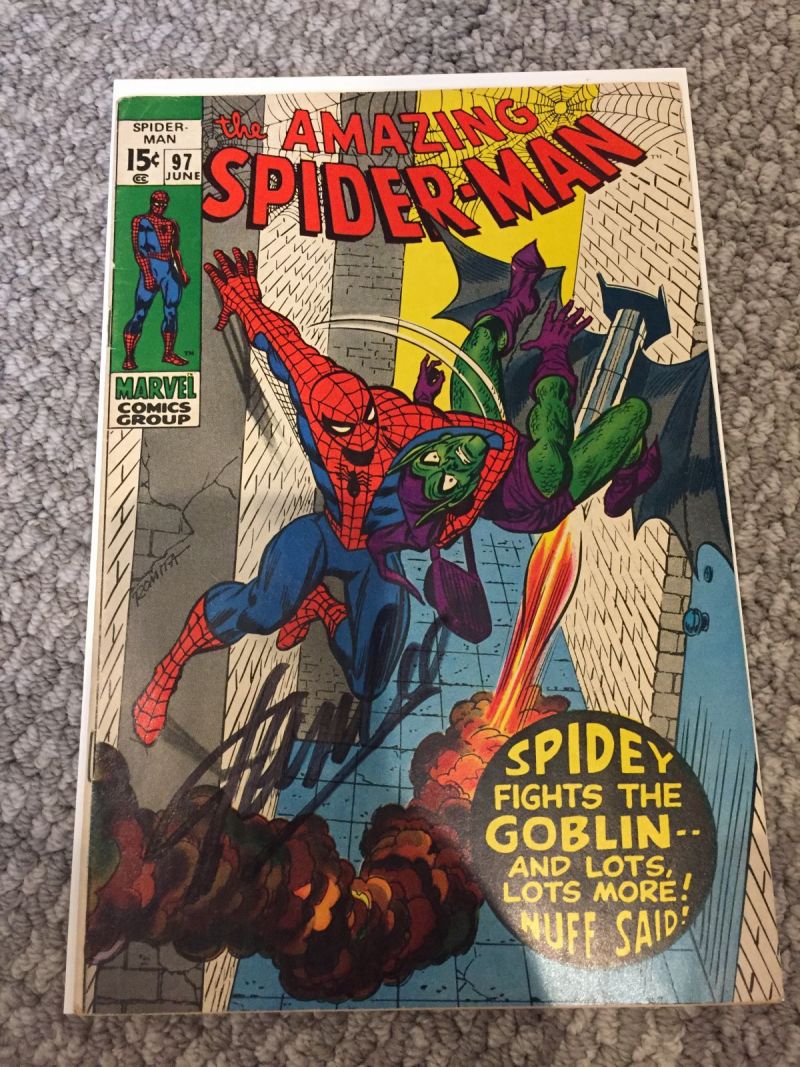 This book stands for a lot. A great score, my first signed comic, the first comic I had signed (or sent to be signed) by someone, it contains Spidey, may favourite character and is part of a great little bit of comics history having no comics code stamp on it. The trifecta would be to have John Romita sign it, I just have not gotten around to that but I need to. Overall, I am so happy I have it. It will always be the book I am most proud to own and even though I have had bigger monetary scores, it stands out amongst anything else I have added to the collection.