Everything changed in 1979.  What didn't attract me suddenly became intriguing.  In 1979, I bought my first Marvel, Fantastic Four #204 off the rack.  Something about that cover, the more complex art, fighting scene, and colors seemed more interesting to me than Richie Rich.  Since then, I started collecting just about every Marvel title I could get my hands on.  Soon afterwards, I discovered how to properly store the books - acid-free boards and boxes and Mylars.  Within a couple of years, I had accumulated several short boxes.  My dad saw these boxes lying on the floor and he built me really sturdy shelves and painted them white.  They are still there today in my old bedroom (the first 2 pictures were taken this summer).

During my early Marvel years, I started collecting Amazing Spider-man (and Peter Parker) and then X-men a little while later.  I started X-Men around issue #135 or so and tried to buy earlier issues when I had some funds.  It soon became apparent that my grail at that time was X-Men #94, as well as Spider-man #121, very pivotal keys.  Growing up in Hawaii, we had some comic shops around, but I turned to mail-order to meet my ever expanding needs.  At that time, you had to list alternatives as it wasn't guaranteed that they had your issue in stock.  Fortunately, I've kept some of these catalogs and order forms.  My first attempt at X-Men #94 was for $60, but they didn't have it.  I then tried Maxwell Seeley and here's the order form - X-Men #94 had risen to $75.  I also bought New Teen Titans as well. I don't know how I was able to spend $105 for this order.  The interesting thing is the alternates, which is on the 2nd page.  X-Men #94 and GS #1 were the same price at that time ($75) but I definitely wanted #94 more for the story.  Although GS #1 is worth more now, I'm still happy that I was able to get my grail. 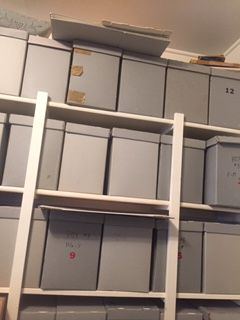 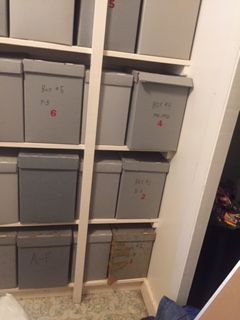 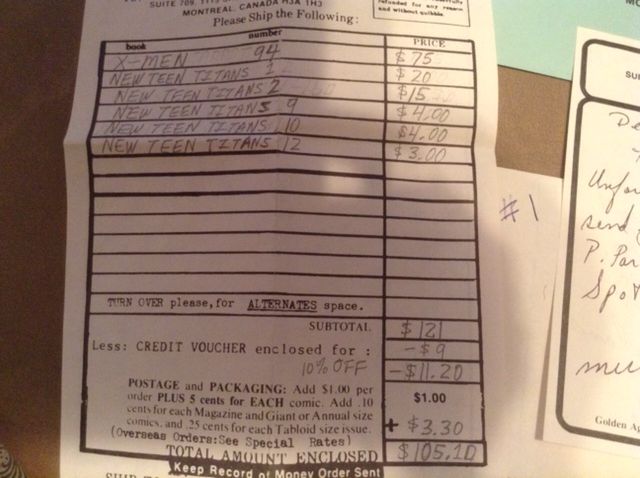 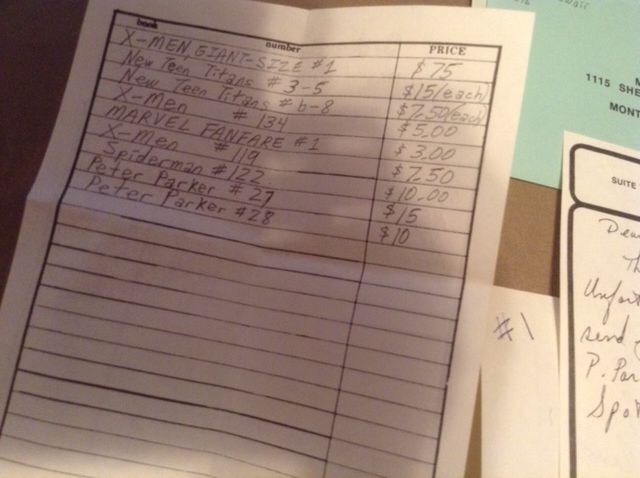