Amazing Spider-Man #16 features the 1st Daredevil crossover + the 2nd appearance of the Ringmaster and the Circus of Crime!

It’s September of 1964, and the legendary duo of Stan “The Man” Lee and Steve Ditko made history once again, by featuring Daredevil’s 1st crossover appearance into another title! This historical landmark issue can easily get overlooked due to the plethora of major 1st appearances featured in the previous fifteen issues, but make no mistake that ASM #16 is definitely a legendary issue within the iconic Amazing Spider-Man Silver Age run!

For starters, the origin and 1st appearance of Daredevil (Matt Murdock) took place in April of 1964; merely five months prior to the release of ASM #16! You’ll notice that Daredevil is featured in a yellow suit, because he didn’t begin donning his modern red suit until April of 1965, when Daredevil #7 was published exactly one year later! It’s important to note that the Daredevil title was published bimonthly for the first 11 issues (1964-1965), and only started being published monthly with issue #12 in January of 1966. Therefore, this means that Amazing Spider-Man #16 features Daredevil’s “4th” overall appearance in the history of comics!

This is MAJOR! We’re talking about two perennial Marvel superheroes facing off against each other for the very first time! In my personal opinion, ASM #16 is one of Steve Ditko’s most striking and appealing battle covers within his 38 issue run! For example, if you scan through the first fifteen issues and view the front covers, the most close-up depiction of Spider-Man is on ASM #10, which features the 1st appearance of the Big Man (Fred Foswell) and the Enforcers. However, Spider-Man is not in battle mode, but rather shown hanging on a web with the Enforcers standing in the background. In turn, ASM #16 presents the 1st issue in which we are presented with another close-up view of Spider-Man, but in the midst of battling Daredevil, who would later become one of Spider-Man’s greatest allies in fighting crime throughout NYC!

Stan Lee and Steve Ditko were also marketing geniuses of their time! To commemorate Spider-Man and Daredevil’s future alliance and partnership, in May of 1966, Spider-Man was featured in his first Daredevil crossover in <i>Daredevil #16!</i> How cool is that! These early crossover appearances laid the foundation for what would later become a cohesive and multidimensional Marvel Universe!

With the aforementioned information above, Amazing Spider-Man #16 is without a doubt a significant historical issue, and is definitely one of the top 25 most valuable ASM issues of the entire run!

According to the CGC Census Report as of Tuesday, March 23, 2021, out of a total of 1,738 Universal copies graded, only a mere 15 copies were graded in 9.6! This ratio represents a ridiculous rarity factor of only 0.9% of the total population! Furthermore, there are only 7 copies graded higher in Universal 9.8, which are extremely elusive and rarely offered for public sale. Therefore, owning a CGC 9.6 white-paged copy is virtually the very best any high-grade ASM collector can attain!

This stunning copy is WORLD CLASS in every way! For a book published in September of 1964, the vibrant colors radiate brightly as if the book was printed yesterday! It’s definitely RARE to find copies this old that are not only PERFECTLY WRAPPED & CENTERED, but also contain MILK WHITE PAGES! I am honestly surprised that this copy did not receive the 9.8 grade! The spine is super tight and I don’t really see any color breaks! The corners are razor sharp and it’s truly an immaculate specimen!

I won this pristine copy in Comic Link’s Focused Auction in December of 2020! This book goes down in history as my very 1st Stan Lee/Steve Ditko ASM acquisition, and since I am also a huge Daredevil fan and absolutely LOVE the Daredevil Netflix TV Series (2015-2018), this was the perfect early ASM issue to add to the Professor Pecora Collection! I want to give a special shout-out to Spencer of the Comic Link Billing Department for his excellent customer service skills, and to Colin Becker for providing the beautiful professional scans! 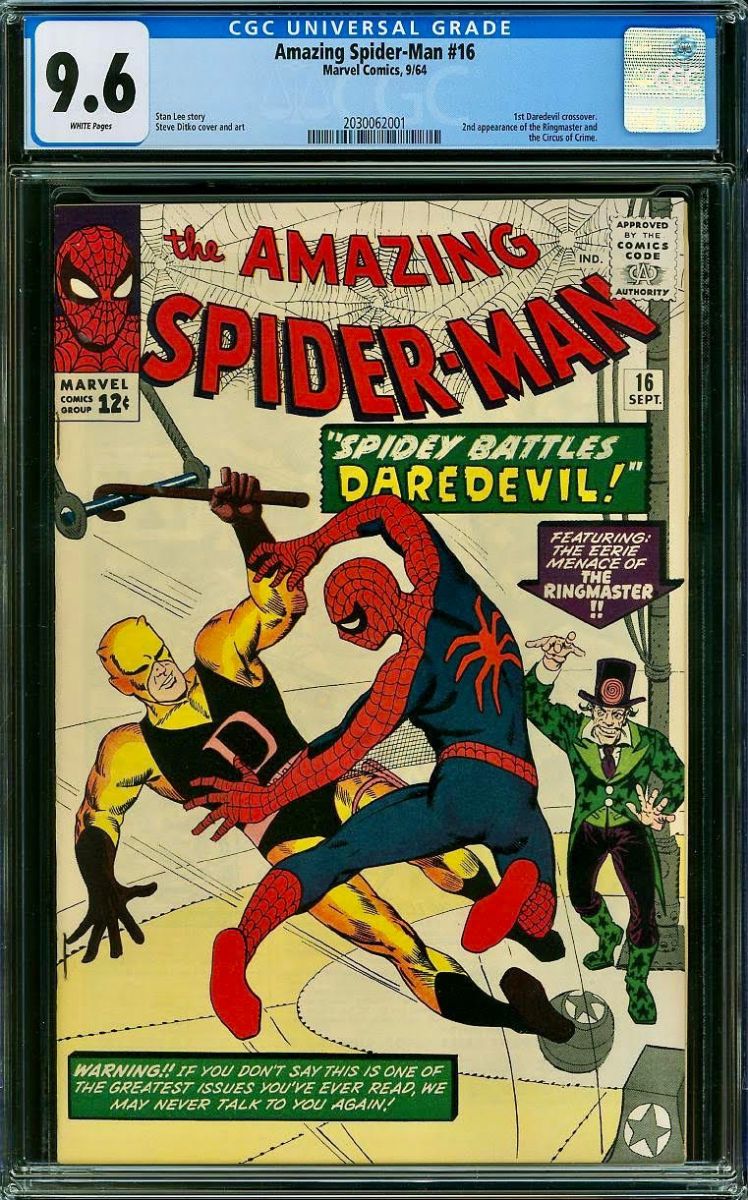 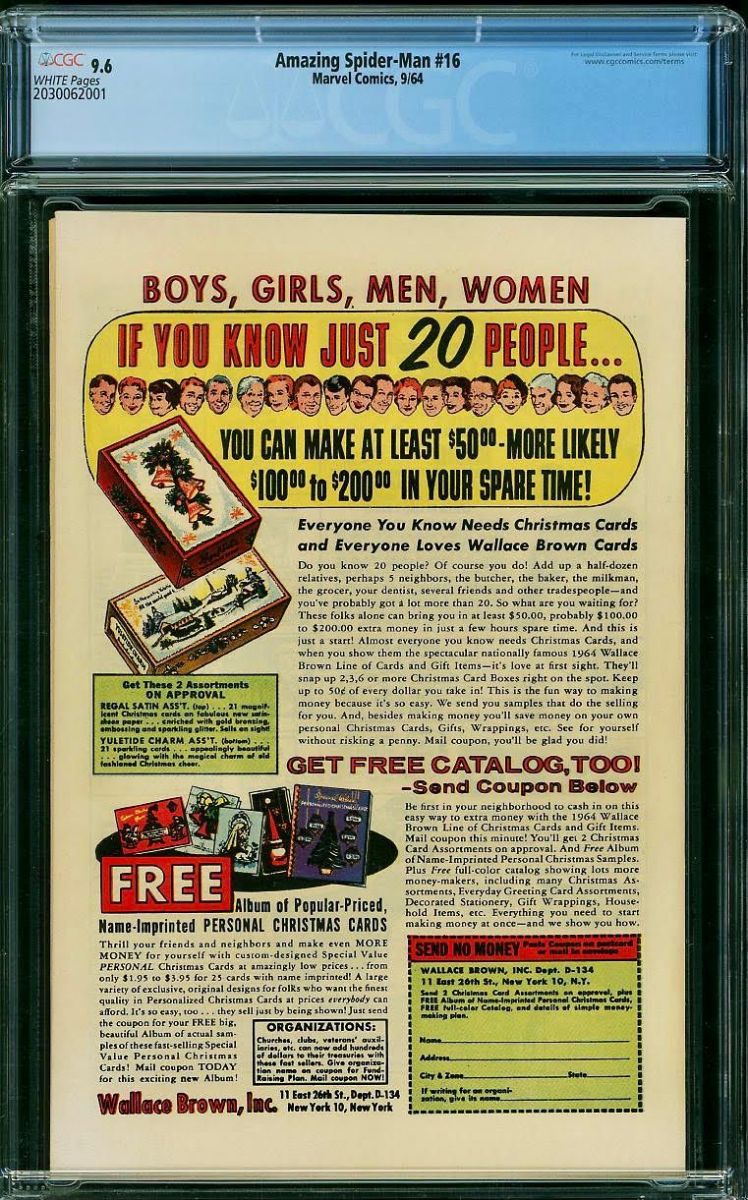