Amazing Spider-Man #124 features the 1st appearance of the Man-Wolf!

As the front cover depicts, the Man-Wolf is actually John Jonah Jameson III, the son of J. Jonah Jameson, the editor-in-chief of the Daily Bugle. He originally made his 1st appearance in Amazing Spider-Man #1, published in March of 1963, and was created by legendary writer Stan “The Man” Lee and his artistic counterpart Steve Ditko.

However, it was writer Gerry Conway who decided to turn John Jameson into the ferocious Man-Wolf in this 1973 September issue, in collaboration with John Romita Sr. providing the stunning visuals!

On the front cover, amidst a full moon triggering his powers, we see a raging Man-Wolf shattering the windows as he leaps through with his razor sharp claws ready to attack his father and Spider-Man!

In terms of color contrast, notice that the majority of Man-Wolf’s suit is yellow with green trimming; whereas J. Jonah Jameson’s suit is the same color green over a yellow shirt, which is very clever of John Romita Sr. to symbolize their father-and-son relationship! In addition, the Amazing Spider-Man title is also yellow with red trimming, which pops nicely above the light blue sky and Spider-Man’s red and blue suit! On the bottom left-hand corner, we see a light blue banner with the words presented in yellow font with red trimming that reads: “THE MARK OF THE MAN-WOLF!” What a beautiful cover!

The Man-Wolf is a very intriguing and unique character. Although his origin story takes place in the following issue—Amazing Spider-Man #125, John Jameson is an astronaut who acquired the mystical Godstone, an interdimensional ruby that eventually grafted itself into his throat after wearing it as a pendant! John Jameson had already received superhuman powers on a previous space mission that strained his mind and body, after radioactive spores invaded his space suit and hence why he had to wear a state-of-the-art, strength-restraining Jupiter suit to harness and control his enhanced power. As a result, John Jameson referred to himself as Colonel Jupiter, and you can see a beautiful John Romita Sr. depiction of him battling Spider-Man on the front cover of Amazing Spider-Man #42!

Now, after the Godstone activated under a full moon and turned John AKA Colonel Jupiter into the Man-Wolf, his strength, agility and senses increased yet again, although he was unable to speak and retain his human intelligence. Therefore, the Man-Wolf would attack anyone in his path with his bestial behavior!

Furthermore, his character gets more complex and interesting when the radioactive Godstone transports Man-Wolf to another dimension, where he becomes known as Stargod! In this realm, known as the Other Realm, John can fully transform into the Man-Wolf while retaining his speech and human intelligence; he also possesses new powers such as telepathy and energy manipulation! As Stargod, he is also highly skilled in using weaponry such as the broadsword, dagger and longbow!

With all that being said, I truly believe that high-grade copies of Amazing Spider-Man #124 are going to significantly increase in value, especially because there is a possibility that the Man-Wolf will be incorporated in an upcoming Morbius film! If this actually takes place, it would make sense because according to the comics, Morbius uses Man-Wolf as a pawn to distract Spider-Man as he searches for a cure for his vampire condition. Plus, having a vampire coupled with a werewolf is complimentary of the horror villain theme, which would make for an interesting twist in the Marvel Cinematic Universe!

According to the CGC Census Report as of Tuesday, April 13, 2021, out of a total of 801 Universal copies graded, only a mere 27 copies were graded in 9.8 with 0 copies graded higher! This represents an impressive rarity factor of only 3.4% of the total population!

This stunning copy is WORLD CLASS in every way! Published in September of 1973, it predates Amazing Spider-Man #129 (1st appearance of the Punisher) by 5 months! Due to the bordering black and brown colors on the front cover that expose the slightest of defects, high-grade copies like this gem will be difficult to acquire. Moreover, it’s also very RARE to find a PERFECTLY WRAPPED & CENTERED copy, as this beautiful specimen exhibits! In addition, the corners are razor sharp and the colors are super bright with internal MILK WHITE PAGES!

(SIDE NOTE: The scans captured multiple glares due to the inner well containing multiple ripples; it will eventually be re-encapsulated into the latest generation CGC Holder!)

I won this pristine copy in Comic Link’s Focused Auction in June of 2020! I was ecstatic when I was notified as the winning bidder and I’m proud to showcase this immaculate copy in Arachnophobia! 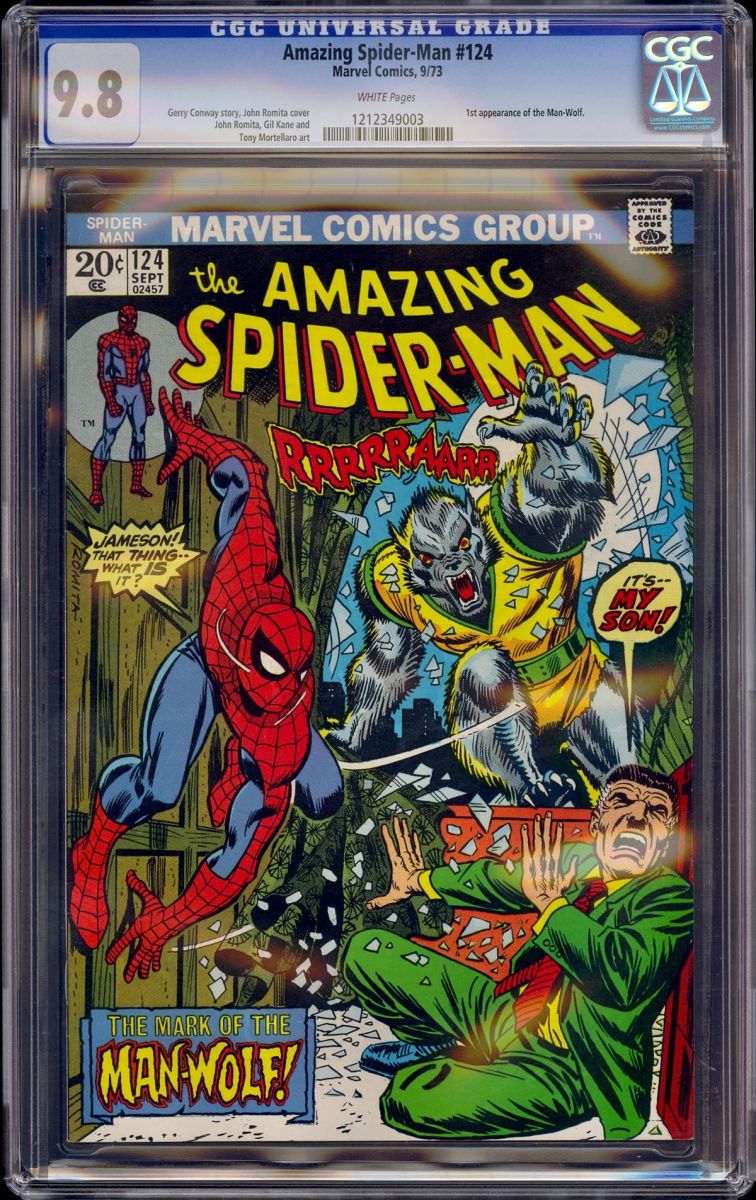 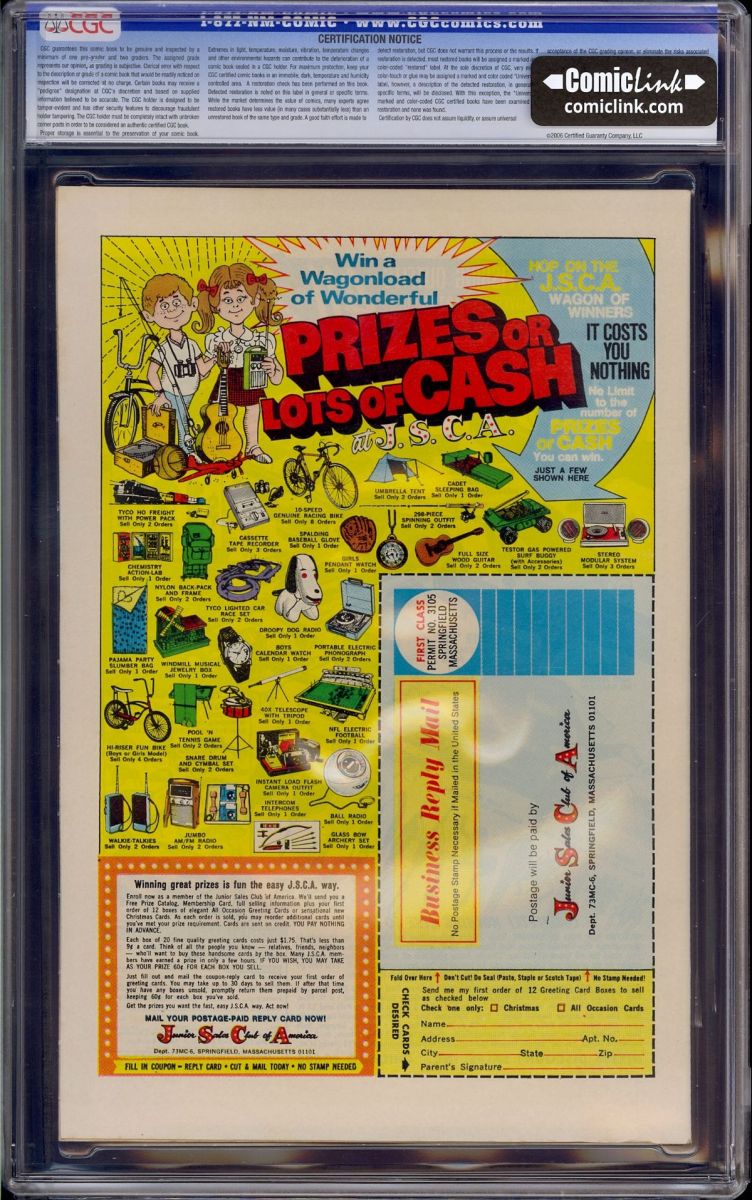