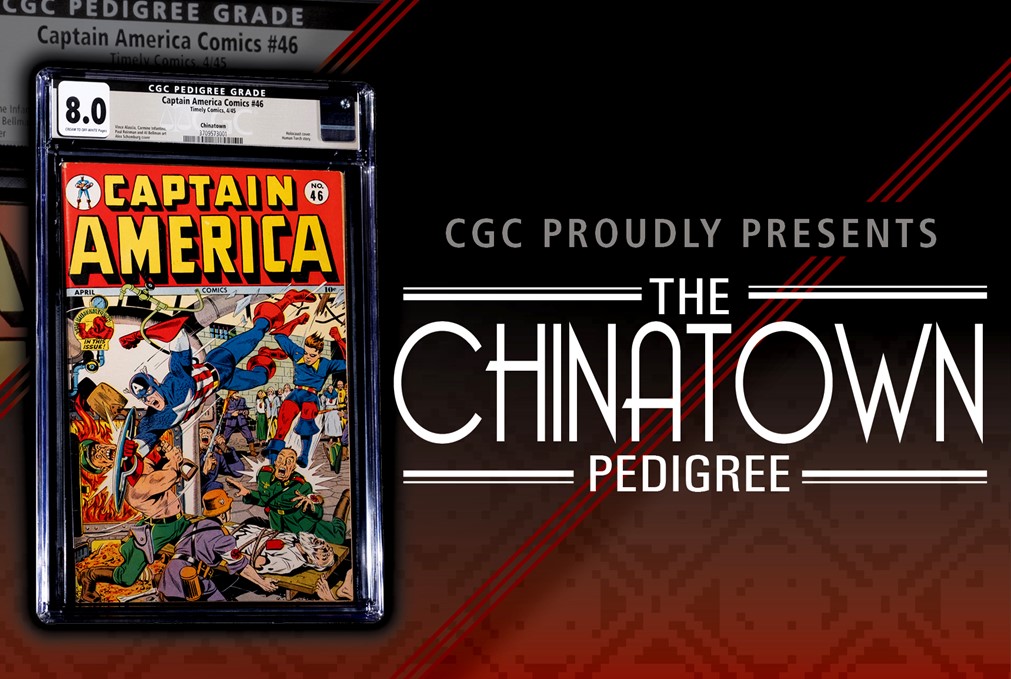 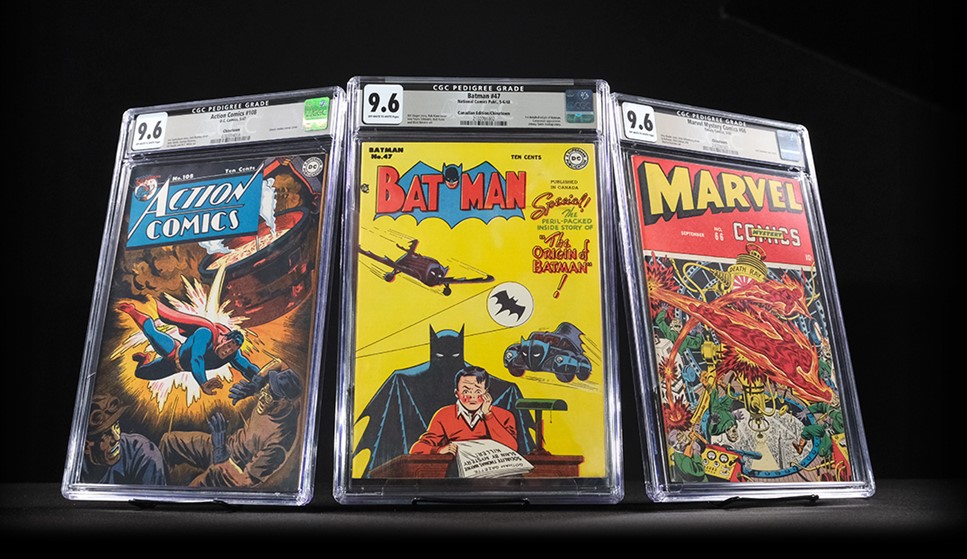 “In March of 1999 I was contacted by the family of a woman who had recently passed away. During the process of preparing the family home for sale they had discovered over 1,300 long forgotten comic books inside a cupboard in the basement. The wide-ranging collection had been started in 1944 by the late woman's husband, who had passed in 1982. The collection was added to by the daughter, who developed an interest in comic books, particularly with movie themes. The comics sat undisturbed for over 35 years.

The son-in-law was the executor for the estate; he bought an Overstreet price guide and contacted several shops. However, since they lived overseas there were two important considerations--any transaction had to be wrapped up within the week and it had to be for the entire collection. Most of the shops contacted were not in a position to make such a large acquisition in such a short time, but fortunately we could at Golden Age Collectables.

Besides the quantity, what excited me during the call was that the collection was started by an adult and stayed in one place, which typically means much better condition.

I got a list faxed to me and we arranged to meet at the store that Friday early as possible. I would have about eight hours to go through all the comics and come up with an acceptable offer.

Friday morning we unloaded from the alley. The trunk of the car opened and inside was box after box of fresh looking golden age comics…all raw, no bags, a wonderful sight!

It was a very long day but we still had time for a quick drink after concluding the deal and then he was on his way to the airport. I went back to show the staff the incredible collection that I just bought.”

The collection started in 1944 when Canada relaxed their restrictions on comic book imports. Those imports were restricted again in 1947, and once more relaxed in 1951; as such, this collection is a fascinating historical representation of American comic books available to Canadians during that period.

Many of the comics’ front covers exhibit a small Chinese symbol written in fountain pen or a stamp of a Chinese symbol, an identifying mark explained by Patrick when he learned of the original owner’s backstory:

“As I went through the comics we chatted and I got the history. His father-in-law worked as a cook on the CP (Canadian Pacific) ferry that ran between Vancouver and Victoria, British Columbia. Since the original owner was of Chinese origin it was believed that he had bought the comics for both entertainment and to improve his English comprehension skills. Commenting on the marks on the front, as I understood it, the mark is a Chinese personal identification symbol. It does not translate in a straightforward manner (or at least the people that I know who can fluently read Chinese could not explain it).” 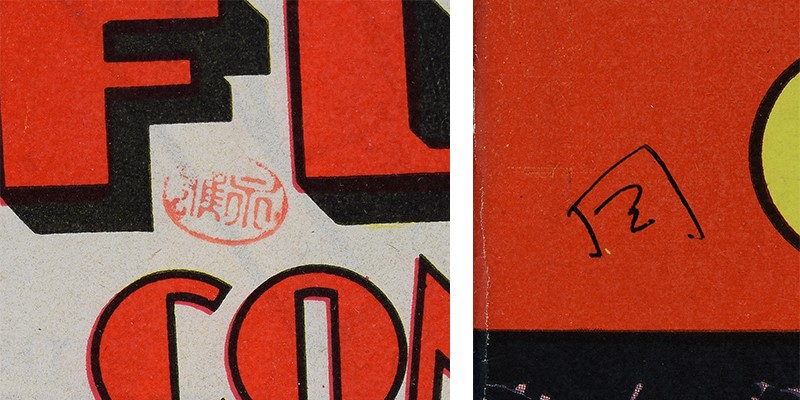 Examples of the Chinese markings found on the books

There are four different types of Chinese markings found on the Chinatown comics: a full handwritten mark of the original owner in blue or black ink, a shorthand mark also in blue or black ink, a red oval stamp, and a red square stamp. These traditional printing stamps, common in East Asia for centuries, were used in lieu of signatures. Western traders referred to them as “chop marks” or simply “chops.” More information on this can be found on Wikipedia. 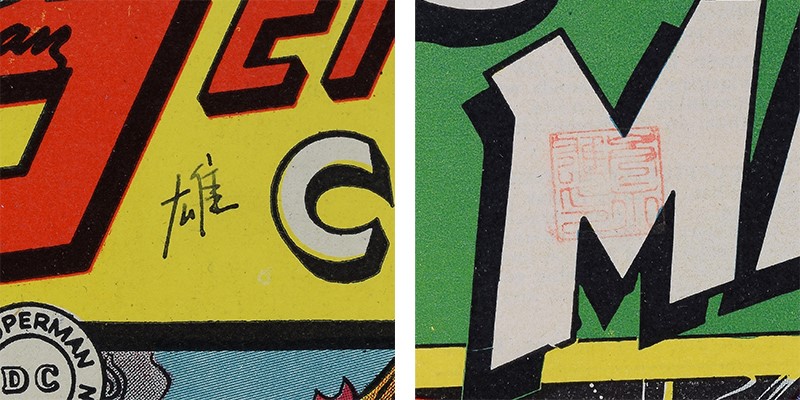 Some copies also exhibit a penciled newsstand code on the front cover or a store stamp on the back cover, as Patrick further explains:

“The most common newsstand mark includes a “V” which stands for Vancouver Magazine, one of two distributors in Vancouver at that time. There are a few comics with stamps on the back from Wilsons (Granville and Cordova) across the street from the CP station where the ferry docked. The photo of Wilsons looks to be late 1940's, although that building was torn down in the early 1960's.

The CP station visible in the background is still there but is now a terminus for commuter trains, subways and harbor ferries. There are also a few comics with back cover stamps from The Post Office Newsstand (Granville and Hastings) one block from the CP station. The Post Office Newsstand photo is circa Sept 1944; the building is still there but is no longer a post office.

Henry's was two blocks away (Pender and Richards), I can't verify if any comics were bought there but since it is on the CP’s direct route to and from Vancouver's Chinatown, I like to think that the 9.4 Funny Comics (Dizzy Don) #12 from the collection is in the photo. The Henry's photo is circa July 1944, and the building no longer exists.”

A brief description of the Chinatown pedigree and its markings join the other pedigrees listed in the resource section of CGC’s website. To view all 60 pedigrees CGC recognizes, please visit here.